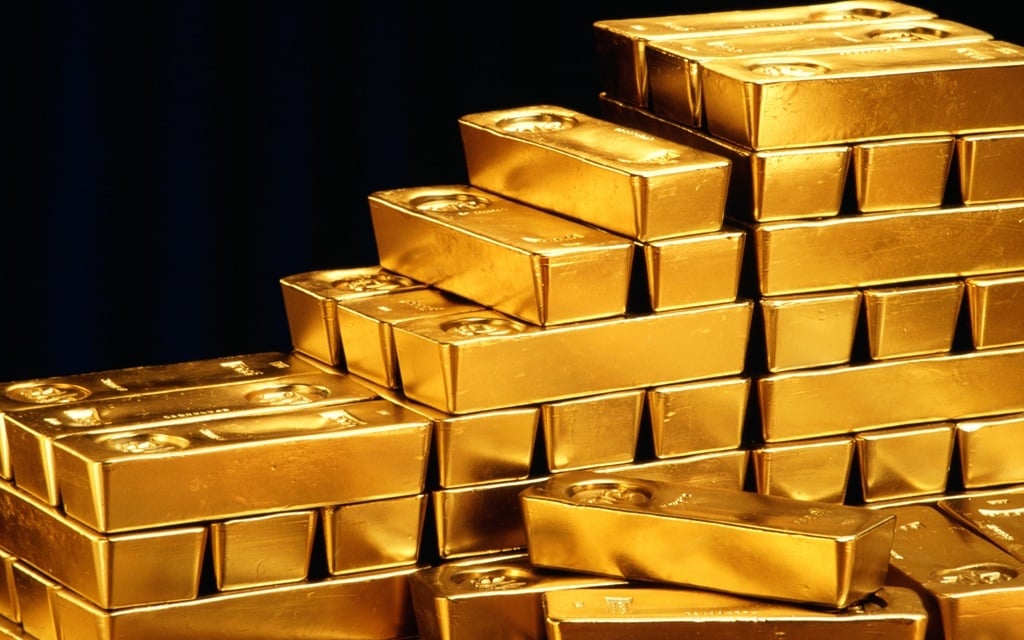 Gold steadied near the lowest level in four weeks as investors awaited the conclusion of the Federal Reserve's two-day meeting for clues on monetary policy.

The US central bank is inching toward the start of a long road to normalizing its relationship with the rest of Washington and Wall Street.

After spending the past 15 months providing unprecedented help to the federal government and investors via trillions of dollars of bond purchases, it could start preliminary discussions about scaling back that support, although actual steps in that direction are likely still months off.

Bullion's retreat from an almost five-month high comes as investors weighed inflation pressures and possible responses by central banks. Fed officials could project interest-rate liftoff in 2023, but they won’t signal scaling back bond purchases until August or September, according to economists surveyed by Bloomberg.

"The recent weakness is linked to concerns that the Fed will tighten monetary policy soon,” said Vivek Dhar, a commodities analyst at Commonwealth Bank of Australia.

"A slight strengthening of the US dollar has also weighed on the precious metal."

The bank sees a slight increase in US 10-year real yields in the medium term and a weaker dollar as the global economy recovers, said Dhar. Rising real yields should apply slight downside pressure on gold prices, while the weaker greenback should apply some upside pressure, he said, adding that bullion could trade within a range of $1,700 an ounce to $1,900 an ounce.

Prices slumped to $1,844.92 on Monday, the lowest intraday level since May 17. Silver rose, while platinum and palladium declined. The Bloomberg Dollar Spot Index was flat after rising 0.1% on Tuesday.

We live in a world where facts and fiction get blurred
In times of uncertainty you need journalism you can trust. For 14 free days, you can have access to a world of in-depth analyses, investigative journalism, top opinions and a range of features. Journalism strengthens democracy. Invest in the future today. Thereafter you will be billed R75 per month. You can cancel anytime and if you cancel within 14 days you won't be billed.
Subscribe to News24
Next on Fin24
Didiza asked to intervene in blocking of SA vegetables by Botswana, Namibia