Johannesburg – The structure of capital in the country has changed significantly since the 1980s when it was dominated by white monopoly, said former Deputy finance Minister Mcebisi Jonas.

He was delivering an address alongside former finance minister Pravin Gordhan at the University of Johannesburg on Wednesday. The pair spoke out against state capture and perceptions of white monopoly capital and radical economic transformation.

Responding to a question about the need for developing a state bank, Jonas said: “The call for a state bank is another guise to achieve another objective.”

Gordhan, who also responded to the question, said that South Africa has several state banks. Postbank, which is expected to obtain a licence before year-end, is one of them. Other banks include the Developmental Bank of Southern Africa, the Industrial Development Corporation and the Land Bank.

There are also several other entities and regional banks, some of which are well run while others have been “sources of looting”, he said.

READ: Gordhan and Jonas on corruption: Our SOEs are captured

There is no free money, Gordhan said. “Most of these institutions go to the market to borrow money and they borrow at market rates. They have to make a small margin on what they borrow to pay for administrative purposes.”

For this reason, government has built-in subsidies for some of these institutions.

But the real solution lies in growing the economy to get more revenue for the fiscus to pay for these additional demands and needs, he explained.

Gordhan added that in establishing a developmental state, its mission should be clear. A developmental state should help the poor, grow the economy and allow for a progressive tax system. It should further ensure that revenue be distributed in a way that benefits the majority of citizens and not a small group of people.

This can work through collaborations between government and business, as was seen in 2016 when efforts were made to avoid the downgrade, Gordhan said.

During his address, Jonas acknowledged that during apartheid over 80% of the JSE was owned by four giant companies, all owned by white South Africans. They controlled the mining, agriculture and financial sectors, among others.

But now some of these large segments traditionally dominated by white monopoly capital have globalised, with primary share listings on foreign stock exchanges, he explained.

Most of private capital is foreign-owned, and Jonas explained this is why the country’s investment status should remain sovereign.

Reckless borrowing, given government’s levels of indebtedness and a low domestic savings rate, negatively impacts investor confidence. “Disinvestment at this scale is a real threat to national sovereignty,” said Jonas. 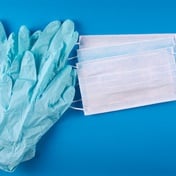 See all newsletters
Voting Booth
Do you think it was a good idea for the government to approach the IMF for a $4.3 billion loan to fight Covid-19?
Please select an option Oops! Something went wrong, please try again later.
Yes. We need the money.
11% - 866 votes
It depends on how the funds are used.
74% - 5739 votes
No. We should have gotten the loan elsewhere.
15% - 1148 votes
Previous Results
Covid-19 Money Hub
Covid-19 Money Hub - answering your business and money questions during the crisis