Karpowership SA: How much again? 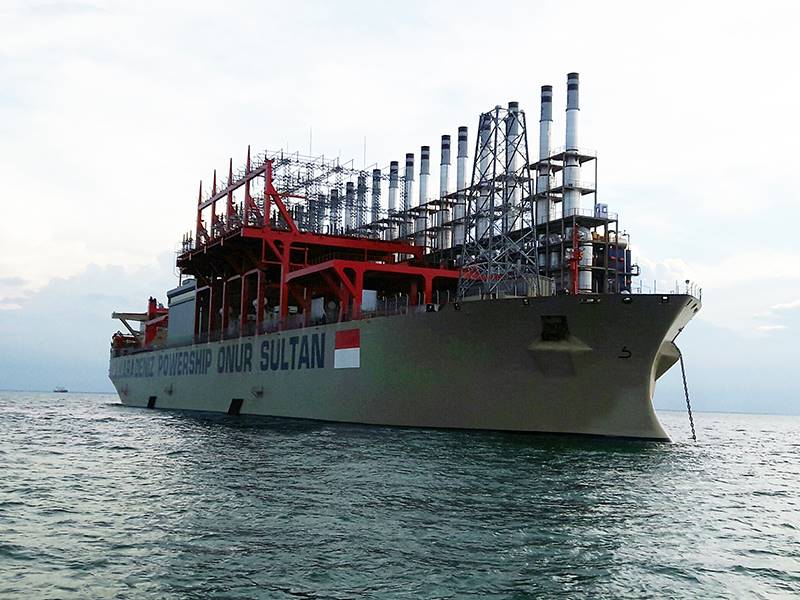 One well-publicised estimate puts the cost of the South African Karpowership contracts over 20 years at over R200 billion. This number is simply the "evaluation tariff" the company provided when it bid for allocations under the emergency Risk Mitigation Independent Power Producer Procurement programme (RMI4P), multiplied by the absolute maximum amount of power Eskom can buy from the company in terms of the programme's rules*.

The RMI4P rules also provide for a minimum guaranteed "take or pay" element where Eskom has to pay for a certain amount of power irrespective of whether it actually needs it.

This is the revenue at the level of the local subsidiary Karpowership SA which is 49%-owned by a local consortium. All of that comes from Eskom.

These however are ballpark figures because the actual tariff Karpower and other bidders will charge is tied to reigning gas prices, among other things.

These figures represent revenue, which is a good measure of what Eskom will pay but a bad measure of how much money Karpowership will make.

They include fuel costs which the company simply buys and sells onward as a "pass-through". If you remove that from the equation you get the elements that really make up Karpowership's income.

The main one is the capacity charge or, for simplicity's sake, the rental cost of the powerships.

There are also smaller items that the parent company charges the local subsidiary for, like spare parts.

Rental income and spare parts, which together make up the bulk of total revenue, all go to the international group. Smaller expenses will however occur in South Africa. According to documents that Karpowership submitted as part of its local bid, the local component of costs come to about 9.3% of the operating expenditure, excluding fuel.

So what is the contract worth to Karpowership?

As part of an ongoing court case involving allegations of corruption in the RMI4P process Karpowership has filed parts of its RMI4P bid that show the breakdown of expenses at one of its three proposed projects: Coega.

According to this document the rent paid abroad will be roughly R35 billion, with another R6 billion paid for spare parts over the 20 years. This seems to exclude the fuel-ship that will accompany the powerships. That's an additional R11.7 billion.

This can be roughly extrapolated to all three projects (Saldanha is slightly smaller). The rental over 20 years becomes around R95 billion – R4.75 billion per year.  If you convert that to dollars at an exchange rate of R14/$ you get $ 339 285 714 per year.

If you add that to Karpowership's total global rental income in 2019 the South Arican rent comes to a staggering 32% of the new total.

If you add spare parts and the fuel ships into the mix, South Africa could potentially contribute as much as 41% of the company's non-fuel revenue.

A whale of a deal indeed.

*The premise of the RMI4P is that the new power generators must provide their full contracted megawattage at a few minutes' notice and keep dispatching it until Eskom says stop. This only applies between 5am and 9:30pm – altogether 16.5 hours per day. That means the absolute maximum hours a bidder can provide power over the course of its contract is 16.5 (hours)*365 (days) *20(years). If the bidder is contracted for capacity of 1 220mw, which would be the case with Karpower, the maximum MWh sold is 16.5*365*20*1 220. Multiply that by the tariff and you get the multi-billion figure South Africa will pay.

•
We live in a world where facts and fiction get blurred
In times of uncertainty you need journalism you can trust. For only R75 per month, you have access to a world of in-depth analyses, investigative journalism, top opinions and a range of features. Journalism strengthens democracy. Invest in the future today.
Subscribe to News24
Next on Fin24
NICD says adolescents should get vaccinated since those dying of Covid-19 often also have HIV