A year in strikes: Mines hobbled, buses grind to a halt 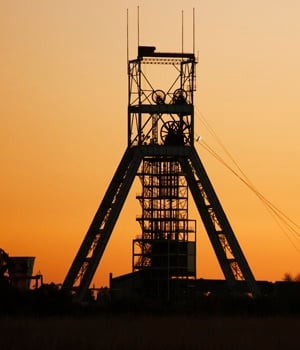 As the economy came under pressure from internal and external shocks for the most past of the year, the constrained employment sector experienced crippling strikes, as workers in various companies downed tools, demanding higher wages to cushion themselves from the rising cost of living.

The mining industry, battered by the effects of falling commodity prices and increasing operating costs, witnessed some of the most intense employee upheavals.

Below are five of the most disruptive strikes of the year.

Millions of commuters across the country were left stranded in April when bus drivers abandoned their posts across the country over wages and working conditions. On April 18, bus services came to a halt as drivers of major service provides such as MyCiti, Golden Arrow, Rea Vaya, and AutoPax, the operator of Translux and City to City embarked on a strike.

The unions initially demanded a 12% salary hike across the board, among other demands. The figure was later reduced to 9.5%, after the Commission for Conciliation, Mediation and Arbitration (CCMA) to intervened.  Drivers later agreed to a 9% wage hike for the first year and 8% for the second year, ending the strike on May 14.

A decision by the cash-strapped power utility not to offer any increases prompted a major protest by mainly NUMSA and NUM members. On June 14, workers descended on Eskom headquarters in Megawatt Park for a day of protest. The labour protest disrupted power generation, forcing the company to enforce load shedding. Eskom blames the outages on acts of sabotage, as workers blocked coal deliveries to power stations.

The NUM and Numsa were demanding 15% wage hikes, while Eskom stood firm on no increase. Power outages forced the Minister of Public Enterprises Pravin Gordhan to intervene and brought the parties to the negotiation table.

The 45-day strike at the firm’s South Deep mine saw the gold miner lose around R6m per day, as production came to a halt. Workers belonging to the National Union of Mines (NUM) were angered by retrenchments of 1 082 employees at the firm. The company said the restructuring process, announced in mid-August, was  "in response to continued high financial losses of around R100m a month at the mine.

South Deep is the world's second largest gold-bearing ore mine, but has been unprofitable for a decade, due to deep deposits and rising costs.The strike which began on November 2  ended on  December 13. The mining house reached a settlement with the workers, with retrenchments going ahead as planned.

The diversified mining giant has been hit by a strike staged by members the Association of Mineworkers and Construction Union (Amcu) which began on November 21. The workers have rejecting a three-year wage agreement signed by other unions, the National Union of Mineworkers (the NUM), Solidarity and UASA accepted the offer. They are demanding a R1,000 annual pay hike for a three-year period.

The strike has been marked by violence and intimidation, affecting operations Sibanye’s Beatrix, Kloof and Driefontein mines, with three people killed. Sibanye has filed an application at the Labour Court for an interdict to prevent AMCU members from continuing with the strike.

The energy and chemical giant insisted that it had activated contingency measures to minimise disruptions, while the union accused the company of compromising safety by making employees work who were not properly trained to replace its striking members at the Sasolburg plant. The firm refuted the allegation. The strike, which started on September 3, lasted three weeks.

Around 10 000 workers in the plastic sector have been on strike since October, demanding a 15% salary hike and a R40 hourly rate. The nationwide strike by Numsa members and the Metal and Electrical Workers Union of South Africa has been marred by incidents of violence, with a security guard killed this month after he was doused with petrol and set alight by protesters near Germinston.

Numsa distanced itself from the incident. Talks to resolve the impasse have deadlocked, following several meetings between the Commission for Conciliation, Mediation and Arbitration (CCMA) and the Plastic Convertors Association of SA (PCASA).

We live in a world where facts and fiction get blurred
In times of uncertainty you need journalism you can trust. For only R75 per month, you have access to a world of in-depth analyses, investigative journalism, top opinions and a range of features. Journalism strengthens democracy. Invest in the future today.
Subscribe to News24
Related Links
Workers have lost R56m in wages as Gold Fields strike nears four weeks
Gold Fields smuggles in workers by night to bypass strikers
National NUM intervenes in Gold Fields impasse amid ongoing violence
Next on Fin24
Golden Arrow gets interdict to prevent NUMSA strike