Inside Labour: Labour turmoil and the 2019 elections 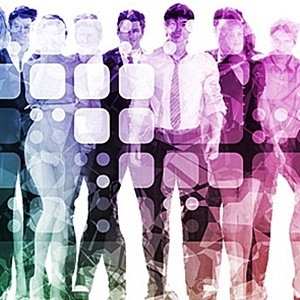 WITH only a month away from labour’s great May Day celebrations, it seems that South Africa’s trade union movement is heading towards what could possibly be major turmoil.

This all hinges on a general strike call by the country’s newest labour federation, the South African Federation of Trade Unions (Saftu) and on May Day itself.

With a slew of contentious labour law amendments before Parliament and the delay in highly contested minimum wage legislation, Saftu has called for a general strike on April 25. This is in line with Section 77 of the Labour Relations Act that allows for protest action “to promote or defend socio-economic interests of workers”.

Ironically, permission for such action, in the form of a certificate, has to be granted by the tripartite National Economic Development and Labour Council (Nedlac) that has not acceded to Saftu’s application to join. However, a certificate for such action was granted to unions that joined Saftu after its formation last year. This certificate remains valid.

Saftu, in the meantime, continues to insist that it should - as a large labour federation - have a voice in Nedlac, where Cosatu and the Federation of Unions (Fedusa) are the main labour representatives. Neither has endorsed the April 25 strike call and both, along with the smaller National Council of Trade Unions (Nactu), are signatories to the now delayed minimum wage agreement that Saftu vehemently opposes.

The Nedlac three were also party to the negotiations that gave rise to both the proposed labour law amendments and the minimum wage deal.

Given this, it is scarcely surprising that Saftu has announced that a call to support the April 25 strike will be made to “rank and file workers from all unions and federations”. At the same time, support has already been pledged by a range of campaigning and political groups including the Right2Know, Lawyers for Human Rights and the International Labour Research and Information Group.

All four federations have, however, expressed reservations about aspects of the labour law amendments that would make the hard won right to strike much more difficult. But Nedlac’s labour members see the minimum wage proposal as a “necessary start of a process” that they argue might lift millions of working poor out of destitution.

However, although much has been made about the claim that the minimum wage will be R3 500 a month, the legislation, as it stands, is for R20 an hour, with R18 for farm workers and R15 for domestics, these amounts to be upgraded over three years.

According to critics - and I am one - this hourly proposal reinforces the existing casualisation of the workforce since there is no requirement for employers to employ workers for any set number of hours.

This is the notorious “zero hours” system that operates in several countries, including Britain where many workers do not know from day to day, let alone week to week, how any hours work they may be given. Informally, this system already functions throughout South Africa.

That there is considerable disquiet throughout the labour movement about these latest moves, there is no doubt. The only question is whether another series of blows at this time of ongoing job insecurity and economic difficulty will result in greater apathy or in an outpouring of anger.

April 25 should provide a good indication of the mood within the labour movement and the country as a whole, as will the turnout and attitudes expressed at the traditional May Day rallies.

An almost certain additional feature in all of these will be the Youth Employment Scheme (YES) announced at Nedlac this week by President Cyril Ramaphosa. He claimed that this latest in a series of such schemes could “revolutionise the absorption of young people into the labour market”.

Lack of educational qualifications or experience would be no bar: the scheme will be open to all young men and women between the ages of 18 and 35 who will be paid R2 500 a month for a year as interns working for companies and organisations. Ramaphosa maintains this will “place a million unemployed youth in paid internships over the next three years”.

Fedusa was the first labour federation to endorse the scheme, stating that it would be taking in such interns. However, a number of trade unionists from Cosatu, Fedusa and Nactu unions, along with Saftu, express a more cynical view: they see the scheme as yet another rehash of similar failed projects over the years.

There does seem nothing new in the YES, but it has been introduced as political parties start to gear up for what promises to be a hard fought 2019 general election. As such, and with the 18- to 35-year age group being an important voting demographic, a cynical view of the YES seems appropriate.