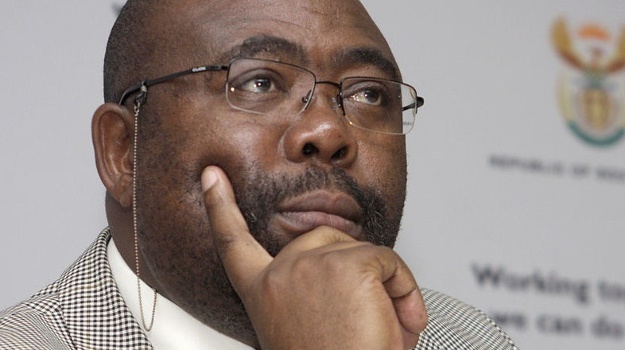 Several issues preventing foreign nationals, who are documented and are legally employed in South Africa, from receiving Covid-19 benefits are being addressed and some of these employees will be paid this week, according to the department of employment and labour.

During a briefing by the Minister of Employment and Labour Thulas Nxesi on Sunday on workplace readiness as the country moves from level five to level four of its Covid-19 response, it was announced that a further R2.4 billion in benefits from the Temporary Employer / Employee Relief Scheme (TERS) has been cleared for payment to 29 000 employers on Monday. Those employees set to benefit include South Africans and foreign nationals, Deputy Minister Boitumelo Moloi said.

Moloi noted that there had been delays initially in the disbursements but there has since been progress. The bulk disbursements of Covid-19 TERS amounts to R5.3 billion and has reached 98 employers and 1.1 million workers.

When asked about whether foreign nationals, who are in the country legally and are legally employed, would be paid Unemployment Insurance Fund (UIF) similar to their South African counterparts, Nxesi noted that there had been issues with disbursements, either related to bank accounts or with South Africa Revenue Service (SARS), but which have since been sorted. But Nxesi stressed that illegal foreigners, who are not documented cannot be paid. "Those who are illegal, who are not documented, it is clear we cannot do something illegal ourselves." He called for employers to comply with the law.

Advocate Mzi Yawa, of the UIF, further explained that various categories of employees had not yet been paid, regardless of whether they were foreign nationals or South African. "The law is blind to whether you are a foreigner or South African," he said. "Everyone gets the same pay, according to the [UIF] formula … all are equal before the law," he added.

According to Yawa, some 50 000 claims have not been paid because of errors in applications. There are some 12 000 claims which had banking errors. The UIF worked with the Banking Association of South Africa to sort out this errors. A further 486 000 employees are regarded as undeclared or uninsured – these are employees who do not register on the UIF database because employers pay UIF contributions through SARS. But government has worked with SARS on this matter and 87% of these cases have been cleared and will be paid, he explained. These claims amount to R1.9 billion and are to be paid next week.

Employees can also claim from the Compensation Fund, for having contracted Covid-19 from the workplace. So far 42 claims have been received, Moloi confirmed. Only one application had been rejected on the grounds that Covid-19 was not an occupationally acquired disease, Moloi said.

Anyone who intends to claim form the Compensation Fund should provide a clinical report showing that you have tested positive for the virus, Moloi explained.

The department has also noted that certain groups of workers were not covered by the UIF, such as those in the informal sector and freelance workers. "This matter is firmly on the agenda. At this point, the responsibility remains within the realm of Social Development and the President’s undertaking to expand the social security safety net,"  said Nxesi.

*The article and headline has been amended on Monday 5 May at 17:10 to reflect that the R2.4 billion will be paid to 29 000 employers, not employees as previously stated.

We live in a world where facts and fiction get blurred
In times of uncertainty you need journalism you can trust. For 14 free days, you can have access to a world of in-depth analyses, investigative journalism, top opinions and a range of features. Journalism strengthens democracy. Invest in the future today. Thereafter you will be billed R75 per month. You can cancel anytime and if you cancel within 14 days you won't be billed.
Subscribe to News24
Related Links
Coronavirus safety regulations for mines to be published this month, court rules
INSIDE LABOUR | Hiding behind a coronavirus scapegoat
Next on Business
Numsa 'condemns' Comair management for workers not getting paid