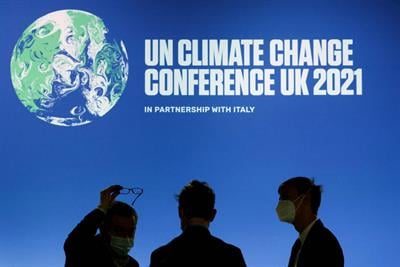 The JetP was brokered at COP26 in Glasgow a year ago

SA's groundbreaking climate finance deal - that will see the country access around $8.5 billion (R152 billion) in grants, concessional loans and commercial funding from the world's wealthiest nations, to support the transition to cleaner energy - has reached a critical milestone with the completion of a draft investment plan.

The investment plan, which was drawn up by SA to present to the International Partners Group (IPG), maps out the proposed projects on which the funds will be used. The funding will be project-finance based and released against benchmarks agreed for the specific projects.

The IPG includes the governments of the UK, the US, France, Germany, and the European Union. Together with SA, they comprise the Just Energy Transition Partnership (JetP).

The JetP has been almost a year in the making. It arose from a deal struck at the COP26 conference in Glasgow last October. To demonstrate progress, the investment plan needed to reach a degree of finality by the time the world meets again at COP27, which will be held next month in Egypt.

The draft was presented to the IPG for their comment and will serve before the Cabinet's interministerial committee next week. It must then be approved by Cabinet.

There are also project proposals for industrialisation in Mpumalanga, where most of SA's coal-fired power stations are located, skills training projects to reskill workers, and support for municipalities in the distribution of electricity.

READ | Rich nations to fund 80% of SA's climate plan with loans, some hard to unlock

The JetP was viewed as a possible prototype for how the developed world could assist poorer countries in transitioning to cleaner fuel sources.

However, it has been complicated to negotiate, as each funding country has its own requirements in the disbursement of donor money and concessional funding.

We live in a world where facts and fiction get blurred
In times of uncertainty you need journalism you can trust. For 14 free days, you can have access to a world of in-depth analyses, investigative journalism, top opinions and a range of features. Journalism strengthens democracy. Invest in the future today. Thereafter you will be billed R75 per month. You can cancel anytime and if you cancel within 14 days you won't be billed.
Subscribe to News24
Next on Business
Construction starts on South African mega telescope, which may unlock universe's mysteries