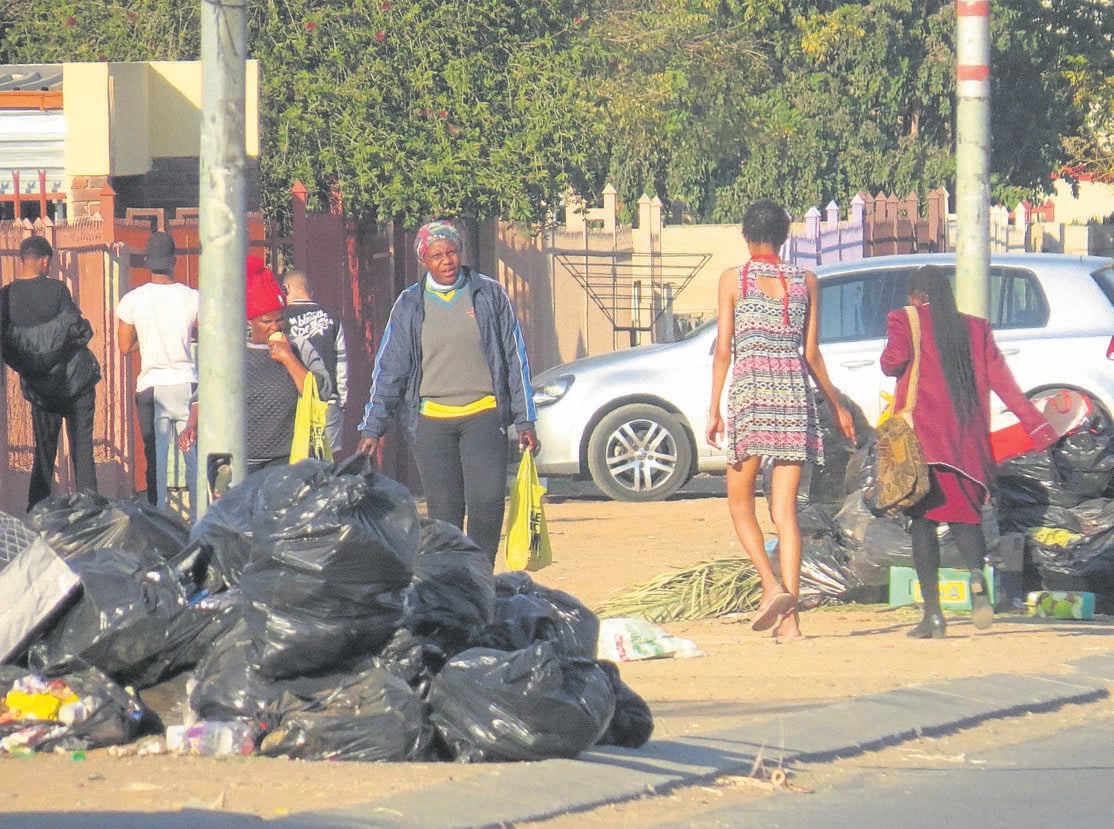 Refuse bags waiting to be collected in the Mangaung Metro Municipality.
Teboho Setena

Continued governance and financial failures at South Africa's municipalities have left them open to disaster as the Covid-19 pandemic cuts into their revenue collections, Auditor General Kimi Makwetu has warned.

Makwetu released his Auditor General's report into the audit outcomes of local government for the 2018-19 financial year on Wednesday, which found that only 20 of the country's 257 municipalities received a clean audit opinion.

"Local government, as it has been for many years, has not had much resources to carry out its duties due to economic constraints and many headwinds that have occurred. However, we have also had that we have not always had the right hands at the till," Makwetu said.

Municipalities are still struggling to collected revenue raised from providing services to households and businesses.

South Africa currently has 151 209 confirmed Covid-19 cases, with 2657 deaths. Cases and deaths are expected to worsen significantly with the pandemic only projected to peak in August.

According to the municipal audit outcomes for the 2018-19 report, some 60% of the revenue shown in the books of councils will never find its way into the bank accounts of the municipalities.

However, much of this increase in allocations may very well go to waste, as the Auditor General's office found a rise in irregular expenditure and stubbornly fruitless and wasteful expenditure by local government.

Too many municipalities have the "...wrong people at the till," Makwetu said. Municipalities spent a total of R1 billion on consultants in 2018-19, and still could not improve outcomes significantly.

In the period under review, fruitless and wasteful expenditure increased by R2 billion, while unauthorised expenditure remained at R11 billion. Irregular expenditure stood at R32 billion.

Makwetu said most municipalities did not know the extent of their physical assets. His office has introduced asset management requirements as a preventative control to improve administration of assets. "The longer you stay having not addressed governance weaknesses, the closer you will get to bankruptcy," he warned.

The North West Province and the Free State did not have any municipalities that produced a clean audit or unqualified audit opinion. Nine municipalities were found to have had material irregularities.

The Auditor General has introduced a number of preventative measures, including a "material irregularity instrument", which will allow detailed investigation of specific transactions or financial statements, as opposed to a mere audit opinion of the entire council.

Makwetu added that, under the audit law amendments, municipalities could no longer address adverse findings without the office of the AG investigating their finances further.

Deputy Minister of Cooperative Governance and Traditional Affairs, and former Johannesburg Metropolitan Municipality executive mayor, Parks Tau, said while financial challenges do exist, many problems in the municipal environment are due to governance lapses and administrative control issues.

"The AG analyses issues that are fundamental and need to be attended to. There are fiscal constraints, they do limit the way that local government carry out its responsibility. It is critical that we develop the financial and governance capacity to respond to this," said Tau.

See all newsletters
Voting Booth
Do you think it was a good idea for the government to approach the IMF for a $4.3 billion loan to fight Covid-19?
Please select an option Oops! Something went wrong, please try again later.
Yes. We need the money.
11% - 817 votes
It depends on how the funds are used.
74% - 5409 votes
No. We should have gotten the loan elsewhere.
15% - 1080 votes
Previous Results
Covid-19 Money Hub
Covid-19 Money Hub - answering your business and money questions during the crisis