Mahlobo is the third energy minister this year. Tina Joemat-Pettersson was axed in March after the nuclear programme was halted following a court ruling. Her successor, Mmamoloko Kubayi, was this week redeployed to the communications ministry, with speculation that President Jacob Zuma was not happy with her progress in restarting the nuclear procurement programme.

Critics and opposition parties have warned that Mahlobo’s appointment could be an attempt by Zuma to push through the nuclear deal, as the president’s leadership position hangs in the balance ahead of the ANC’s elective conference in December.

4GW of new nuclear next to Koeberg

His appointment comes as the Department of Environmental Affairs (DEA) last week authorised its Final Environmental Impact Report for the power station at Duynefontein, giving Eskom permission to develop a new nuclear plant next to the existing Koeberg power station.

Koeberg, based outside Cape Town, is Africa’s only nuclear power station and contributes 6%, or 1.8GW, to South Africa’s power grid.

Citing the outdated 2010 Integrated Resource Plan (IRP), which states that South Africa requires 9.6GW of nuclear energy before 2030, Mahlobo said the latest development forms part of a “policy decision to pursue nuclear energy as a baseload energy form to mitigate our carbon footprint”.

"South Africa recognises the role of nuclear power in ensuring security of energy supply and meeting the challenge of climate change," he said. "South Africa has made a policy decision to pursue nuclear energy as part of the energy mix and recognise the role of nuclear as a base-load source of energy in ensuring security of supply and climate change mitigation."

A new IRP has been promised by the end of 2017 or the beginning of 2018. The draft IRP delayed developing any nuclear energy until 2037, but there is speculation the final policy could bring nuclear back in as a requirement.

He was speaking at the Gen Four International Forum, a conference of nuclear experts focusing on developing safer, cleaner and more advanced nuclear energy technology.

Mahlobo said South Africa follows an energy mix strategy, which includes gas, renewable energy, coal and nuclear. However, he said nuclear is seen as an important base-load, zero carbon technology that would help bring energy security to the country.

"Some of the energy sources are intermittent supply and while others, such as nuclear and coal, are base-load supply," he said.

South Africa’s controversial pebble bed project was an attempt at developing generation four reactors, but this was cancelled in 2010. The project has since been revived in a limited form by Eskom. “We remain interested to deploy such technology into the future,” Mahlobo said.

"At this stage, we are focusing on readily deployable technologies to address our electricity demand needs going into the future as our coal fired power plants become decommissioned."

"Sustainability of our environment is key, and being a committed party to the Paris Convention, South Africa has set ambitious carbon reduction targets, which generation four reactors will continue the tradition of nuclear power being the lowest carbon emitter from all energy sources.

"With the advent of reduced waste from these systems, there is no doubt that nuclear power itself will be more sustainable than ever.

"The further improved safety of generation four systems will surpass this benchmark, and hopefully cure the myth that nuclear is an unsafe source of energy," he said.

Allegations that Mahlobo's appointment is a desperate bid by Zuma to get the nuclear new build programme off the ground hinge on revelation that he accompanied Zuma (with Deputy International Relations Minister Nomaindia Mfeketo) on a state visit to Russia in 2014, where he met with Putin at his residence in Novo-Ogariovo. No aides, advisers or wives went along, creating a veil of secrecy.

It has been widely speculated that Zuma and Putin struck a deal on nuclear cooperation at this meeting, but no evidence has ever emerged to confirm this. Rosatom, Zuma and the Department of Energy have consistently denied such a deal.

Democratic Alliance energy spokesperson Gordon Mackay said South Africans should be deeply concerned. “This is the state securitisation of the energy department. It started under Kubayi and will be completed under Mahlobo.”

We live in a world where facts and fiction get blurred
In times of uncertainty you need journalism you can trust. For only R75 per month, you have access to a world of in-depth analyses, investigative journalism, top opinions and a range of features. Journalism strengthens democracy. Invest in the future today.
Subscribe to News24
Related Links
Nuclear: 'Mahlobo may be the bulldozer Zuma needs'
David Mahlobo, the nuclear deal's new best friend?
Cabinet reshuffle: Nuclear will place economy in dire danger - economist
Next on Fin24
De Ruyter acknowledges whistleblower Bianca Goodson's role in Eskom's recovery of R1.6bn 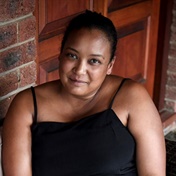 See all newsletters
Voting Booth
Have you claimed the interest on your rental deposit?
Please select an option Oops! Something went wrong, please try again later.
Yes, and I've gotten it.
25% - 28 votes
No, I did not.
49% - 54 votes
My landlord refused
25% - 28 votes
Previous Results
Covid-19 Money Hub
Covid-19 Money Hub - answering your business and money questions during the crisis