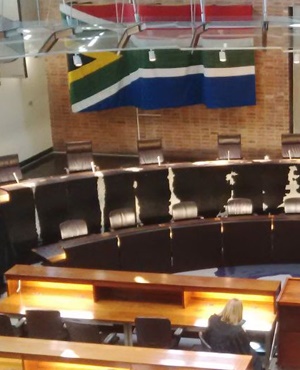 Cape Town – The Constitutional Court on Tuesday ruled that new home owners are not liable for historical debt taken over from previous owners.

Municipalities such as Tshwane, eThekwini and Ekurhuleni – as well as the cooperative and governance minister - argued against a landmark high court judgment in 2016, which made a similar ruling.

"The applicants complained that they faced darkness, having no electricity, and many other inhumane conditions because they bought property whose previous owners failed to meet their obligations to the municipality," the court explained in a media briefing.

The municipalities had argued that it was lawful for them to attach and sell a newly purchased property to extract money for debt owed to them.

In a unanimous judgment, the court ruled that the provision in Section 118 (3) of the Local Government: Municipal Systems Act, 2000 is well capable of being interpreted so that the charge does not survive transfer, the court explained.

“The court held that a mere statutory provision … that a claim for a specified debt is a ‘charge’ upon immovable property does not make that charge transmissible to successors in title of property.

“Public formalisation of the charge is required so as to give notice of its creation to the world.”

The court ruled that, to avoid unjustified arbitrariness in violation of 25(1) of the Bill of Rights, Section 118 (3) must be interpreted so that the charge it imposes does not survive transfer to the new owner.

As such, the ConCourt said it did not need to confirm the high court ruling, but granted the applicants a declaration that the charge does not survive transfer.

The municipalities and the minister were ordered to pay costs.

CALL OUT: Have you ever had to take over the debt of the previous owner on your new home? Share your experience, email editor@fin24.com