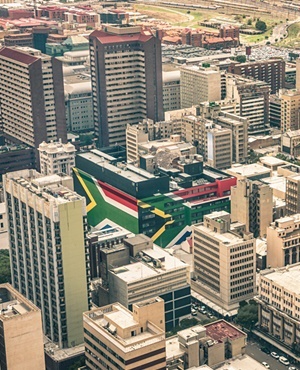 Johannesburg – The economic impact of obesity in South Africa is more than R700bn per year, a study revealed.

According to the Discovery Vitality OBEcity index for 2017, which presents insights on weight status and food purchasing behavior of Vitality members across six South African cities, the impact of obesity is not only limited to the health of individuals but the economy too. The study covers the cities of Johannesburg, Pretoria, Cape Town, Durban, Bloemfontein and Port Elizabeth.

Globally, statistics show that overweight women are predicted to earn 11% less than women of a healthy weight.

Among the contributors to obesity is increased consumption of sugar, salt, fat and animal products.

“Sales of ready-made meals, snack bars and instant noodles increased by 40% between 2005 and 2010,” the report read.  “Fast food consumption continues to grow, negatively impacting our weight.”

Dr Craig Nossel, head of Vitality Wellness, explained that there is a direct correlation between weight status and wealth outcomes. “People with an unhealthy bodyweight incur a direct increase in healthcare costs of approximately R4 400 per person per year.”

The study showed that Cape Town is the healthiest city, with 53.5% of Vitality members having a normal weight status. These people also purchase the most vegetables and fruit compared to other cities.

“Port Elizabeth and Bloemfontein have the worst weight status, with 48.8% of residents having a healthy weight status in both cities,” the report read.

The report also showed that members in Durban and Port Elizabeth purchased the least portions of fruit and vegetables.

Related Links
The lazy, junk-food generation
#SugarTax: Have you tried to cut down on sugar?
Sugar Tax: A bitter debate
Share
Next on Fin24
SA sheds 2.2 million jobs in the second quarter See all newsletters
Voting Booth
Do you think it was a good idea for the government to approach the IMF for a $4.3 billion loan to fight Covid-19?
Please select an option Oops! Something went wrong, please try again later.
Yes. We need the money.
11% - 1382 votes
It depends on how the funds are used.
73% - 8948 votes
No. We should have gotten the loan elsewhere.
16% - 1979 votes
Previous Results
Covid-19 Money Hub
Covid-19 Money Hub - answering your business and money questions during the crisis