Pandemic, lockdowns and now unrest - even more look to govt for relief as jobs are culled 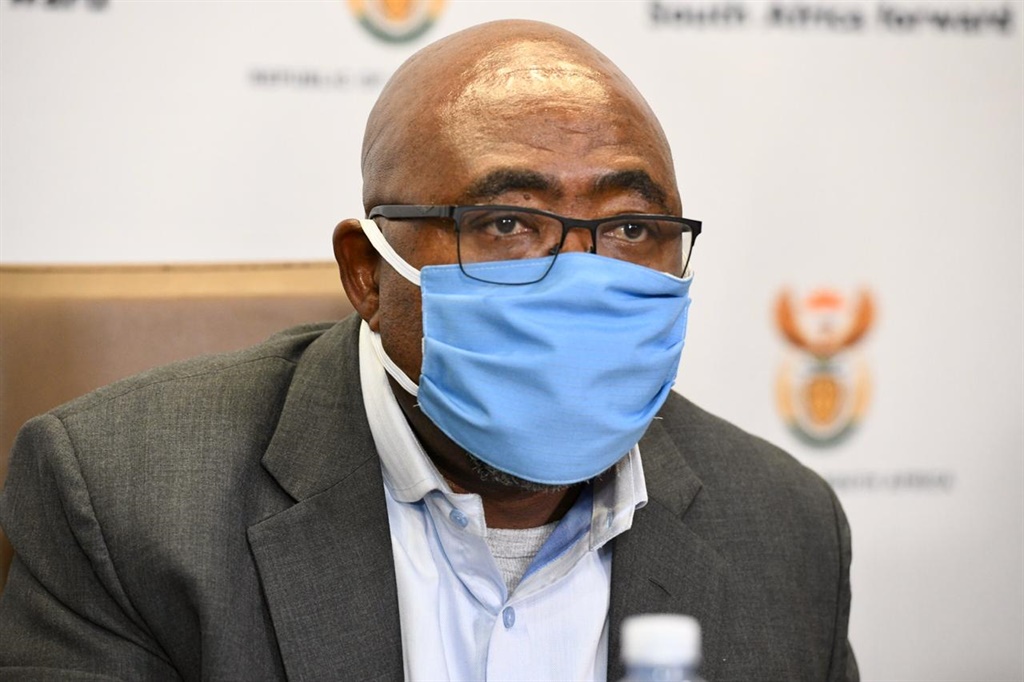 After more than a year and a half of bottleneck applications, changing requirements and coming to grips with unwarranted payments and instances of fraud, government has placed the Unemployment Insurance Fund (UIF) front and centre of its response to a whole new crisis.

Employment and Labour Minister Thulas Nxesi said his department would soon develop and issue a directive for the Unemployment Insurance Fund (UIF) to assist employees who have been laid off or lost their jobs due to the unrest that rocked South Africa this month.

Processes were in place to fast-track payments, he said.

Nxesi was briefing reporters on Wednesday afternoon following meetings his department had with the National Economic Development and Labour Council (Nedlac). This also comes as the UIF reintroduced the Covid-19 Temporary Employer-Employee Relief Scheme (TERS) – which enables businesses unable to operate under lockdown to process payments to employees – earlier this week.

The unrest, sparked by the arrest of former president Jacob Zuma, was characterised by the looting of stores and the destruction of businesses, causing billions of rands worth of damage as well as widespread job losses. President Cyril Ramaphosa deployed South African National Defence Force personnel on the ground to support the South African Police Service with restoring order.

Nxesi said the UIF TERS already assisted 5.4 million workers with over R61.2 billion in disbursements in 2020, while a further extension until 15 March 2021 assisted 74 000 workers, where over R703 million was disbursed.

"Under the latest adjusted level 4 lockdown the fund has extended this relief further with an estimated budget of R5.3 billion for which applications have been opened," said Nxesi.

Nxesi said the Department of Employment and Labour would also commit to assisting workers who have been affected by the recent unrest in Gauteng and KwaZulu-Natal.

He said the department estimated that 75 000 employees were affected by the unrest in the two provinces, either through temporary work stoppage or outright retrenchment.

The department aimed to help those for whom no other relief was available, he said.

"The Unemployment Insurance Fund has a basket of benefits that can serve as intervention mechanism to the affected workers and companies as a result of the unrests.

"It should be mentioned upfront that there is currently no benefit quite suitable for the current situation, and Covid-19 TERS cannot be applicable as it was established as an intervention for a disaster situation," he said.

The minister said the issuing of the directive to develop relief for employees affected by the unrest was imminent and could occur as soon as this week.

But, he added, money was tight and criteria would be strict.

"It will not be a free-for-all. The criteria will be stringent, and payment will be based on resources available. While it would be ideal to pay all affected employees, the reality is that funds are limited," said Nxesi.

Nxesi said data were being compiled on businesses affected by unrest and the department will be able to reveal a benefit calculation and the formulation of an intervention in due time. The payment structure, criteria and duration will be outlined in the directive, he said.

"We are mindful of the urgency of the matter. The UIF has a system in place to fast-track payment. Just as is the case with the Covid-19 TERS benefit we want the employer to play a key role in the process. The benefit will have to be paid directly to the account of the employee," said Nxesi.

Earlier in the day, Finance Minister Tito Mboweni said the UIF had set aside R5.3 billion for the extension of the Covid-19 TERS coverage, which will mainly cover those who have lost their jobs due to the lockdowns.

"With regards to the people who lost their jobs due to the recent unrest, the UIF will provide income support, using different instruments that it has at its disposal to deal with such eventualities," said Mboweni.

Cosatu's parliamentary liaison officer Matthew Parks said the introduction of relief for workers affected by looting and the destruction of businesses was positive, and that the federation had campaigned aggressively for the intervention.

"We are quite pleased. We called for this as a package of relief at Nedlac last week. We pushed hard for it and had meetings on a daily basis for the past week. A lot of relief must come from government. But this is employee contributions," said Parks.

Parks said government needed to move with speed and urgency as the expectation was for the intervention to start paying out directly to affected employees from the beginning of August.

"Insurance relief is not going to workers' wages. The R350 are going to the unemployed. So, this is an additional measure to protect the most vulnerable. We need to finalise the process and get the minister to finalise and issue the directive," Parks said.

Parks said Cosatu was also waiting for updates on the level 4 TERS payments, which have only had 4 500 applications. He also said a level 3 TERS must still be discussed as the latest TERS extension only pertains to level 4 lockdown.

We live in a world where facts and fiction get blurred
In times of uncertainty you need journalism you can trust. For only R75 per month, you have access to a world of in-depth analyses, investigative journalism, top opinions and a range of features. Journalism strengthens democracy. Invest in the future today.
Subscribe to News24
Next on Fin24
'Not gonna happen': Employer groups rail against Numsa's plan to extend steel deal

See all newsletters
Voting Booth
Facebook is facing a fresh crisis after a former employee turned whistle-blower leaked internal company research . Do you still use Facebook?
Please select an option Oops! Something went wrong, please try again later.
Yes, the benefits outweigh the risk for me
26% - 357 votes
No, I have deleted it
44% - 596 votes
Yes, but I am considering deleting it
30% - 404 votes
Previous Results
Covid-19 Money Hub
Covid-19 Money Hub - answering your business and money questions during the crisis