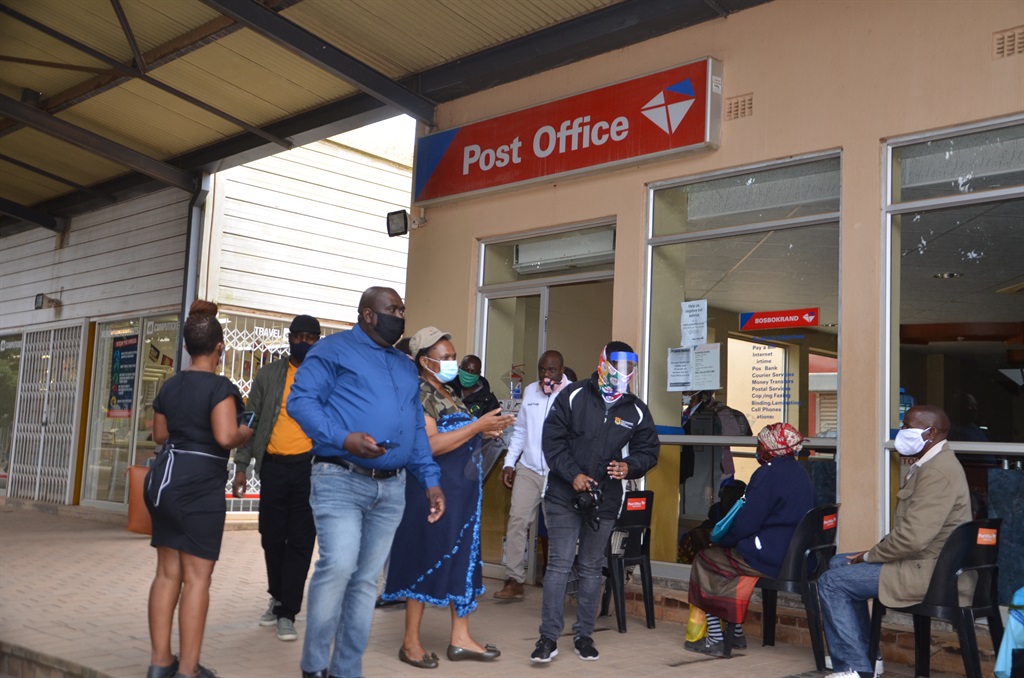 A branch of the South African Post Office.
File

Parliament's Standing Committee on Public Accounts (Scopa) on Tuesday rapped the SA Post Office (SAPO) over the knuckles over the entity's failure to table its 2020/21 annual report and financial statements to the legislature, along with other administrative failures that led to gaps in government oversight and accountability.

The committee met with a delegation from the Post Office and the Department of Communications to discuss financial, operational and governance challenges facing the entity as it looks to modernise, following the separation of Postbank.

During a marathon briefing, the Post Office faced harsh criticism for not submitting its latest annual report, as well as for a lack of consequence management when employees were implicated in financial misconduct.

It was also lambasted for not bringing a full board delegation to the virtual meeting.

In that report, the Auditor General highlighted that this expenditure came about because of "failure by management and the board to implement proper and adequate controls over the entity's supply chain management system".

Scopa chair and member of Parliament for the Inkatha Freedom Party, Mkhuleko Hlengwa, asked the Post Office and Department of Communications delegations why the Post Office failed to submit the latest annual report and financial statements.

Post Office acting chair Tia van der Sandt said the Auditor General had indicated that they would not be on time due to the sheer scale of the work that needed to be done to make sense of the financial statements.

According to deputy communications minister Philly Mapulane, the Auditor General had not yet concluded the audit of the entity's financial statements and at the heart of this delay was uncertainty around the Post Office as a going concern.

"The going concern status of SAPO is a matter that we needed to briefing Scopa on. The Post Office is experiencing serious liquidity challenges," Mapulane said.

Mapulane added that there were three areas that needed to be highlighted: the overall performance of the entity, issues with regards to audit findings, and the abovementioned going concern status.

"As a ministry, we are not satisfied with the level of progress and the irregular and fruitless and wasteful expenditure. We have engaged with the entity and requested that they demonstrate that areas requiring investigation have been investigated with remedies and consequence management," Mapulane said.

He said the department applied unsuccessfully for R8 billion in support for the Post Office from National Treasury for the upcoming three-year medium-term expenditure framework, which would include R1.8 billion for the coming year.

But not getting the funds from National Treasury before last week's medium-term budget policy statement put the entity's status as a going concern in further jeopardy, he added.

"I must be frank. Without a capital injection from the fiscus, I do not see the Post Office surviving in the long term," he said.

Scopa member and DA MP Alf Lees asked what the Post Office was doing to position itself for profitability, seeing as it was looking for a taxpayer bailout while the private parcel post delivery sector has been booming.

Post Office group CEO Nomkhita Mona said the entity was starting to capitalise on upswing in the sector.

"There is a document called 'The Post Office of Tomorrow' which identifies that SAPO should be in parcels, logistics and warehousing. We are already doing it on a smaller scale, but we did not pivot as early as we should have and even though we have the sole mandate on 1kg parcel, the private sector stepped in," said Mona.

Mona added that the Post Office was working on strategic partnerships with parcel delivery giants such as Wish and Mail America and serve as a partner leading their investment into sub-Saharan Africa.

Lees asked about former Post Office CEO Lindiwe Kwele's paid suspension and the circumstance behind her exit from the entity. Kwele was suspended in 2019 after a whistle-blower claimed she irregularly extended contracts. She returned to the Post Office in October last year after an arbitration process found her suspension to be procedurally unfair and eventually quit.

Van der Sandt said Kwele was suspended for 10 months, and the board recommended to the department that they part ways and agree on a settlement. The recommendation was accepted.

Hlengwa called on the Post Office delegation to compile a report on all instances of irregular expenditure from the 2019-20 financial year, and that the 2020-21 annual report be completed and tabled by December.

We live in a world where facts and fiction get blurred
In times of uncertainty you need journalism you can trust. For 14 free days, you can have access to a world of in-depth analyses, investigative journalism, top opinions and a range of features. Journalism strengthens democracy. Invest in the future today. Thereafter you will be billed R75 per month. You can cancel anytime and if you cancel within 14 days you won't be billed.
Subscribe to News24
Next on Business
Efforts to 'strengthen' Eskom board underway, says govt