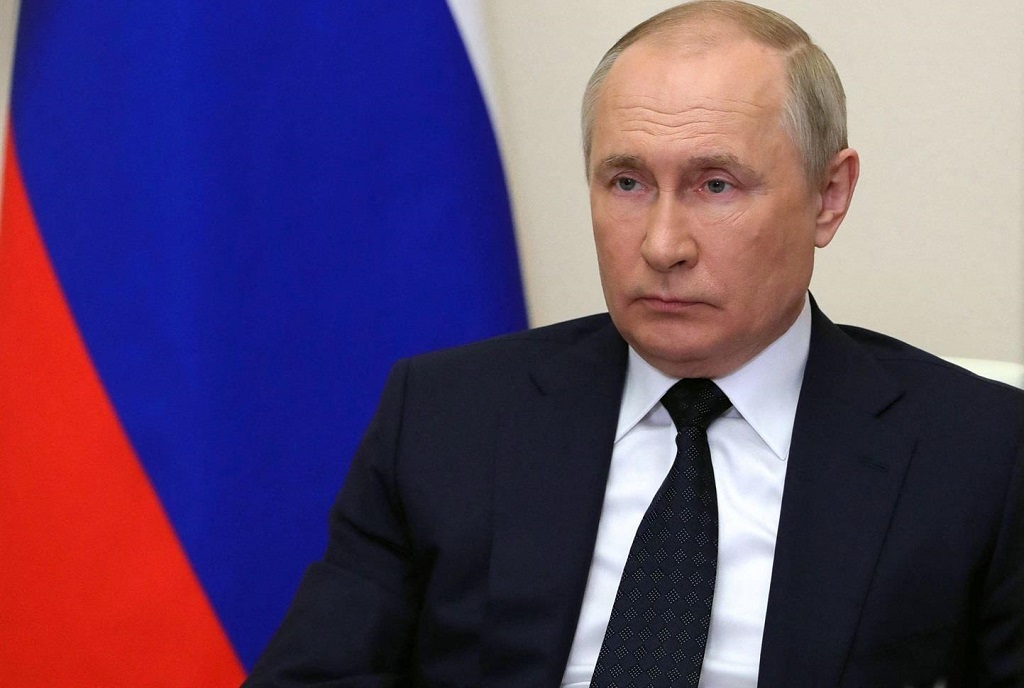 Russian President Vladimir Putin wants sanctions by the West to be dropped in order to find ways to ship grain from Ukraine.
MIKHAIL KLIMENTYEV/SPUTNIK/AFP

Russian President Vladimir Putin on Saturday told the leaders of France and Germany Moscow was "ready" to look for ways to ship grain stuck in Ukrainian ports but demanded the West lift sanctions.

The Kremlin chief also warned French President Emmanuel Macron and German Chancellor Olaf Scholz against ramping up arms supplies to Ukraine, saying they could further destabilise the situation in the pro-Western country.

Putin said the difficulties in supplying grain to world markets were the result of "erroneous economic and financial policies of Western countries".

"Russia is ready to help find options for the unhindered export of grain, including the export of Ukrainian grain from the Black Sea ports," Putin told Macron and Scholz, the Kremlin said.

"An increase in the supply of Russian fertilisers and agricultural products will also help reduce tensions on the global food market, which, of course, will require the removal of the relevant sanctions."

Russia's offensive in Ukraine and Western sanctions have disrupted supplies of fertiliser, wheat and other commodities from the two countries, fuelling concerns about the risk of hunger around the world.

Russia and Ukraine produce 30% of the global wheat supply.

The West has accused Putin of using hunger as a weapon in Moscow's offensive against Ukraine.

As Ukraine's Western backers were considering whether to send more arms supplies to Kyiv, Putin told Macron and Scholz the continuing arms supplies were "dangerous", warning "of the risks of further destabilisation of the situation and aggravation of the humanitarian crisis," the Kremlin said.

Talks between Russian and Ukrainian delegations have been held both in person and via video-link since the Russian military offensive but have recently ground to a halt.

We live in a world where facts and fiction get blurred
In times of uncertainty you need journalism you can trust. For 14 free days, you can have access to a world of in-depth analyses, investigative journalism, top opinions and a range of features. Journalism strengthens democracy. Invest in the future today. Thereafter you will be billed R75 per month. You can cancel anytime and if you cancel within 14 days you won't be billed.
Subscribe to News24
Next on Fin24
Unions to formally table wage response with Eskom at 14:00 meeting