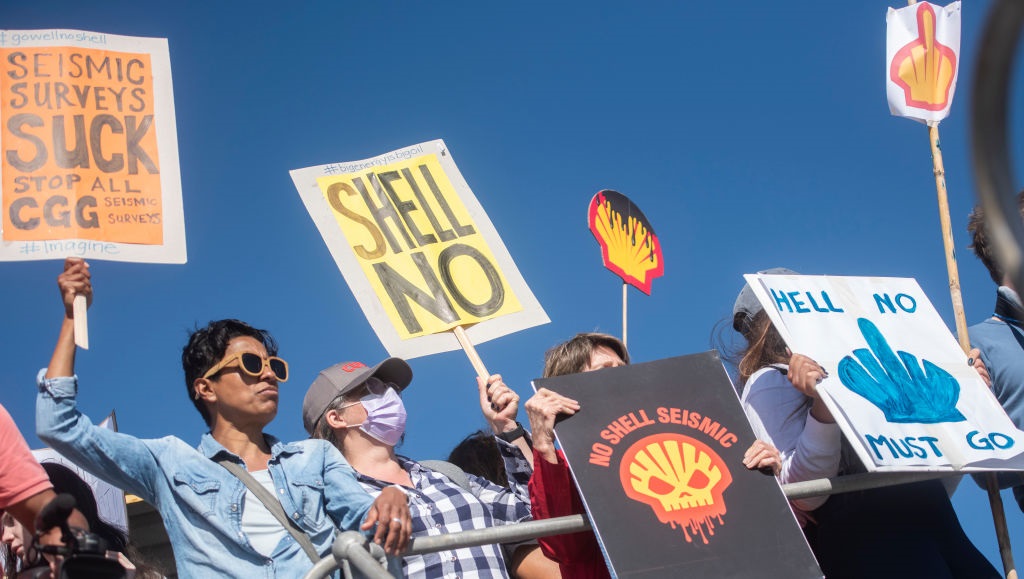 Late last year, the High Court granted an interim interdict to block oil and gas company Shell from proceeding with a seismic survey off the Wild Coast.
Brenton Geach/Gallo Images via Getty Images

Civil society organisation We Are South Africans wants President Cyril Ramaphosa to create a government-funded oversight committee to assess permits granted by the Department of Mineral Resources and its agencies while under the tenure of Minister Gwede Mantashe.

The organisation wants Ramaphosa to immediately suspend all legislative amendments which took place under the tenure of Mantashe and Fisheries and Environmental Affairs Minister Barbara Creecy, as well as placing a moratorium on all rights, including for mining, oil and gas exploration, granted during the tenure of these two ministers.

It wants such an oversight committee to be given three years to assess the rights granted, to ensure all decisions were made "for the benefit of South Africans".

Among examples in the letter of what the organisation regards as "natural disasters", are the approval of permits for seismic surveys and a coal dam spillage near the Imfolozi Game Reserve in KwaZulu-Natal.

We Are South Africans recently started a petition, which it claims has so far gathered over 8 000 signatures, objecting to a potential seismic survey planned off the West coast of SA. The organisation believes sucn a survey will negatively impact marine life and claims proper public consultation was not followed. It is considering taking legal action.

Late last year, the High Court granted an interim interdict to block oil and gas company Shell from proceeding with a seismic survey off the Wild Coast, pending a legal challenge on its environmental authorisation.