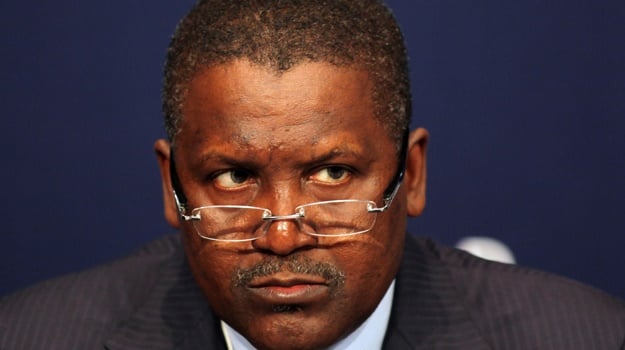 Aliko Dangote, Africa’s richest man, saw his fortune grow by $1.3 billion (R19.6 billion) in less than a month on the back of surge in the share price of his cement company.

Dangote Cement, which accounts for about half the entrepreneur’s net worth of $20.4 billion, closed at the highest since 2010 on Friday, adding to the 11% gain in 2022 compared with 7.59% by the main board of the Lagos-based Nigerian exchange. The Lagos-based company recently completed a share buyback to boost value.

Dangote is one of only 35 billionaires among the richest 100 ranked on the Bloomberg Billionaires Index that have seen their fortunes grow in January.

India’s second-richest person Gautam Adani is up the most - gaining $13 billion to $89.5 billion.

The Nigerian cement tycoon is set to boost his wealth by completing a $19 billion refinery project scheduled to start operations this year. The 650,000 barrels a day crude processor has enough capacity to meet all the domestic fuel needs of Africa’s largest crude producer, while also boosting exports.

Dangote was born into a wealthy Muslim family of traders in the north, which set him up for starting his own business selling cement at 21.

He shifted to manufacturing the building material in the 1990s, helped by government policies that encouraged ways to reduce the need for imports.