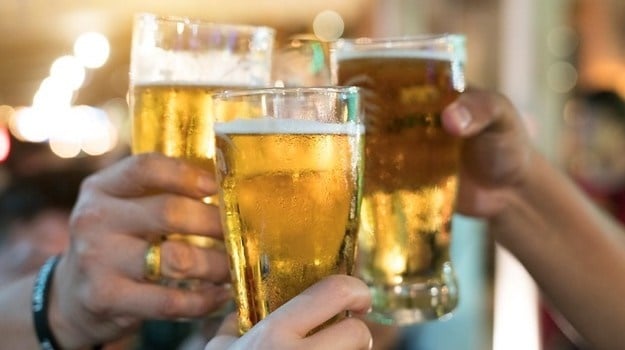 SAB says legal action is the only option left to fight the renewed alcohol ban.

SA Breweries has decided to challenge the current blanket alcohol ban in court as a last resort, its Vice President of Corporate Affairs, Zoleka Lisa, said on Wednesday.

In SAB's view, the decisions taken and the processes followed by the National Coronavirus Command Council to re-ban the sale of alcohol were unconstitutional.

Last week Monday President Cyril Ramaphosa announced a ban on the sale, distribution and most transportation of alcohol, saying the move was necessitated by the steep second wave of Covid-19 infections hitting the country.  "According to the data we have, with every relaxation of the restrictions on the sale of alcohol, the number of trauma cases reporting at our hospitals has increased," said Ramaphosa.

SAB says it now sees legal action as its only option left in order to protect its employees, suppliers, customers, consumers and all the livelihoods it supports.

According to SAB, it supports all lawful measures that curb the spread of the pandemic, including an earlier curfew to limit movement, reduced indoor and outdoor capacity at gatherings, measured alcohol restrictions, and heightened law enforcement.  It does not, however, agree with the introduction of a new outright ban on the sale of alcohol as is currently in place.

"As seen with the last two alcohol bans, the unintended consequences of an outright ban on the sale of alcohol are dire. Over 165 000 people have already lost their jobs with a further 100 000 people moving into poverty as a result of the alcohol bans," said Lisa. "We have seen small and large businesses severely impacted, billions of rand lost in taxes, the entrenchment of illicit trading and the looting of alcohol stores."

She added it was widely acknowledged internationally that restricting the legal trade of alcohol only fuels the growth of the illicit market.

South Africa's largest brewery said it believed the current alcohol ban goes beyond what it deems to be reasonable and necessary to contain the spread of the coronavirus.

"We ensured we engaged with Government [before the current ban was imposed]. We asked Government to consider a reasonable alternative. Unfortunately, those proposals and [the] basket of potential restrictions we suggested to consider instead of an outright ban were not taken into account," Lisa.

Alternatives to an outright ban which were not taken into account, in the view of SAB, include restrictions on trade. SAB would have preferred if taverns had been allowed to move from on-premise trading to off-premise trading. The beer maker would also have accepted if trading days and trading hours remained restricted for off-premise outlets.

SAB said it firmly believes that these proposed limitations, coupled with an earlier curfew, would have constituted a reasonable and effective strategy in supporting the healthcare system while mitigating transmission of the virus and keeping the economy open.

"It is important for us to emphasise that we do support measured alcohol restrictions, but the process needs to undergo some scrutiny in courts in terms of the measures which have been applied," says Lisa.

"We have been a partner of government and an employer in SA for many decades and we are very vested in communities. It was a tough decision, but SAB is a legal business and millions of people are looking to us to ensure we do the right thing to balance and protect lives and livelihoods," she said.

SAB said challenging the constitutionality of the ban, which it argued removes the public's right as adults to responsibly consume a beer safely in the privacy of their own homes, is an integral part of its action. In its view, the damage to the SA economy and impact on the alcohol value chain arising from ban on the sale of alcohol is disproportional and unlawful.

"We will continue to engage with government to fight the pandemic and drive responsible consumption. We have been determined to be part of the solution to fight the pandemic in various ways and despite not having been able to operate for more than 100 days. We support a really big value chain," says Lisa.

"We realise the harmful consequences if our product is not consumed responsibly. We heeded President Ramaphosa's call by putting our heads together with government to prevent harmful consumption. Curbing alcohol abuse cannot be done alone. It must be in partnership, including that of government."

According to Adam Anderson of Bowmans Attorneys, who represents SAB, three individuals affected by the ban will join SAB's court application.

SAB will argue that the outright ban is unconstitutional as it bans the right to trade and affects human dignity.

"Effectively the ban destroys the livelihoods of the applicants and is a disproportionate remedy. Coupled with that, the application will also be brought in the public interest in terms of our claim that the ban is unlawful constitutionally by denying people the right to trade."

The urgent application will be brought in the Western Cape High Court and Anderson anticipates that it will probably be heard by late January.

We live in a world where facts and fiction get blurred
In times of uncertainty you need journalism you can trust. For 14 free days, you can have access to a world of in-depth analyses, investigative journalism, top opinions and a range of features. Journalism strengthens democracy. Invest in the future today. Thereafter you will be billed R75 per month. You can cancel anytime and if you cancel within 14 days you won't be billed.
Subscribe to News24
Related Links
Beer industry pleads with Ramaphosa to lift ban as it struggles to survive
Liquor traders call for off-site alcohol sales to protect livelihoods
Govt finances off to a rocky start in 2021 as new lockdown eats into tax revenue - economists
Next on Fin24
Eskom offers workers 7% increase after illegal protests