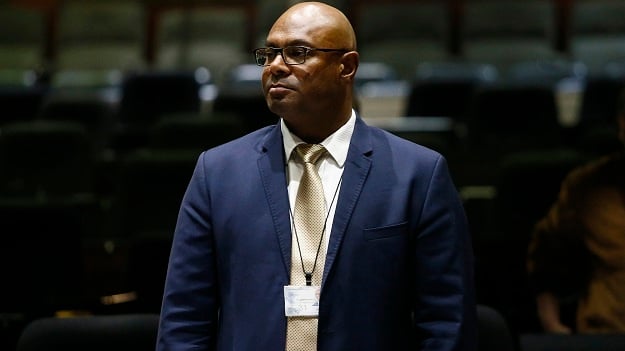 South Africa’s central bank ruled out helping the government fund its runaway budget deficit by paying for its spending through loans, as the ruling party debates using the institution to fund infrastructure and development.

“We do not think it is prudent to finance government directly,” Kuben Naidoo, a Reserve Bank deputy governor, said on a conference call hosted by money manager Ninety One. “It would increase inflation risks. It would blur the lines between an independent central bank and publicly-elected office bearers. If we were to finance government directly, there would be no pressure on government to manage their costs in any way.”

The idea of monetary financing - where the central bank buys debt directly from the government - has been touted by Willem Buiter, a former Bank of England policy maker and Citigroup chief economist, as a potential solution for developed economies pouring money into the Covid-19 fight. Doing this, though, said Naidoo, removes the central bank’s role in ensuring the government remains disciplined in its spending and could mean the “entire system crumbles.”

Finance Minister Tito Mboweni, who has forecast the budget deficit could swell to more than 10% of gross domestic product, said in a tweet on Tuesday that he stands by the central bank’s independence.

This is fundamental because a King in ancient times tried to interfere with the National Treasury, a central bank of those days. The Chief of the Treasury refused to print money and was executed.The first principled stand by central bankers for independence. I am a central banker

The comments come after Enoch Godongwana, the African National Congress’s head of economic transformation, suggested that the bank help finance development through the creation of a R500 billion fund, while Deputy Finance Minister David Masondohas said he would support direct central bank purchases of government debt.

The central bank in March started buying government bonds in the secondary market as the pandemic and plunging oil prices sent stocks, bonds and other asset prices into turmoil. The Reserve Bank is insisting that the aim of that intervention was to reduce dysfunctionality in the market caused by concerns over Covid-19, rather than an attempt at quantitative easing.

“There is a limit to central bank purchases, especially if you are an emerging market,” Governor Lesetja Kganyago said in a webinar organized by the South African Chamber of Commerce in London. The likes of the US, UK and Japan can embark on quantitative easing “with the knowledge that their currencies are reserve currencies and because they are reserve currencies, people will continue to hold them.”

The central bank has more than doubled its holdings of government securities to R20.64 billion in April, helping to reduce borrowing costs in the domestic bond market. It has also cut its benchmark repurchase rate and relaxed accounting and capital rules to release additional money for lending. The economy could contract the most in at least four decades due to shocks caused by the virus and a lockdown to curb its spread.

Even so, the Reserve Bank’s critics accuse it of not doing enough to support the economy and some members in the ANC have called for its nationalization.

While Kganyago has in the past warned that a nationalisation would be protracted and expensive and could be used as a “Trojan horse” to reopen the debate about the institution’s role, he said Tuesday the central bank has “walked away” from the debate. It will instead focus on executing its mandate of maintaining price stability.

Another policy mooted by the ANC, that of forcing pension funds and money managers to invest in government securities, also didn’t find resonance with Naidoo, who serves as the chief executive officer of the Prudential Authority, which oversees banks and life insurers.

“Prescribed assets doesn’t work,” Naidoo said, adding that it his personal view and not that of the central bank. “If you force someone to buy something, then they won’t buy it. They will find every way of not buying it.”

We live in a world where facts and fiction get blurred
In times of uncertainty you need journalism you can trust. For 14 free days, you can have access to a world of in-depth analyses, investigative journalism, top opinions and a range of features. Journalism strengthens democracy. Invest in the future today. Thereafter you will be billed R75 per month. You can cancel anytime and if you cancel within 14 days you won't be billed.
Subscribe to News24
Related Links
'We will have to live with this Covid-19': Experts weigh in on SA's post-virus economy
SA financial system under stress, headed for 'extraordinary shocks' - Reserve Bank
SA Banks not immune to collapsing, Reserve Bank warns
Next on Business
Eskom employees get another 1.5% wage increase