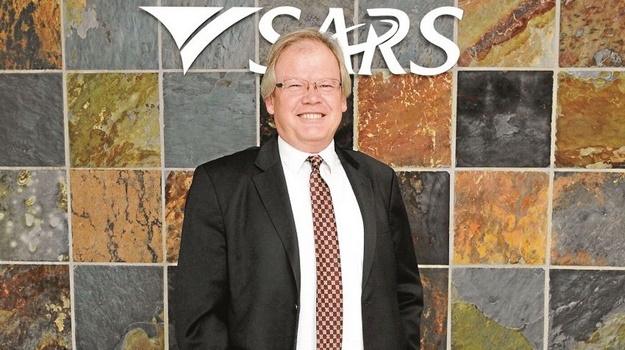 South African Revenue Service (SARS) executive for product oversight Vlok Symington on Thursday morning gave the Judicial Commission of Inquiry into State Capture an account of a past bid at the tax authority to oust him and compromise other employees.

He referred to an investigation into grievances he had with former SARS commissioner Tom Moyane's bodyguard Thabo Titi, which at the time were probed by Thipe Mothle from Mothle Jooma Sabdia Attorneys.

Symington alleges he was held hostage at SARS's Pretoria offices by Hawks members and Titi in 2016. The incident involved alleged attempts to coerce Symington to hand over an email related to former deputy commissioner Ivan Pillay's early retirement.

The report from the investigation confirmed Symington's concerns, but an addendum was added to the report which set a move to discipline and remove him in motion.

Evidence leader Alistair Franklin asked Symington whether he consulted with other SARS employees when putting together his affidavit for the commission, including employees at a high level, to which Symington said "yes".

Symington said he took each affidavit from other witnesses in turn and responded to it, including a response to Mothle's affidavit, the attorney who looked into Symington's grievance against Titi.

Franklin asked Symington if the contents of the addendum to the report were aimed at framing him, and Symington began to unpack the course of events.

"I was initially informed by SARS that Mr Mothle would be appointed to probe my grievance against Mr Titi. It was made very clear to me the scope of the investigations via email ... will focus on the grievance I lodged.

Symington said investigations behind the scenes - that he and other officials found out about via email - found that a meeting was held between SARS representatives and Mothle where Mothle was pressured by SARS to change the outcome of his report.

Symington said Mothle proceeded to execute this as per the SARS officials' requests. He said Mothle seemed to express his hesitance at exonerating Titi and recommending disciplinary charges against Symington.

"No one measured any complaints or grievances against me, but that became the outcome. That led me to the conclusion that there was only one reason why the addendum to the report was asked for, and that was to remove me from SARS," Symington said.

Symington said former acting SARS commissioner Mark Kingon agreed with the view that the addendum to the report was put together to get rid of Symington.

Symington said the Hawks must have had some engagement with SARS legal advisor David Maphakela on the matter of the early retirement of Pillay.

"There must have been something there to make the Hawks think they should write to Maphakela and my suspicion is that arose from the meeting where he shared his views and it just so happened that a member of the NPA was in that meeting as well," said Symington.

The commission is set to resume in the afternoon, when Zondo says he intends on addressing the outburst by Advocate Dali Mpofu on Tuesday while he was cross-examining Public Enterprises Minister Pravin Gordhan.

We live in a world where facts and fiction get blurred
In times of uncertainty you need journalism you can trust. For 14 free days, you can have access to a world of in-depth analyses, investigative journalism, top opinions and a range of features. Journalism strengthens democracy. Invest in the future today. Thereafter you will be billed R75 per month. You can cancel anytime and if you cancel within 14 days you won't be billed.
Subscribe to News24
Next on Fin24
Well-known economist Mike Schüssler has died