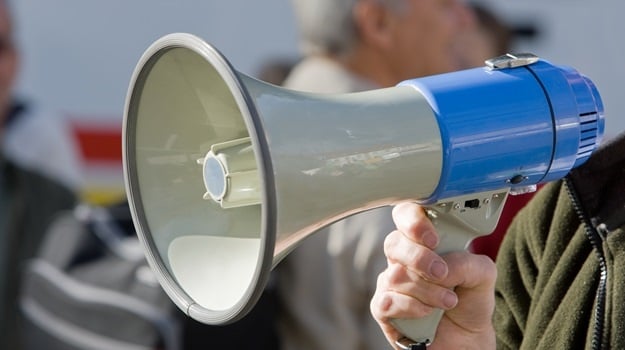 Last week the public sector unions met with the Public Service Coordinating Bargaining Council in an effort to break the deadlock.

The Public Servants' Association (PSA) has given up on an attempt to solve a public sector wage deadlock by roping in additional help from the UN's International Labour Organisation to facilitate talks.

Last week the public sector unions met with the Public Service Coordinating Bargaining Council in an effort to break the deadlock in negotiations, which started more than two weeks ago.

The resultant independent facilitation proceedings started on Sunday, and Fin24 understands that by Monday talks were still ongoing on how the process would work. An independent facilitator is involved, as well as representatives from the International Labour Organisation (ILO). The ILO is the oldest specialised agency of the United Nations.

The independent facilitation is one of the last hopes of avoiding a strike.

But Reuben Maleka, spokesperson of the PSA, said the union, which has more than 235 000 members, had given up on the facilitation process and declared a dispute on Tuesday. This means its members could start to strike in the second week of June.

He expressed frustration with the slow pace of progress.

"The PSA cannot just sit for three days [since Sunday] for nothing and pretend that the employer is responding while it is not the fact," Maleka said.

But Mugwena Maluleke of the SA Democratic Teachers' Union (Sadtu) and also spokesperson for all the Cosatu-affiliated unions involved, said on Tuesday that for them the facilitation process was still ongoing.

"The majority of the unions are still engaging [with members]. We believe that the right forum to negotiate is the [Public Service Coordinating Bargaining] Council. We believe labour unity is of the utmost importance in negotiations. The process was given ten days and we shall make our conclusions as a united labour," said Maluleke.

On Tuesday Frikkie De Bruin, general secretary of the PSCBC, said that on 23 April this year, parties to the PSCBC reached a deadlock in the wage negotiations for public servants. The PSCBC then called on parties to continue to engage and to try to find an amicable solution.

"We called on the leadership of parties to seek innovative processes allowing us to get back into the process of negotiations," said De Bruin in a statement.

In a special council meeting on 7 May 2021, parties agreed to a process of facilitation to break the deadlock.

He said the South African Policing Union (SAPU) and the PSA respectively on the 7 May and 11 May 2021 filed for conciliation in the matter.

"Council has noted their referral and will process the same in accordance with the dispute resolution procedure of the Council. The process of dispute resolution allows for a 30-day period of conciliation in which council will continue to try and convince parties to unite as labour to find a solution," said De Bruin.

"In the interim, as the majority of parties is still engaging in the facilitation process, Council, through the assistance of the ILO, will continue to engage them to resolve the impasse. As Council we have a full understanding of the frustrations of public servants, not having received a salary increase for the 2019/2020 FY and for parties not having concluded the review of salaries  for the 2020/2021 FY while the cost of living has gone up with increases in the cost of basic products and services."

He called for more time for the bargaining council to resolve the impasse and find an amicable solution.

"Considering the challenges in the trust relationship, Council agreed to partner with the ILO Pretoria offices to assist with the appointment of an independent facilitator. A facilitator was appointed and parties convened from Sunday the 9 May 2021 in facilitation," said De Bruin.

"As the process is extremely complex, facilitators spend excessive time with the employer to understand their challenges and to develop different scenarios to present to labour for consideration. The facilitators will today [11 May 2021] finish their engagement with the employer party and Council will reconvene over the coming weekend for labour to consider proposals from the facilitators."

Unions want an inflation-related increase plus 4% - therefore around 7% in total. Government, on the other hand, is offering a 0% increase on the cost-of-living adjustment, pleading budgetary constraints. The success of National Treasury's fiscal consolidation plan largely depends on being able to curb the wage bill.

The PSA believes that fraud, corruption, mismanagement, and wasteful expenditure have brought the SA economy to the dire situation it is currently in - and now civil servants must pay a high price.

* This story was updated to include comment from the PSCBC.

See all newsletters
Voting Booth
Should government have assigned a majority shareholding in SAA to the private sector?
Please select an option Oops! Something went wrong, please try again later.
Yes, It's a good decision
70% - 666 votes
Not a good move
9% - 84 votes
Too early to tell
21% - 204 votes
Previous Results
Covid-19 Money Hub
Covid-19 Money Hub - answering your business and money questions during the crisis