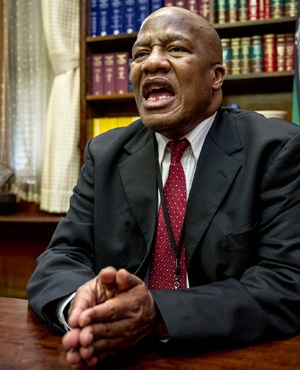 Minister in the Presidency Jackson Mthembu told reporters on Tuesday morning that Cabinet approved the biofuels regulatory framework, as a policy which will guide the implementation of government's biofuel industrial strategy.

Mthembu was speaking to reporters in Pretoria, briefing them on the outcomes of last week’s Cabinet meeting.

Last week, amid a spate of load shedding, the Department of Mineral Resources and Energy announced short- and medium-term interventions to meet South Africa’s energy demands.

Mthembu told reporters that biofuels were recognised internationally as an alternative to carbon intensive energy.

"They blend fuel for conventional mineral fuels so as to reduce air pollutants from the use of transport fuel," said Mthembu.

Mthembu said the framework mentioned several areas that would be regulated, including feed stock, mandatory blending of biofuels, a biofuels subsidy for farmers, and selection criteria for biofuel projects requiring a subsidy.
We live in a world where facts and fiction get blurred
In times of uncertainty you need journalism you can trust. For only R75 per month, you have access to a world of in-depth analyses, investigative journalism, top opinions and a range of features. Journalism strengthens democracy. Invest in the future today.
Subscribe to News24
Related Links
Government working on 'world class' battery storage project – Gordhan
Eskom debt relief report expected by year-end, MPs hear
Govt will seek to soften blow from coal closures, says Mantashe
Next on Fin24
Bruce Cameron | What every pensioner or investor should know about private equity