Consumers have never had it so good - expert 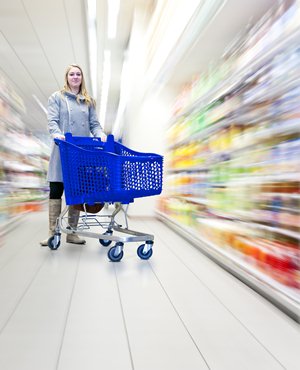 Johannesburg - While lower inflation and the expected further drop in the fuel price in February was to be welcomed, consumers should not see this as an opportunity to stack up even more debt, warned Neil Roets CEO of Debt Rescue on Thursday.

“What we hope for is that the retail sector takes cognisance of this reduction and that it will be reflected in lower prices for all goods and services once the price decrease has worked its way through the system.”

Roets pointed out that economist Dawie Roodt said the cut in inflation from 5.8% to 5.3% was significant because it would curb price increases. Coming on top of the big decrease in the fuel price in January and a further R1 or more decrease expected for February, "consumers have never had it so good".

“We must however guard against this feel-good factor translating into a massive spending spree because levels of indebtedness remain high and savvy consumers would do well to rather spend the extra money in their pockets in paying off existing debt,” Roodt said according to Roets.

Investec chief economist Annabel Bishop said the large petrol price cut of R1.23 a litre in January alone meant that inflation was likely to fall further - possibly coming out at 5% year on year or just below.

The consumer credit index (CCI) by credit and information management company TransUnion rose from 49.9 to a preliminary 50.1.

This is the first time in almost three years that the index is above 50 indicating a slightly positive sentiment regarding consumers’ credit health.

However, TransUnion CEO Geoff Miller cautioned against reading too much into the improvement, saying a weak job market and a volatile rand were still mitigating any financial improvement.

Roets said that measured by the increase in the number of consumers who sought help in managing their indebtedness by going under debt review from Debt Rescue, the overall situation remained “problematic”.

“Much of the debt that consumers are struggling with at the moment dates back to the time when lenders were dishing out unsecured loans like candy bars.

“Although much stricter criteria are now used by credit providers, there is still almost R1.5trn in consumer debt outstanding. Many households are paying as much as 75% of their income to credit providers to settle outstanding debt,” Roets said.

We live in a world where facts and fiction get blurred
In times of uncertainty you need journalism you can trust. For only R75 per month, you have access to a world of in-depth analyses, investigative journalism, top opinions and a range of features. Journalism strengthens democracy. Invest in the future today.
Subscribe to News24
Related Links
The latest up to 127c cut in petrol price
Next on Fin24
Gautrain daily commuter numbers dip by more than 76% owing to Covid-19 pandemic

See all newsletters
Voting Booth
Should government have assigned a majority shareholding in SAA to the private sector?
Please select an option Oops! Something went wrong, please try again later.
Yes, It's a good decision
70% - 551 votes
Not a good move
8% - 66 votes
Too early to tell
22% - 170 votes
Previous Results
Covid-19 Money Hub
Covid-19 Money Hub - answering your business and money questions during the crisis