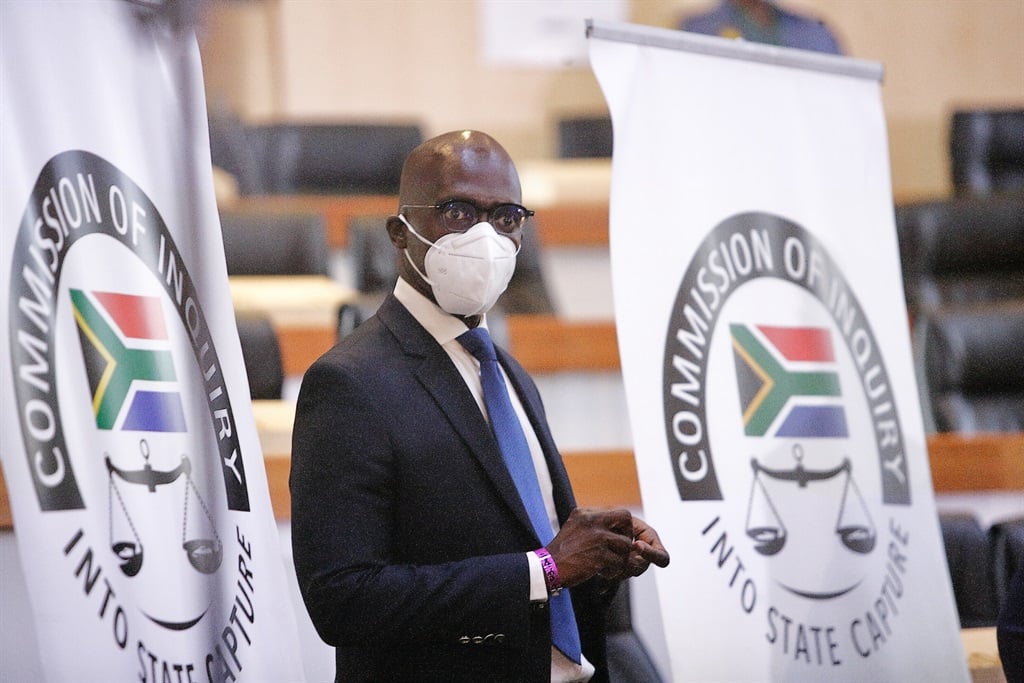 Former minister of public enterprises Malusi Gigaba took to the witness stand at the Judicial Commission of Inquiry into State Capture on Friday in an attempt to refute evidence from a witness who said he was a member of Gigaba's security detail in 2014 and drove the minister to visit the Gupta family on multiple occasions.

Witness 3 told the commission in March that he witnessed incidents where Gigaba moved bags filled with cash, managed large amounts of cash from a vault in the Gupta family's Saxonwold residence, and that he visited this residence at least six times.

The Guptas themselves – who benefited from numerous questionable contracts from the country's parastatals – currently remain abroad.

Gigaba was visibly upset with each allegation levelled at him from the affidavit.

He denied any impropriety on his part, saying he never visited the Guptas alone.

"I also have refuted that I was driven to the Gupta household without a convoy, because I was busy with the election campaign work at the time. I visited the residence once or twice and not the seven or eight times this witness claims. And he never visited the residence with me alone," said Gigaba.

Myburgh put it to Gigaba that the driver said his visits to the Gupta residence were not included the in the ministerial diary or his logbooks, and that he was instructed not to record these in his diary.

Gigaba denied this, saying he would never tell protection service personnel how to do their job.

Gigaba said logbooks did not stay with him. He said evidence from Witness 3's affidavit was baseless and fanciful.

"Witness 3 [...]  neglects to say that there were no instructions from me. He said the logbooks were kept at head office, but that they were asked by me not to record any visits to the Guptas. It was not my business. It was the business of protection services to keep a record of visits," Gigaba said.

Myburgh asked Gigaba: "Would you go to the Gupta residence more often during periods outside of the campaign period?"

Gigaba responded that he did not.

When Myburgh asked Gigaba what he did during his visits to the Gupta residence, Gigaba said that the visits were strictly social in nature and that one of the visits was also upon invitation to Deepavali celebrations.

When Myburgh asked Gigaba about Witness 3's claims that he would take Transnet officials including then-Transnet CEO Brian Molefe out for meals, Gigaba said Witness 3 would not have known Transnet executives, so the idea proposed by the witness "is a lie".

"It's improbable that he would have remember the faces of people who were in the public domain at the time. But he would want to say so in order to give credence to his allegations," he said.

Witness 3 also alleged that Gigaba was at the Gupta residence with him when both of them saw former president Jacob Zuma's convoy leaving the home.

Regarding Witness 3 claiming to see large amounts of cash in the boot of Gigaba's car and seeing Gigaba pay for meals at restaurants with this cash, the former minister again denied the witness' evidence.

"This again is really nonsensical. To start with, I have never carried these large sums of money in the boot of my car. I think I stated this previously and I want to reiterate. And if you had that much money in the boot of your car, you would not want to show anyone the money openly, even if they are your protectors.

"Why would I need to take money out of the boot of my car? How much is lunch? How much is lunch? Even when I am out with friends and associates in lunch, and I would pay with my card and include my own payment to the bill. Even if I don't eat, I will say 'put it on my card,'" he said.

Gigaba said in one piece of evidence from Witness 3, Gigaba was said to have carried cash bound in rubber bands in a travel bag while at another point he said the cash was in a sports bag. Gigaba said he has not bought or owned a sports bag in years.

Gigaba said while he bought suits in HTK and Fabiani, he never bought as many as 200 suits from these stores, as Witness 3 claimed.