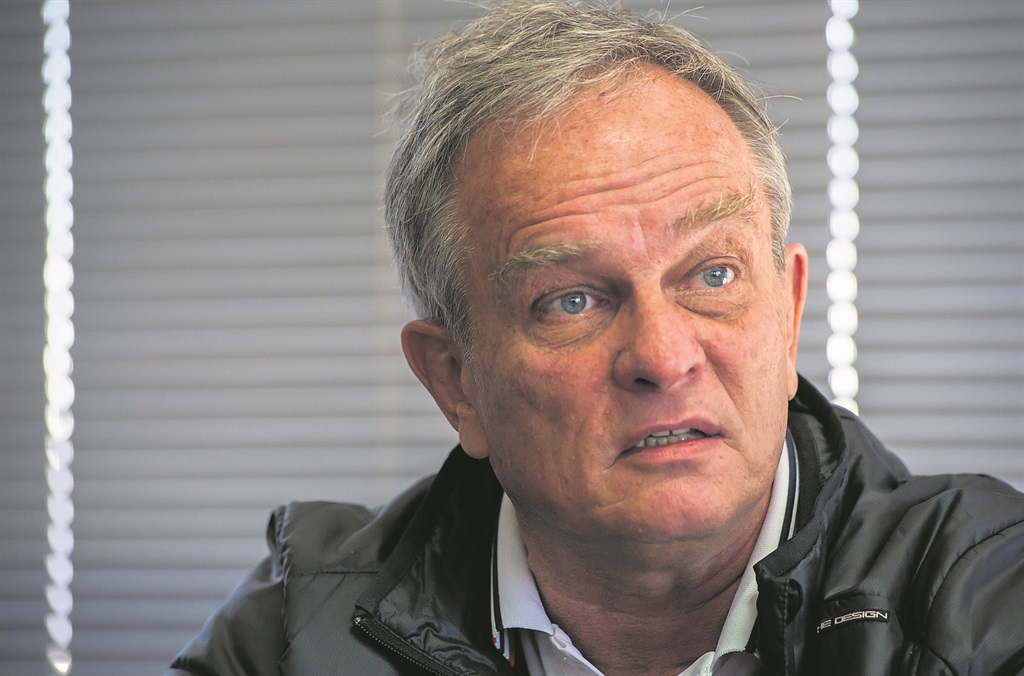 Investors need to get in touch with the real economy - happening in South Africa's informal settlements, according to former SA Post Office CEO Mark Barnes.

During a webinar on Tuesday, Barnes shared why "established capital" needs to look beyond the likes of Sandton City and the Waterfront.

Barnes was a guest of a webinar on cities and emerging enterprises, hosted by the Centre for Development and Enterprise on Tuesday. The discussion points focused on the role of cities in allowing enterprises, especially those in the informal sector, to thrive and what barriers in policy that need to be addressed.

Sharing views on how he might run a typical South African city in a way that allows small enterprises to flourish, Barnes – who is the chairperson the Kisby Fund, which supports small and medium enterprises – said that he would start with throwing away "old books".

"There is real business happening across the formal and informal sectors which are totally being disregarded by the allocators of capital," said Barnes.

Instead of focusing on the likes of Sandton City or the Waterfront, investors need to cast their eyes on the "real economy", he said.

"The status quo keeps getting propagated. The capital in our country circulates among the existing membership… If you want to learn business, do not go stand in Sandton City, go stand in the intersection in the main streets of Alexandra," Barnes said.

While he acknowledged that access to finance is a challenge for entrepreneurs, Barnes noted that creditors were willing to lend money but it was destructive to small businesses as opposed to enabling their growth. "You can't grow your business when the cost of capital is in excess of returns," he said.

From an investor's perspective, Barnes said that it would be "ill-advised" to invest in another building in Sandton rather than investing in growing businesses – which would eventually translate into clients to which more serves can be sold.

"If we go in and look to give money to people who are busy, we won't have to worry about whether or not they know what to do with it. They know more about on the ground business than we can teach them even, with greatest respect, Harvard Business School," said Barnes.

The webinar also touched on the enabling role of the state.

Margot Rubin, associate professor of the University of Witwatersrand spoke on how cities could better support entrepreneurship. She noted that an inconsistent policy regime is one of the challenges facing entrepreneurship. She listed examples of how inconsistency in goals from national government to support small businesses, were thwarted at municipal or metro-level with informal traders being evicted.

As a result there has been a great deal of "mistrust" between the state and entrepreneurs, explained Rubin. instead the state can play a more enabling role, by ensuring a more "consistent" policy regime from national to local government. "We need to be careful of bias in policy and be sure to remove it," Rubin added. The state can also to in by providing required infrastructure – as there is a relationship between the activity taking place and the infrastructure available, she explained. Some cities have no water, electricity or WiFi which is a restriction to the activities which can take place.

Commenting on the role of the State, Barnes said that there are certainly some functions which can only be performed by the state. "The state must know where to start and where to stop - that is one of the difficult dynamics," he said.

We live in a world where facts and fiction get blurred
In times of uncertainty you need journalism you can trust. For only R75 per month, you have access to a world of in-depth analyses, investigative journalism, top opinions and a range of features. Journalism strengthens democracy. Invest in the future today.
Subscribe to News24
Related Links
Ban on foreigners from opening township businesses will be 'devastating' for SA economy
5 questions: How a fresh take on township tourism can boost SA's economy
Drop in SA business confidence shows economic recovery from Covid-19 years away
Next on Fin24
Court dismisses bid by SABC union to halt retrenchment process

See all newsletters
Voting Booth
Have you claimed the interest on your rental deposit?
Please select an option Oops! Something went wrong, please try again later.
Yes, and I've gotten it.
21% - 373 votes
No, I did not.
52% - 914 votes
My landlord refused
27% - 486 votes
Previous Results
Covid-19 Money Hub
Covid-19 Money Hub - answering your business and money questions during the crisis