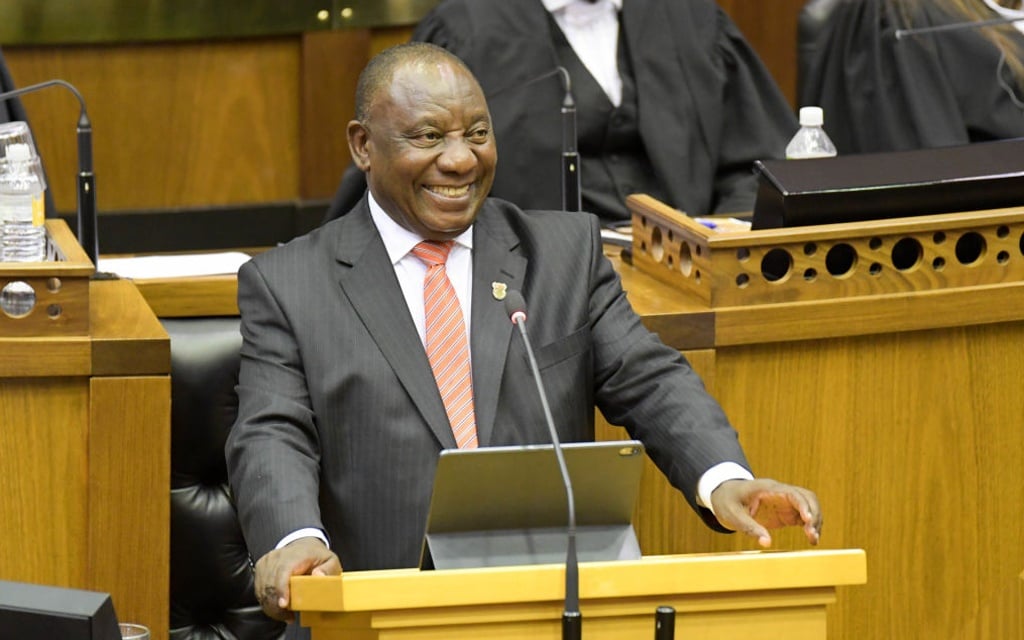 Likening the effects of the Covid-19 pandemic to those of a war, President Cyril Ramaphosa has said that SA's economic recovery must be "state-led".

The president was replying to a question about what form SA's economic recovery would take in the National Assembly via a virtual platform.

Economists have predicted that the economic shock of the pandemic will cause South Africa's GDP to decline by between 5% and 10%, exacerbating South Africa's already dire unemployment rate.

"The state has to play a critical role. Even in your more conservative countries in the world are saying the state now needs to play its role."

The president said that state had to "look at" how the market is functioning and structured, and whether "previous policies" still hold up or needed to be changed.

"That is precisely what we are now looking at in government."

The main focus of the state's economic support so far has been the announcement of R500 billion support package in mid-April. The package is meant to include about R95 billion in new lending from international finance institutions, which has not yet been received.

While short on details, Ramaphosa said the creation of jobs must now be the state's key aim, and that jobs would be created by expanding public employment and upping investment in public infrastructure.

The presidency will next week bring to together funders, policy markets, state-owned enterprises, academics and member of the private sector to look at investment opportunities in infrastructure, he said.

"We should see infrastructure investment as a mobiliser of growth,' he said. Infrastructure would make up a "significant part" of the stimulus SA's economy needs, he added.

In response to a question about embattled state-owned airline SAA, Ramaphosa said that in "many countries around the world" the state needed to support public and private enterprises due to the economic shock of the coronavirus pandemic.

He added that government would be looking at the business rescue plan proposed by the airline's business rescue practitioners "very closely". Creditors are expected to vote on the plan next week.

We live in a world where facts and fiction get blurred
In times of uncertainty you need journalism you can trust. For 14 free days, you can have access to a world of in-depth analyses, investigative journalism, top opinions and a range of features. Journalism strengthens democracy. Invest in the future today. Thereafter you will be billed R75 per month. You can cancel anytime and if you cancel within 14 days you won't be billed.
Subscribe to News24
Related Links
Pandemic could erase more global wealth than financial crisis
Some 600 job cuts on the cards at SABC
SAA creditors to finally vote on rescue plan next week
Next on Business
Petrol price cut on the cards Wednesday, but diesel may be hiked