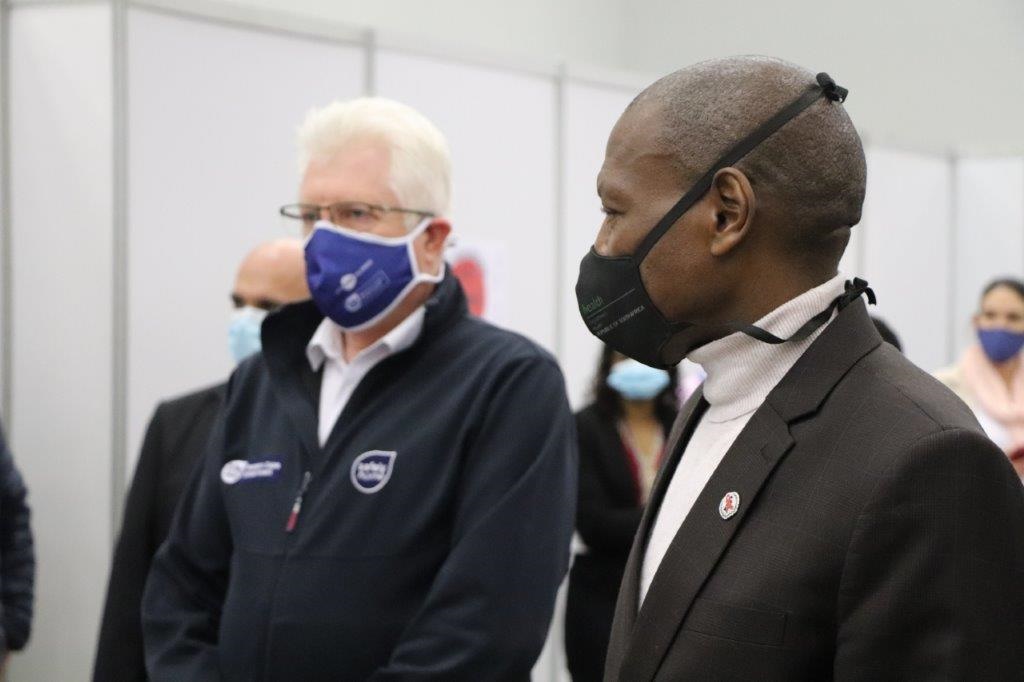 Western Cape Provincial Minister of Finance and Economic Opportunities David Maynier has called for businesses to stick to safety measures aimed at containing the coronavirus, warning that a return to stricter lockdown measures could have a devastating impact on the province's economy.

The country's Covid-19 death toll has breached the 1 000 mark, with the majority of cases reported in the Western Cape. The province has been dubbed the country's "epicentre" of Covid-19 infections, sparking fears that it could revert back to higher lockdown restrictions.

On Monday the department of health reported that the Covid-19 death toll for the province had reached 829. The Western Cape's 33 586 cases of infections dwarf those of any other province.

Second to it, the Eastern Cape trails with 6 341 cases, less than a fifth of the amount of cases in the Western Cape.

Second to it, the Eastern Cape trails with 6 341 cases, less than a fifth of the amount of cases in the Western Cape. Over the weekend Sunday Times reported that national ministers would be deployed to the province to assist in efforts to fight Covid-19.

Maynier said his department has been "working hard" to provide businesses with the required information and other guidelines to operate safely. Businesses are also being assisted in finding suppliers of personal protective equipment (PPE), he said. Maynier added that work on an economic recovery plan for the province is currently underway.

While statistics are not yet available on the impact of the lockdown on jobs and GDP, according to data from Stats SA, dating back to 2016, the province contributed 13.7% to the country's overall GDP. Gauteng remains the economic hub, accounting for more than a third (34.6%) of national GDP output, followed by KwaZulu-Natal (15.9%).

The majority of Western Cape's economic activity is driven by financial, insurance and business services – with asset managers like Allan Gray and Coronation Fund Managers and other financial service providers like Sanlam and Old Mutual headquartered in the province. The Western Cape also contributes significantly to national agriculture output and also has a strong tourism industry, according to Stats SA.

Economist Mike Schüssler said that the impact of Covid-19 would be particularly bad for the Western Cape, which has the most service-orientated economy in the country.

Airport figures have already shown massive declines in arrivals. During April 2019, Cape Town international airport reported over 450 000 arrivals, this plummeted to a mere 243 in April 2020 with lockdown Level 5 restrictions in full force, Schüssler pointed out. Similarly, airport arrivals declined nearly as much as 100% for May 2020, compared to May 2019. While the Western Cape's tourism industry reported growth in the three months leading up to January, it reported a 45% decline in March and was basically "decimated" in April and May, he said.

"It's going to be better this month (June), as we start to see internal flights,"Schüssler commented.

Schüssler explained that the tourism sector was not limited to hotels – but service providers such as Uber drivers, car rentals, cleaning services for aircraft and hotels and even furniture suppliers to hotels would also be affected.

The ban on liquor sales, which was instituted for lockdown Levels 5 and 4, also impacted wine farms and other alcohol producing hubs, such as the beer industry; and brandies, all manufactured in the Western Cape, will also be hurt, Schüssler said.

"The Western Cape has always been the restaurant capital of South Africa, particularly the Cape Peninsula, that got hurt very badly," he added.

Tim Harris, CEO of Wesgro – the province's tourism, trade and investment promotion agency – said that while industries such as tourism and entertainment, as well as construction and property development, clothing and textiles and small businesses took a knock; there have been other sectors which showed opportunities for growth. They include pharmaceuticals, health and medical devices, technology and marine manufacturing, among others.

Harris said that Wesgro had lobbied for the film industry to get local productions operating again, as well as to have "earlier and phased- reopening" of inbound travel. The agency also assisted the clothing and textiles industry in getting companies to stay open by manufacturing PPE. Among other initiatives, Wesgro and the City of Cape Town also developed a tool to help businesses find and apply for funding support, Fin24 previously reported.

But is it likely?

Martin Kingston, head of Business for South Africa's economic working group, said it is unlikely that parts of the country would revert to higher lockdown restrictions, especially when there is a collective focus on reactivating the economy.

"We do not believe that having different levels at different locations is practical or implementable. Secondly, we need to return the economy to maximum productivity, within Covid-19 circumstances," he said. Kingston pointed out that the lockdown was instituted to prepare the health system to respond to Covid-19, and this has been done, efforts are still continuing in this regard.

He noted that the Western Cape economy, which is highly dependent on the tourism sector, would be "badly impacted" by Covid-19 for the remainder of 2020 and part of 2021. "Tourism will take much longer to return to a steady state, not just in South Africa but globally," he said.

But what is important currently is for society as a whole to stick to health guidelines such as social distancing, hand sanitising and wearing masks, not just at the workplace but in communities as well.

We live in a world where facts and fiction get blurred
In times of uncertainty you need journalism you can trust. For 14 free days, you can have access to a world of in-depth analyses, investigative journalism, top opinions and a range of features. Journalism strengthens democracy. Invest in the future today. Thereafter you will be billed R75 per month. You can cancel anytime and if you cancel within 14 days you won't be billed.
Subscribe to News24
Related Links
Western Cape airports placed on international coronavirus alert list
Lockdown | It's not all health and securocrats, the President is listening to business concerns
Western Cape launches online tool to help businesses find financial support
Next on Fin24
Corporate crisis relief funding goes to Gift of the Givers as distrust in state grows