Three former SA Revenue Service officials charged with offences relating to the bugging of the National Prosecuting Authority’s offices in 2007 are still battling to get access to the full police docket, and will now take the matter to the High Court.

Former SARS deputy commissioner Ivan Pillay and former enforcement executives Johann van Loggerenberg and Andries ‘Skollie’ Janse van Rensburg have so far only had sight of incomplete parts of the docket, despite an undertaking by prosecutors to give them full access.

The trio appeared in the Pretoria Magistrate’s Court on Thursday after the matter had been postponed to allow for an exchange of documents, namely the parts of the police docket not yet seen by the accused.

The matter has now been postponed until February 14, 2019, at which time Advocate Laurence Hodes, for the accused, will argue for the court to compel the NPA to provide the full and complete docket.

Pillay, Van Loggerenberg and Janse van Rensburg were previously handed a copy of Part A and C of the police docket. As per an agreement between the parties following an interlocutory application by the accused, they were allowed to view Part B on October 2 at the NPA's offices.

But the contents of the entire docket - Brooklyn CAS 427/5/2015, the same docket used to charge Minister Pravin Gordhan* in 2016 with fraud relating to Pillay’s early retirement package payout in 2009 - have revealed indications of a botched investigation, News24 has been informed by a source close to the SARS trio’s legal team.

A written request on October 11, by the SARS three for copies of certain documents contained in Part B was ignored until the morning of Thursday Novemebr 8, the date of their latest appearance. A letter from the office of the State Attorney essentially rejects the October 11 request, which places the matter back at square one and has sparked the high court application.

The former SARS employees face charges relating to "Sunday Evenings", a mysterious project that involved the installation of covert bugs in 2007 at the now dismantled Scorpions’ and NPA head offices in Silverton, Pretoria.

The installations were conducted by now suspended SARS employee, Helgard Lombard, who has turned state witness in the case.

Pillay and Van Loggerenberg are accused by the NPA of "unauthorised gratification by a party to an employment relationship" for allegedly allowing Lombard to "keep" R100 000 from the installation project.

Pillay, along with Janse van Rensburg, are also charged with contraventions of the Regulation of Interception of Communications and Transactions Act.

The case started in March 2018, when the trio were served with a summons to appear before court. They have made four appearances since then. The matter so far has largely been seized with the accused seeking access to the docket. All three maintain their innocence.

What’s in the docket?

Part A of the docket contains the official complaint, while part B has reports and memorandums‚ and part C the police investigation diary.

On Thursday, Advocate Sello Maema, one of the three-man team from the NPA assigned to the matter, drew the derision of the presiding magistrate when he announced to the court that he had been ready to proceed with the trial "since day one".

So far every court appearance in the matter has been taken up by the fight over access to the docket.

Hodes, meanwhile, on behalf for the SARS three, placed it on record that during the high court application he would also argue that the conduct of the prosecutorial team, in their attitude over access to the docket, constituted an undue delay in the matter, which has had a prejudicial effect on the fair trial rights of his clients.

* The charges against Gordhan, who was the SARS Commissioner at the time of Pillay’s early retirement, were dropped by former National Director of Public Prosecutions Adv Shaun Abrahams, when it emerged that investigators had withheld an exculpatory memo authored by top legal brain at SARS, Vlok Symington.

Symington’s memo said that the payout to Pillay and his subsequent re-hiring on a contract basis was legal.

The complainant is former SARS commissioner Tom Moyane who was axed last week by President Cyril Ramaphosa. Moyane had opened the case in 2015 alleging that sometime after 4 May 2007, a crime had been committed at SARS. 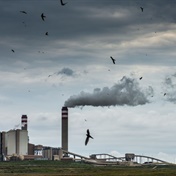