A rendition of what the CSP Redstone Molten Salt tower will look like. Credit: ACWA

New details have been released about the concentrated solar power (CSP) plant that will be built 30km east of Postmasburg in the Northern Cape. It will be the first of its kind in Sub-Saharan Africa.

The project is being developed by Saudi-based ACWA Power, which won a bid as part of the South African Renewable Energy Independent Power Producers’ Procurement Programme (REIPPPP).

Construction has already started on the R11.5 billion project, called the Redstone CSP Tower. It is expected to generate 100MW in electricity – and power more than 210 000 households during peak demand periods, according to Investec, which along with Absa, arranged financing for the project. 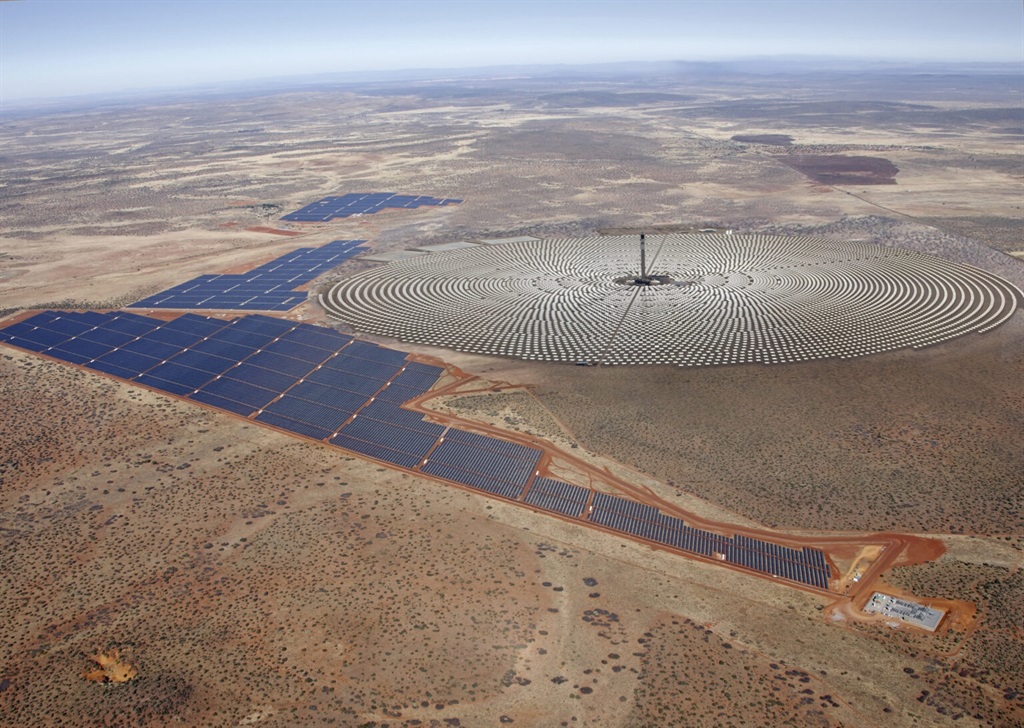 A artist rendition of the planned Redstone CSP Tower in the Northern Cape. Credit: ACWA

Surrounded by mirrors (heliostats), energy from the sun will be channelled into the 250-metre tall tower. The solar energy will heat up molten salt, which is contained in the tower. This will help to preserve the energy, for dispatch during the evenings and early mornings, when demand among households is usually greater, and the sun does not shine, Investec says.

"In the Redstone CSP Tower case, the thermal storage lasts for 12 hours, making it a truly dispatchable facility," says Bernard Geldenhuys, Senior Transactor in the Power and Infrastructure team at Investec Bank.

"An important feature of the Redstone CSP Project is that it will have 12 hours of full-load energy storage which will enable the CSP power plant to reliably deliver a stable electricity supply to more than 200 000 South African homes during peak demand periods, even after the sun has set," says Absa’s Shaun Moodley, a resource and project finance executive involved in the project.

The plant should be completed by October 2023, and will supply power to Eskom for 20 years. It is expected that the plant will create 2 000 jobs.

See all newsletters
Voting Booth
Have you noticed a difference in the voices of women compared to men in virtual meetings?
Please select an option Oops! Something went wrong, please try again later.
Yes, there is a difference.
28% - 58 votes
No, I haven't noticed it.
63% - 130 votes
A bad internet connection worsens it.
9% - 18 votes
Previous Results
Covid-19 Money Hub
Covid-19 Money Hub - answering your business and money questions during the crisis