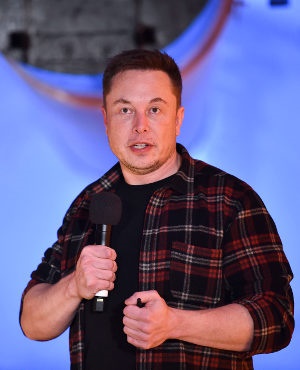 Tesla shares hit $100bn for the first time on Wednesday, triggering a payout plan that could be worth billions for Elon Musk, founder and chief of the electric carmaker.

Shares in Tesla rose some 4.8% in opening trade to extend the gains in the value of the fast-growing maker of electric vehicles.

Under a compensation plan approved by Tesla's board in 2018, Musk is to be paid in stock awards based on the value of the company, which could be worth as much as $50bn if Tesla reaches $650bn. He agreed to the plan, which would pay him nothing until Tesla's value reached $100bn.

We live in a world where facts and fiction get blurred
In times of uncertainty you need journalism you can trust. For only R75 per month, you have access to a world of in-depth analyses, investigative journalism, top opinions and a range of features. Journalism strengthens democracy. Invest in the future today.
Subscribe to News24
Related Links
Tesla batteries are keeping Zimbabwe’s economy running
Tesla gets exemption from China’s 10% tax on car sales
Elon Musk's people-moving tunnel will open in 2020
Next on Fin24
'It will be suicidal,' Zimbabwe rules out adopting US dollar as sole currency