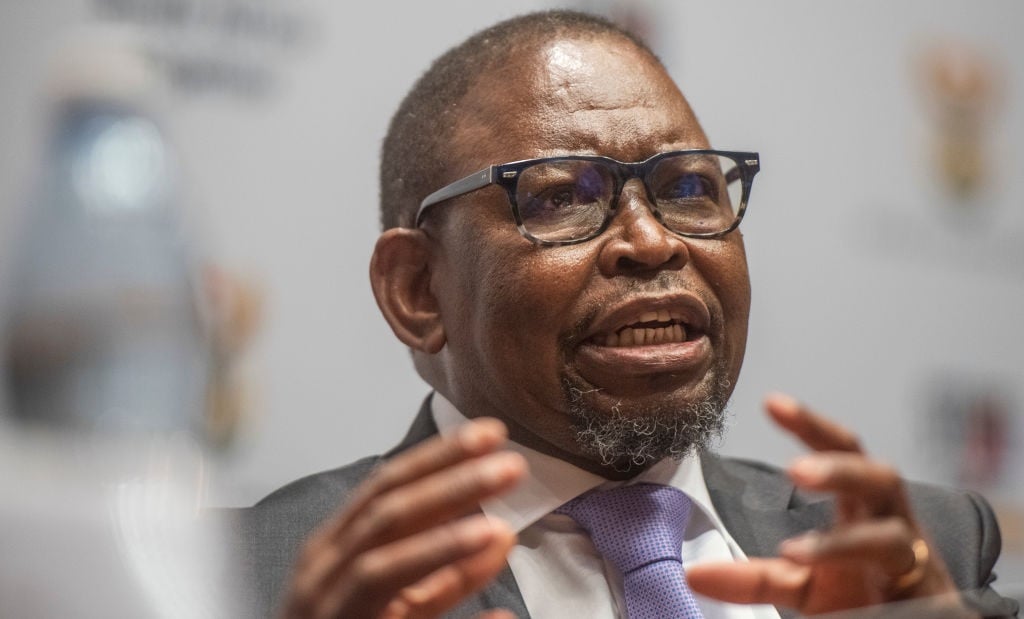 National Treasury has backed Finance Minister Enoch Godongwana's prominent involvement in public service wage talks. This should not be seen as exceptional, it told Fin24, as it is accounted for in the Public Service Regulations.

Treasury was unpacking the details of a report that emanated from Godongwana telling reporters he would become more involved in the ongoing negotiations.

Via email, Treasury said Godongwana would continue to work with the committee of Cabinet ministers engaging with the state's negotiator at the public wage talks.

The Department of Public Service and Administration, as in the past, appoints a chief negotiator who is assisted by the employer caucus to negotiate wage increases with trade union representatives of public sector employees at the Public Service Coordinated Bargaining Council (PSCBC). But the departure of Ayanda Dlodlo from the position of Minister of Public Service and Administration in April - to join the World Bank - left the department without full-time political leadership.

Employment and Labour Thulas Nxesi Minister assumed the position in an acting capacity, while negotiations continued.

Public Servants' Association spokesperson Reuben Maleka, however, has said the union is concerned that increasing Godongwana's influence in the talks would cause them to regress, as his Cabinet position means he coordinates aggressive negotiations for the fiscus to reduce the cost of the public wage bill by as much as possible.

But National Treasury told Fin24 that according to section 78(3) of the Public Service Regulations of 2016, the minister of public service and administration is responsible for managing the wage negotiations, while section 79 requires the National Treasury to provide a commitment on the availability of funding for the deal.

"Therefore, the minister of finance has said since the February Budget ... that he is keen on taking a more active role in public sector wage negotiations, for the chief reason that the rapid growth of public sector wages has been and remains a significant risk to the fiscal framework," National Treasury said.

Treasury added that the minister would participate in the negotiations as part of the Committee of Ministers on Public Service wage negotiations – which is led and chaired by the minister of public service and administration. Unions and government will return to the PSCBC on Wednesday for conciliation in a bid to break the wage talk deadlock.

"To clarify, Minister Godongwana has not said he is taking charge of the negotiations as it is a collective responsibility of the committee of ministers, but rather that he has a keen interest in being more actively involved in the process."

"The minister of finance and the National Treasury specifically are responsible for ensuring that all mandates are within the compensation budget envelope, as well as assessing proposals both from labour and from the side of the employer."

At the bargaining council, only the chief negotiator as assisted by the employer caucus has the authority to deliver the position of the state as the employer.

Treasury stressed that the principle would remain that any wage increase must be within what the fiscal envelope can afford.

With negotiations still ongoing, the minister did not wish not to ruin the spirit of mutual respect between the government and labour by conducting the negotiations in public, it added.

While unions have revised their wage increase demand downwards from 10% to 6.5%, the government has not budged from its 2% wage increase offer.

We live in a world where facts and fiction get blurred
In times of uncertainty you need journalism you can trust. For 14 free days, you can have access to a world of in-depth analyses, investigative journalism, top opinions and a range of features. Journalism strengthens democracy. Invest in the future today. Thereafter you will be billed R75 per month. You can cancel anytime and if you cancel within 14 days you won't be billed.
Subscribe to News24
Next on Business
Govt introduces 'new system' to improve UIF transparency after TERS crisis