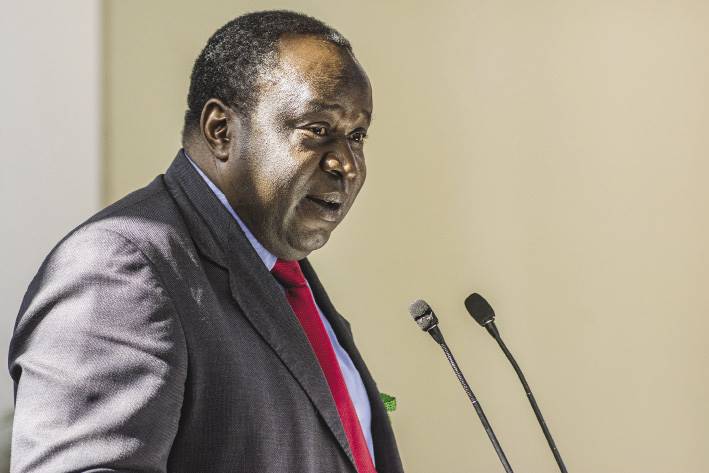 South Africa can’t implement a pay deal with public servants because it would precipitate a fiscal crisis, Finance Minister Tito Mboweni has said.

The government and labour unions will square off in the Labour Appeal Court on December 2 over Mboweni’s proposal to freeze wages that have surged 51% since 2008. Last week, Fitch Ratings and Moody’s Investors Service cut South Africa’s debt assessments deeper into junk, saying the state may struggle to stick to its plan to rein in spending.

“What government and the South African economy cannot now afford, and what is not just and equitable under the current circumstances, is for civil servants to claim yet further inflation-beating and private sector outperforming salary increases off an already high base,” Mboweni said in court documents.

The government reneged on a three-year pay deal earlier this year and Mboweni said last month it will freeze wages for the coming three years. The government and unions usually negotiate for three years at a time and the current agreement will end in March 2021.

The Congress of South African Trade Unions has warned the dispute over salaries could lead to the unraveling of its alliance with the African National Congress.

Mboweni said Zambia’s financial woes provided a cautionary tale and South Africa can ill afford to go down the same path. Zambia this month defaulted on its Eurobonds, the first African nation to do so since the onset of the coronavirus pandemic.

The government would be compelled to borrow more than R78 billion rand if the court backs the unions in their fight to have the wage agreement implemented, Public Service and Administration Minister Senzo Mchunu said in the court documents.

We live in a world where facts and fiction get blurred
In times of uncertainty you need journalism you can trust. For only R75 per month, you have access to a world of in-depth analyses, investigative journalism, top opinions and a range of features. Journalism strengthens democracy. Invest in the future today.
Subscribe to News24
Related Links
Funding SAA is my mandate, not my choice, Mboweni tells irate MPs
SABC has announced a stay of execution - but wage structure suggests the fight is not over
Mboweni: SA will be on the frontline to receive Covid-19 vaccine
Next on Fin24
Brian Molefe lays into Ramaphosa for his role at Eskom