UIF will be under 'very serious' strain, warns labour minister 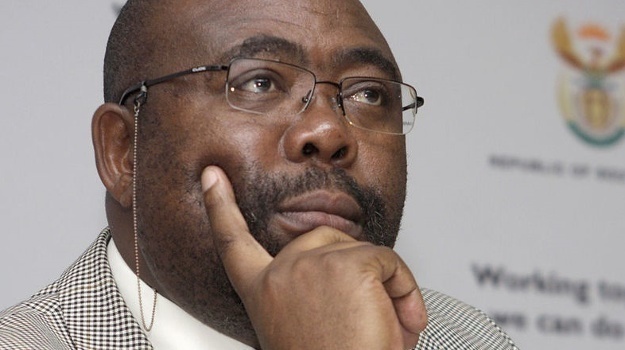 Minister of Employment and Labour Thulas Nxesi said on Thursday afternoon that the Unemployment Insurance Fund was going to be under "very serious strain" and that he foresaw a period where there would be heavy dependence on the state.

Government may have to play a central role in dealing with employment insecurity, he warned.

He also vowed to clamp down on predatory labour practices during and after the coronavirus outbreak.

In a virtual meeting on Thursday, Nxesi was giving a briefing on his department's budget vote and annual performance plan for the 2020/21 financial year to Parliament's Portfolio Committee on Employment and Labour; as well as the Select Committee on Trade and Industry, Economic Development, Small Business Development, Tourism, Employment and Labour.

He referred to Finance Minister Tito Mboweni's confirmation last week that he would table a revised budget to Parliament in due course, which would respond to the Covid-19 novel coronavirus pandemic and outline how a R500 billion in relief funds would be spent.

Currently, the Department of Employment and Labour has a budget allocation of R3.6 billion for the financial year.

"Clearly, we are not going to behave as if Covid-19 has not impacted on our programs, but the reality is in the parliamentary process, we have to present the program that we prepared prior to Covid-19 and that is what we have done," Nxesi said, adding that the department's programmes could be reviewed in line with any amended allocations if necessary.

Nxesi warned that unemployment benefits were limited, and that a long-term issue the state must deal with is employment insecurity.

The state could end up playing a central role going forward, he added.

"I will not talk about the UIF. We have already paid R9 billion in Covid benefits which we have paid to employers and the bargaining council.

"We highlighted the role of enforcement during the pandemic," Nxesi said.

He said the state must "come into the centre and deal with employment insecurity", adding that government could do this by ramping up public employment and formalising public employment programs that are labour-intensive as opposed to putting everything to tender.

"Our own fund, the UIF fund, is going to be under very serious strain and there is going to be heavy dependence on the state whilst the state is heavily stressed. A number of international commentators who say this is the era of the state moving to the centre," he warned.

"The current payments, we have R2.1 billion, and for compensation of employees we have R1.4 billion; and then for goods and services it’s R687 million and transfers and subsidies is R1.3 billion," said Lemati.

As for inspecting fair labour practice and protecting workers from opportunistic dismissals, Lemati said the department set a target of 221 556 employers to be inspected for compliance with occupational health and safety. He said the Commission for Conciliation, Mediation and Arbitration was standing by to arbitrate retrenchments under the guise of Covid-19.

"We have a system in place that deals with disputes and the prevention of disputes. They are there and standing ready to provide a service. We hope we won’t have retrenchments, but it seems that it will be inevitable. But if it occurs, we have CCMA ready," Lemati said.

He said the department also set itself a target for 90% of non-compliant employers being served with notices of infringement within 14 days of inspection. The department set a target of 65% prosecution referrals within 30 calendar days.

We live in a world where facts and fiction get blurred
In times of uncertainty you need journalism you can trust. For 14 free days, you can have access to a world of in-depth analyses, investigative journalism, top opinions and a range of features. Journalism strengthens democracy. Invest in the future today. Thereafter you will be billed R75 per month. You can cancel anytime and if you cancel within 14 days you won't be billed.
Subscribe to News24
Related Links
'Mind boggling' 122 million jobs lost in India, says think tank
US employment suffers steepest decline since Great Recession
Some employers over-claiming coronavirus UIF, says labour minister
Next on Fin24
SA recorded more natural disasters than any other African country in 12 years