Unease over Chinese buying farms Down Under

Sydney - With Chinese buyers eyeing farm land in Australia and New Zealand, authorities are coming under growing pressure to balance the need for foreign investment against accusations of "selling out".

Currently up for sale is the S. Kidman and Co. Limited cattle empire - a vast Outback estate which covers 1.3% of Australia's land mass and has an average herd of 185 000 cattle.

Treasurer Scott Morrison blocked its sale to all foreign investors in November, including from China, saying it was contrary to the national interest given part of the holding overlaps with a military testing range.

"It's certainly a very emotive issue," said Hans Hendrischke from the University of Sydney Business School.

"The anxiety about Chinese ownership is part of a larger anxiety with demographic change, with economic change, it is part of Australia having to cope with the idea... that we are coming much closer to Asia economically," he told AFP.

Hendrischke, who last year co-authored a KPMG report which found that agribusiness accounted for only 1% of Chinese direct investment in Australia in 2014, said while the Middle Kingdom was not yet a major foreign investor in Australian farmland, politicians were wary of a public backlash as its stake grows.

It is a similar story in New Zealand, where a KPMG report last year found the United States was the biggest buyer of that country's dairy land, purchasing almost five times as much as China, although Chinese purchases tend to attract more attention.

Such is the concern about valuable assets passing into foreign hands, Australia last year tightened scrutiny on overseas investment in agricultural land - lowering the level at which investments are screened to a cumulative total of US$11.3m. Previously only purchases over Aus$252m were screened.

The government is also creating a foreign ownership register of farming land, after politicians with rural constituencies warned against selling farms to overseas investors, including to top trade partner China.

The National Farmers Federation's Tony Mahar said such a register would "remove the emotion or the hearsay" by showing exactly how much land was owned by Chinese interests.

"You know, 10 or 20 years ago it was Japanese investment, prior to that it was UK investment, it was Canadian investment... so the country for us is to some extent irrelevant," Mahar said.

"The issue for us is making sure that we continue to attract investment."

In New Zealand, the world's largest dairy exporter, critics say the government has shown an inconsistent approach to Chinese ownership of farmland, bowing to populist pressure from political opponents.

China is the biggest foreign investor in the South Pacific country's dairy industry, which includes milk processing, according to the New Zealand-China Council.

While opposition parties labelled it a "land grab" and "economic betrayal", Key said Chinese investors deserved the same treatment as those from elsewhere.

Australia's Agricultural Minister Barnaby Joyce has acknowledged while his preference was for domestic ownership, foreign bids had to be considered.

Last month Joyce told local media that "people would be screaming at me" if he let all bids through, but if he blocked them "they'd rightly say I was parochial and xenophobic".

"I think we're trying to find a happy medium." 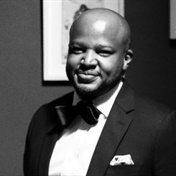 See all newsletters
Voting Booth
How has Covid-19 impacted your financial position?
Please select an option Oops! Something went wrong, please try again later.
I'm not really directly affected
18% - 2007 votes
I am taking a hit, but should be able to recover in the next year
23% - 2625 votes
My finances have been devastated
35% - 3937 votes
It's still too early to know what the full effect will be
25% - 2812 votes
Previous Results
Covid-19 Money Hub
Covid-19 Money Hub - answering your business and money questions during the crisis