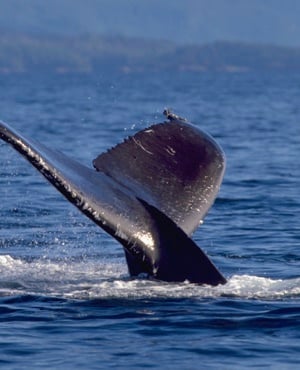 Japan announced it would resume commercial whaling in July, drawing criticism from Australia and New Zealand, where anti-whaling sentiment is strong.

Japanese Chief Cabinet Secretary Yoshihide Suga said Wednesday that the country would withdraw from the International Whaling Commission, but only hunt whales in its own territorial waters and exclusive economic zone.

Suga said in a statement that Japan won’t hunt the sea mammals in the Southern Ocean or the southern hemisphere, where whalers sometimes fight off environmental activists with water cannons.

While likely to upset Japanese trade and security partners such as Australia and New Zealand, the decision on whaling might please some voters, who have been irked by foreign criticism of the country’s hunting practices. Prime Minister Shinzo Abe’s electoral constituency in western Japan includes the former whaling hub of Shimonoseki, and whale meat was a common dish in the nation’s schools.

Suga said Japan decided to leave the whaling commission after more than 30 years of unsuccessful efforts to get it to lift the moratorium on commercial whaling. The country has sidestepped restrictions by conducting what it calls “scientific whaling” - with the meat of the whales caught under this program often ending up in shops and restaurants.

Both Australia and New Zealand issued statements saying they were disappointed by the decision, but welcomed the end to Southern Ocean hunting.

“Their decision to withdraw is regrettable and Australia urges Japan to return,” Australian Foreign Minister Marise Payne and Environment Minister Melissa Price said in a joint statement. “Australia remains resolutely opposed to all forms of commercial and so-called ‘scientific’ whaling. We will continue to work within the commission to uphold the global moratorium on commercial whaling.”

The International Court of Justice in The Hague ordered Japan to halt its scientific whaling program in 2014, in a case brought by Australia. Japan later restarted it, drawing a rebuke from then-Prime Minister Malcolm Turnbull.

Suga told reporters that Japan’s formal notice of withdrawal from the whaling commission would be submitted before the end of the year and that the government would seek to work with other like-minded countries to “restore the original functions of the IWC".

He said that group was intended to facilitate the development of the whaling industry, as well as conserve whale populations.

The whaling will be conducted in accordance with international law and within the catch limits calculated by the method adopted by the whaling commission to avoid negative impact on whaling stocks, Suga said in his statement.

“Engagement in whaling has been supporting local communities, and thereby developed the life and culture of using whales,” Suga said. “Japan hopes that more countries will share the same position to promote sustainable use of aquatic living resources based on scientific evidence, which will thereby be handed down to future generations.”