Prime Minister Theresa May’s Brexit deal was rejected by Parliament in a humiliating defeat, her plan for leaving the European Union all but dead. Opposition leader Jeremy Corbyn responded by proposing a vote of no confidence in her government.

The House of Commons voted 432 versus 202 against the divorce the UK government brokered with the European Union. A margin of less than 60 would have given grounds to hope that the deal was salvageable, with the EU poised to engage in ways to make it more palatable.

Instead the largest defeat in over a century prompted the Labour Party to pounce to try to force a general election. The government said a vote would come on Wednesday.

In a confidence vote, it’s likely Tories and their Northern Irish allies would still stand by her, for now. Though one question is whether pro-Brexit Tories who wanted to oust her as leader last year would consider voting with the opposition just to get rid of her.

More than two years after the nation cast a die and voted to leave the 28-nation bloc, the UK is facing political paralysis over a decision that has divided the nation and its political class for decades.

May’s choices are limited by the fact that her Conservative party does not have a majority in Parliament and that there are competing interests between those who want a clean break from the EU those that want to preserve close ties and an opposition party eager to come power.

The UK was meant to leave on March 29 - two years after May triggered the process - but now that is also looking unlikely and an increasingly boxed-in prime minister could well decide to ask fellow EU leaders for an extension as she works out her next steps.

We live in a world where facts and fiction get blurred
In times of uncertainty you need journalism you can trust. For only R75 per month, you have access to a world of in-depth analyses, investigative journalism, top opinions and a range of features. Journalism strengthens democracy. Invest in the future today.
Subscribe to News24
Related Links
Crushing defeat for Theresa May in Brexit deal vote
One in 6 Britons eyes stockpiling food, medicine for Brexit
Citi says don't trade the pound Monday as huge swings possible
Next on Fin24
Germany steams ahead with new hydrogen-powered train 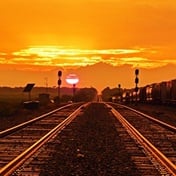