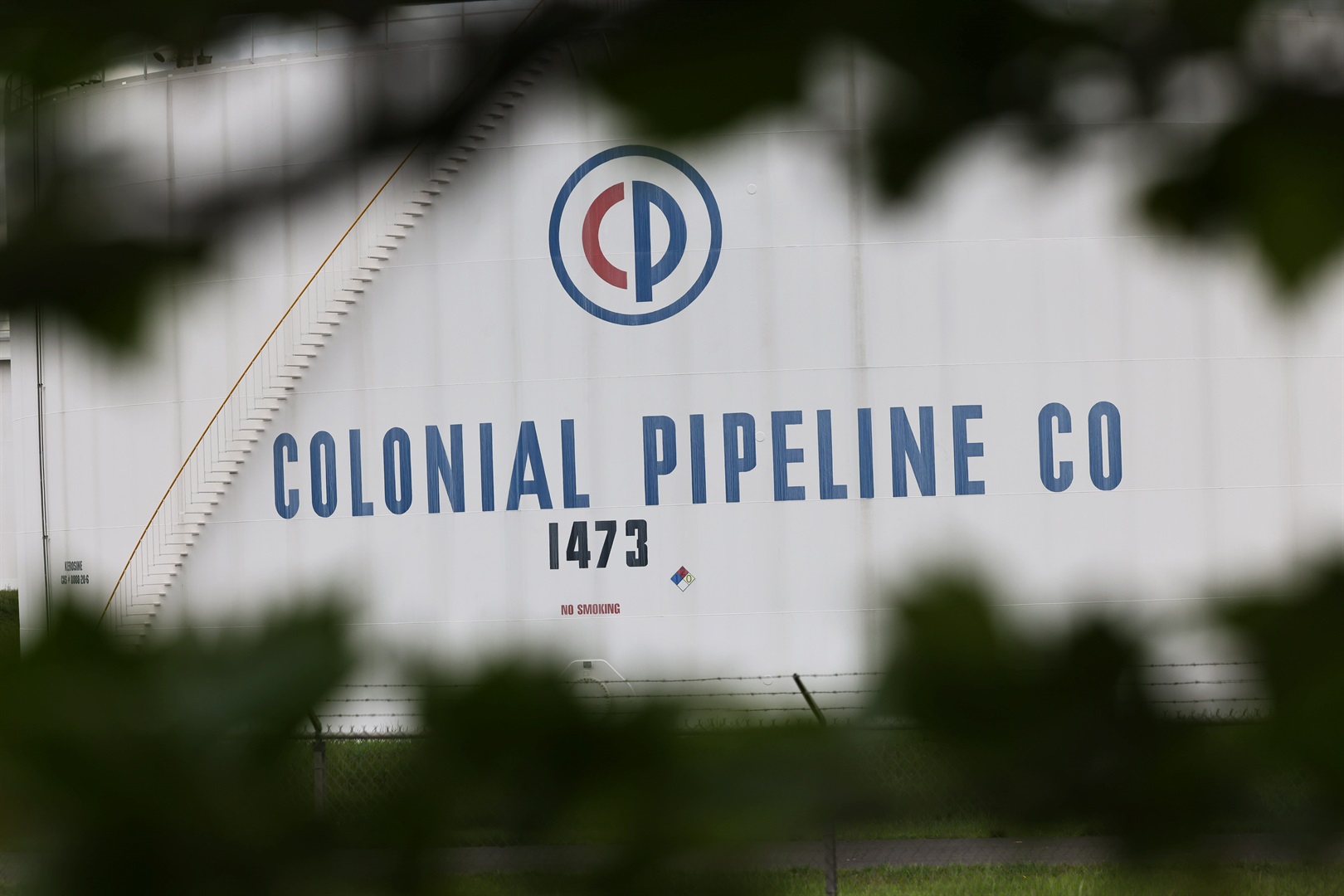 Colonial Pipeline was forced to shut down its oil and gas pipeline system on Friday after a ransomware attack that has slowed down the transportation of oil across the Eastern US.
Michael Santiago/Getty Images

The major US pipeline network forced offline by a cyber attack began to reopen Wednesday, its operator said, after a five-day shutdown prompted motorists to frantically stock up on petrol and some gas stations on the US east coast to close.

But Colonial Pipeline warned that it will take "several days" before supplies return to normal.

Faced with a growing shortage, late on Wednesday the White House announced that it had waived the Jones Act - which blocks the use of non-US-flagged vessels, which are cheaper and more plentiful, to transport fuel.

It will be "temporary and targeted" to the company, Biden administration spokesperson Jen Psaki said in a statement.

"This waiver will enable the transport of additional gas and jet fuel between the Gulf Coast and East Coast ports to ease supply constraints," she said.

Psaki added the White House would continue to monitor the situation, and urged Americans to "just purchase what they need, and not hoard fuel, as supply is restored".

The move came after a dozen states - from Florida to Virginia - declared a state of emergency, heightening the sense of panic among consumers who flocked to gas stations bearing fuel cans and other containers to fill up.

A ransomware attack Friday on Colonial Pipeline forced the company to shut down its entire network, hampering supply in eastern states.

But the company said late Wednesday it had "initiated the restart of pipeline operations today at approximately 5 p.m. ET" (23:00).

"Following this restart, it will take several days for the product delivery supply chain to return to normal," the statement said, adding that some of its markets would continue to experience service interruptions.

However, the company pledged to move "as much gasoline, diesel, and jet fuel as is safely possible and will continue to do so until markets return to normal."

President Joe Biden earlier Wednesday tried to reassure Americans, saying his officials had been "in very, very close contact" with the company.

The Transportation Department and Environmental Protection Agency (EPA) have also eased regulations on transporting fuel and temporarily waived clean air rules throughout the affected states to try to ease the supply crunch.

Those few stations with fuel available on Wednesday saw long car lines waiting to fill up.

In Florida, 73% of stations in the Pensacola area were out of fuel, according to gas price tracking site GasBuddy analyst Patrick De Haan.

In North Carolina's Raleigh-Durham area, seven out of 10 stations ran out of gas, as did six in 10 around Georgia's capital, Atlanta.

"It's crazy, but we got to deal with it," customer Vanita told AFP in Raleigh, North Carolina on Tuesday.

Colonial Pipeline operates the largest US fuel conduit system in the United States, which sends petrol and jet fuel from the Gulf Coast of Texas to the populous east coast through 8 850 kilometres of ducts that serve 50 million consumers.

The restoration of supplies will come as a relief to motorists who drove a wave of panic buying that caused the thousands of stations to run dry, according to GasBuddy.

US average petrol prices topped R42.26 ($3) a gallon for the first time since November 2014, according to the American Automobile Association (AAA).

"We recognise the concern that is out there, and that's why we haven't wasted any time to get into action," he told reporters. "Hoarding does not make things better."

The FBI blamed the shadowy DarkSide group for the ransomware attack, in which hackers freeze IT systems and then demand a huge payment to release them.

But according to a report in The Washington Post on Wednesday, Colonial Pipeline has no plans to pay the ransom.

Instead it is working with a cybersecurity firm to rebuild its systems or restore them from backups, the report said, citing people familiar with the matter.

The company did not respond to AFP's request for comment.

The Colonial Pipeline attack follows two other major cybersecurity breaches - the SolarWinds hack that compromised thousands of US government and private sector computer networks and was officially blamed on Russia; and a potentially devastating penetration of Microsoft email servers.

On Wednesday, Biden unveiled a new executive order to improve US cybersecurity, which among other functions compels companies to communicate in the event of such breaches.

In addition to creating a "zero trust" structure - which will deny companies access to government systems if their security systems do not meet tight standards - it creates a national body in charge of determining the cause of such incidents.

"Anybody doing business with the US government will have to share" information on breaches, a White House official said, speaking on grounds of anonymity.

We live in a world where facts and fiction get blurred
In times of uncertainty you need journalism you can trust. For only R75 per month, you have access to a world of in-depth analyses, investigative journalism, top opinions and a range of features. Journalism strengthens democracy. Invest in the future today.
Subscribe to News24
Next on Fin24
Brazilians grow unhappy and angry as inequality hits record