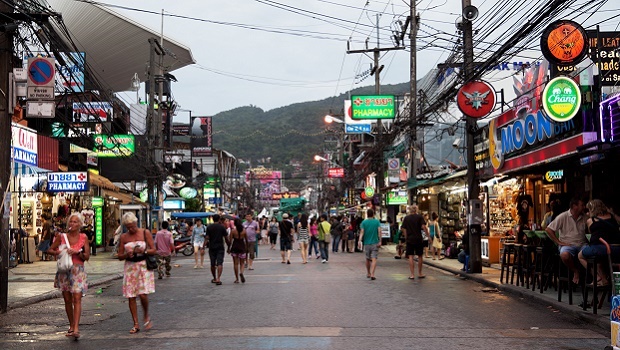 Thailand indefinitely suspended a quarantine-free visa programme for vaccinated visitors and ordered a ban on the sale of alcohol at restaurants in areas deemed at high risk of Covid infections to curb the spread of the omicron variant.

The nation’s main virus task force spared Bangkok, Phuket and six other tourist destinations from harsh containment measures, but banned alcohol consumption at restaurants and other commercial establishments after 21:00, Taweesilp Visanuyothin, a spokesman for the task force, said at a briefing on Friday.

Travelers who had already received approvals under the government’s ‘Test and Go’ program may still enter the country with their approved length of stay, Thanakorn said, reversing a Friday announcement that set an entry deadline of Jan. 15. The government will closely monitor the situation and consider the number of cases and risk factors in adjusting measures, Thanakorn added.

The Southeast Asian nation reported 8 263 new infections on Saturday, the highest single-day tally since October 31, and a fifth straight day of increase. Daily cases have jumped in the last week after falling to a six-month low before Christmas. Health officials have warned that cases may rise rapidly following the New Year celebrations and community spread of the omicron strain.

The baht extended losses to a two-week low on concern the visa suspension will hurt foreign exchange earnings from tourism, while the benchmark stock index erased losses after the virus panel ruled out a national lockdown and didn’t order any closure of businesses.

“Even though the restrictions aren’t worse than what we expected, the tourism recovery is still unclear and it isn’t positive news for the baht,” said Tim Leelahaphan, a Bangkok-based economist at Standard Chartered Plc, which sees the currency sliding to 34 to a dollar in the first quarter.

The tourism-reliant nation had relaxed most of its restrictions on businesses and lifted a mandatory quarantine requirement for immunized travelers late last year to revive an economy battered by the pandemic. But omicron has derailed the government’s plan to boost the travel sector and the economy.

“The new restrictions won’t affect domestic economic activities significantly. The tourism sector that relies on international arrivals however will be hurt the most,” said Rachot Leingchan, analyst at Bank of Ayudhya Pcl’s research unit. “Stimulus steps to boost domestic consumption will still play a key role in the recovery, and exports will continue to be a bright spot in the economy.”

Thailand will expand its so-called Phuket sandbox program, a different quarantine-free entry process that requires visitors to spend the first week on the island before traveling to other parts of the country, to three other provinces including Krabi and Phang Nga, Taweesilp said.

The virus task force also appealed to people to avoid domestic travel and to work from home until the end of January after the Health Ministry on Thursday raised the nation’s Covid alert level to the second highest. The panel also recommended lifting a ban on travel from eight African countries from Jan. 11.

Prime Minister Prayuth Chan-Ocha’s government is trying to ramp up the rollout of booster shots, urging all residents who have completed their two-dose regime before Nov. 1 to get their third jab immediately. Individuals at high risk are also eligible for a fourth shot, three months after their third dose.

Only about 10% of the country’s 72 million residents have received three shots of vaccines, seen as key to providing some protection against the omicron strain, while about 65% have already received two doses.

More on restrictions in the 69 provinces from January 9: