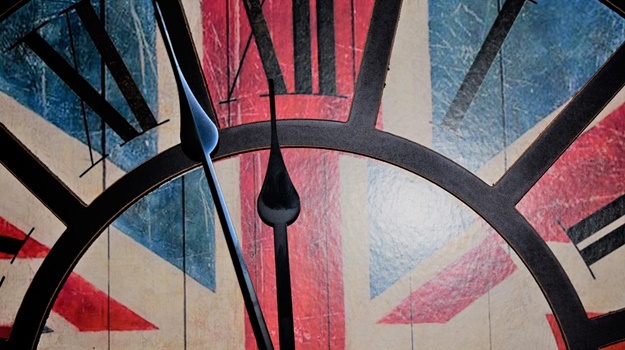 Britain and the European Union will restart talks on Monday over their future relationship, with time running out to get an agreement after a six-week interruption caused by coronavirus.

Officials will meet by video-conference for a full week of discussions, their first since the inaugural round in Brussels at the start of the March. Shortly after that meeting, David Frost and Michel Barnier, the two sides’ chief negotiators, were forced into isolation after showing symptoms of the virus.

They resume talks as the UK’s opposition to extending the deadline hardens and officials say they have made little progress beyond identifying the major areas of disagreement. After leaving the EU on January 31, the UK has until the end of the transition period on December 31 to settle its future relationship with the bloc in key areas such as trade, security and aviation co-operation.

“There are many serious divergences,” Barnier said after the first round of negotiations. But “an agreement is possible - even if difficult.”

Until the end of June, either side can ask for the transition period to be extended by up to two years, subject to other’s consent. Many UK businesses, fearful of the economic disruption of Brexit and the coronavirus combined, have called for extra time.

But Boris Johnson’s government, unwilling to countenance any further Brexit delays or payments into the EU’s coffers, has repeatedly ruled out asking for a postponement and said last week it would veto any EU request for one.

“Transition ends on 31 December this year,” Frost said on Twitter last week. “We will not ask to extend it. If the EU asks, we will say no.”

If the two sides can’t reach a deal, the UK would default to trading on terms set by the World Trade Organisation, meaning the return of tariffs and quotas where there are none today.

Barnier and Frost will lead an opening session on Monday afternoon. Over the following three days, negotiators will discuss trade in goods, trade in services, and how to prevent unfair competition, before a concluding session on Friday.

During the course of the week, there will also be discussions on fishing rights, road transport and aviation, energy and nuclear cooperation, and law enforcement, as well as how any deal should be governed.

The key areas of disagreement are:

• Competition policy, where the EU wants the UK to commit to a so-called level playing field to prevent the bloc’s economy being undercut.

• Fishing, where the EU wants continued access to British waters.

• The way any deal is be structured, with Britain favoring a series of mini-agreements, while the EU insists there must be one all-encompassing deal.

Two further video-conference rounds have been arranged for May 11 and June 1. Under the original timetable, officials had planned to have held five weeks of negotiations by the middle of May.

We live in a world where facts and fiction get blurred
In times of uncertainty you need journalism you can trust. For only R75 per month, you have access to a world of in-depth analyses, investigative journalism, top opinions and a range of features. Journalism strengthens democracy. Invest in the future today.
Subscribe to News24
Related Links
Boris Johnson leaves hospital as UK braces for grim milestone of passing 10 000 Covid-19 deaths
Lockdown to burn a hole in Eskom finances
Covid-19 | Govt's economic rescue plan a race against time
Next on Fin24
Brexit sparks 1 trillion UK assets switch to EU - study