Wirecard filed for insolvency, following the arrest of its CEO amid a massive accounting scandal that left the German payment-processing firm scrambling to find over $2 billion dollars missing from its balance sheet.

Wirecard management cited over-indebtedness as the reason behind the decision to seek court protection in Munich, according to a statement. The company also said it’s considering whether the insolvency proceedings should also be applied to its subsidiaries.

Wirecard Bank is not included in the proceedings, according to a person familiar with the matter, who asked not to be named, as the situation is private. German regulator BaFin is responsible for deciding whether a bank should file for insolvency, although there are also other measures it can take when a lender runs into trouble.

The company’s rapid fall from grace comes after it admitted that €1.9 billion went missing from its balance sheet, and is a major setback for Germany’s burgeoning tech scene and a debacle for investors. In less than a week, the company once hyped as the future of German finance had seen its shares and bonds collapse and its former Chief Executive Officer Markus Braun arrested in an accounting-fraud probe after almost two decades at the helm of the company.

Wirecard’s shares plunged 80% to €2.50 in Frankfurt after trading resumed. Its €500 million of bonds due 2024 fell 6 cents on the euro to a record low of 12 cents on Thursday, according to data compiled by Bloomberg.

The insolvency proceedings leave Wirecard’s creditors facing lengthy negotiations with administrators over how much they’ll get back out of the money they’re owed following the company’s implosion. Banks who lent to Wirecard including Commerzbank AG, ABN Amro, LBBW and ING have been demanding more clarity from the company in return for the extension of almost $2 billion in debt.

Wirecard has licences with Visa, Mastercard and JCB International, through which Wirecard’s banking arm issues its credit cards. If Wirecard is unable to find its missing cash, Visa and Mastercard may have cause to revoke the licences.

“The big question is whether they retain the Visa and Mastercard licences,” Neil Campling, analyst at Mirabaud said. “Without those they have no business.”

For Germany, the affair represents an embarrassment. While the country has seen the likes of airline Air Berlin and renewable-energy firm Solarworld file for insolvency in past years, critics say that Wirecard’s troubles could have been spotted earlier.

The crisis began when Wirecard failed to publish its yearly report on June 18, citing the missing cash. In the ensuing days, Wirecard’s stock and bonds collapsed after two Asian banks that were alleged to be holding the funds denied any business relationship with the company. Braun resigned on June 19, and was arrested by Munich prosecutors a couple of days later. He’s been since released on bail. 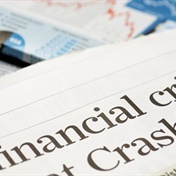 See all newsletters
Voting Booth
How has Covid-19 impacted your financial position?
Please select an option Oops! Something went wrong, please try again later.
I'm not really directly affected
18% - 1536 votes
I am taking a hit, but should be able to recover in the next year
23% - 2000 votes
My finances have been devastated
34% - 2989 votes
It's still too early to know what the full effect will be
25% - 2172 votes
Previous Results
Covid-19 Money Hub
Covid-19 Money Hub - answering your business and money questions during the crisis