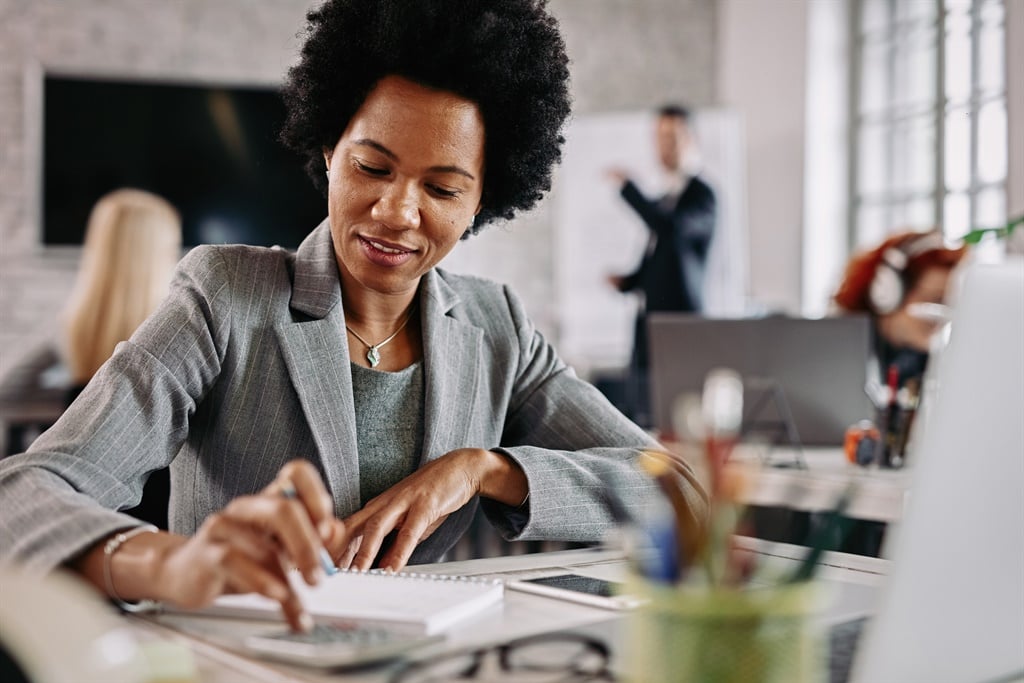 Pin-up photos and smutty jokes have long been commonplace on trading floors, but the finance world is gradually opening up to women - underlined by the arrival on Monday of Jane Fraser at the head of Wall Street banking flagship Citigroup.

Her elevation marks "a milestone," according to Lorraine Hariton, director of Catalyst, an organization that promotes women in the workplace.

"But there is also a long way to go," she said.

Employment figures demonstrate the mountains that still have to be moved to achieve parity between men and women in the financial services sector.

Women in 2019 made up more than 50% of employees in the field in the United States, but only 22% of managers - leaving aside the highest positions - according to a report by Deloitte.

Current trends predict that figure will rise to 31% by 2030. And male financial analysts earned 17% more on average in 2020 than their female counterparts.

Several women told AFP that women have to work harder than men to climb the ranks, and have to be seen as beyond reproach.

Prestigious professions and those that pay the most, like investment bankers and traders, still remain strongholds of white men. And sexist remarks still come out from time to time.

"For every Jane Fraser, there are hundreds, if not thousands, out there," said Muriel Wilkins of the executive consultancy firm Paravis Partner.

"Are they being provided with the opportunities to be able to advance?" she said.

But the old certainties have started to shift.

Vague promises about the need to diversify recruiting have gradually led to some real reflection on the issue.

"Slowly more leaders... are starting to think and to talk about what it means to have equity in their organization... and which structures they can put in place, so that it is not just on women," said Muriel Wilkins.

At JPMorgan Chase, America's largest bank by asset size, there has long been an informal women's network.

In 2013, women at the most senior level started organizing women-only meetings while on business trips around the world so that they could hear employees' thoughts.

Company head Jamie Dimon wanted to formalize these various initiatives and so in 2018 the "Women on the Move" program was created, said project manager Sam Saperstein.

"It allowed us to reinvigorate what we were doing with HR, with training and just pull everything together and elevate it in a clear strategy across the firm," she said.

The initiative organized a career development program open to all women in the company. About 500 participated in the first session last year, and 2,000 have applied for the second.

To tackle the citadel of asset management, which is still the preserve of men, the organization "Girls who Invest," founded in 2015, has set itself the goal of having 30% of the money invested in funds worldwide managed by women by 2020.

Women currently represent only six percent of managers in venture capital companies, according to the group, and only three percent in hedge funds.

The organization wants to prove that contrary to popular belief, women are not at all turned off by the job: companies just have to go out and find them.

It scours university campuses to recruit students, train them and offer them internships.

"The industry had moved tremendously in the past five years," said director Katherine Jollon Colsher.

"More and more firms are now having 50% female analyst classes and are focused on those same numbers at the associate level."

Michael Corbat, Jane Fraser's predecessor, was one of the first in the industry to release statistics on diversity within his firm.

It is also essential, Hariton said, for companies to put in place support measures, whether it is sponsorship programs or parental leave

We live in a world where facts and fiction get blurred
In times of uncertainty you need journalism you can trust. For 14 free days, you can have access to a world of in-depth analyses, investigative journalism, top opinions and a range of features. Journalism strengthens democracy. Invest in the future today. Thereafter you will be billed R75 per month. You can cancel anytime and if you cancel within 14 days you won't be billed.
Subscribe to News24
Related Links
OPINION | Must women wait another 20 years to inch upwards in SA's top companies?
OPINION | Women are better investors, but retire with 30-40% less than men
OPINION | What South African women told us about being the main breadwinner
Next on Fin24
Ukraine war: Stand-off at Europe's largest nuclear plant stirs Chernobyl memories and fears