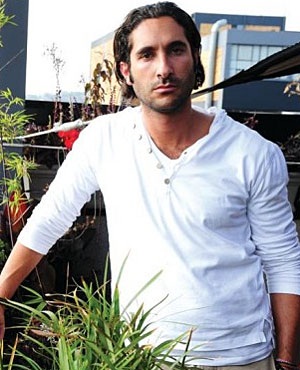 The list sees South Africa tying with Kenya on the number of representatives per country.

“It means we’re putting the country on the map,” said Tebogo Ditshego, the chief executive of Ditshego Media.

Ditshego (29) started his investor relations company after cutting his teeth as a spokesperson for the Gauteng MEC of community safety aged just 25.

A charming communicator, Ditshego studied public relations at the University of Johannesburg, where he was a member of the student representative council – incidentally where he learnt the leadership skills that would come in handy later.

He used his own funds to set up Ditshego Media in 2011, egged on by his eagerness to help solve South Africa’s unemployment problem and to avoid having limits imposed on his personal progress.

Just more than five years ago, the top South African on the list, Head Honcho Clothing boss Nick Kaoma – along with his business partner Mzo Gcwabe – spotted a gap in the market for quality urban streetwear.

“I funded the business by using half of my salary from my previous job and just grew it from there,” says Kaoma (28), who ranks fourth on the Forbes list.

The brand is stocked in seven Shesha stores and 10 Sportscene stores.

It has snagged popular DJ Lulo Cafe as a brand ambassador and the brand has immersed itself in hip-hop culture.

“We do our own marketing,” says Kaoma. “We come up with the strategies and execute them ourselves. We’re passionate about the culture so it’s a very natural and organic process for us.”

Kaoma says the business became profitable in its third year: “We turn over millions per annum. I can’t be specific, unfortunately.”

Ninth on the list is Alex Fourie (26), who founded iFix in 2007. The company fixes Apple devices.

“It started in my dorm room in Wilgenhof in Stellenbosch University in 2007,” Fourie says. “I broke my iPod, fixed it, then fixed a few friends’ iPods and then placed an ad in the Cape Ads...and it sort of just took off from there.”

iFix has expanded its offering to other Apple devices as well as some Samsung gadgets.

The stores employ 80 people and iFix has done work for major clients like FNB, DionWired and Santam.

Jonathan Liebmann, the guy behind the trendy Maboneng Precinct in downtown Joburg, ranks 17th on the list. He started Propertuity, a profitable urban development company, with Arts on Main as its first project in 2009.

“I started the business to make a large social impact by transforming the city and make money while doing that,” says Liebmann (29).

“Initially, we were funded by private equity capital and now we also get funding from major banks.”

Propertuity, a mashup of the words ‘property’ and ‘perpetuity’, has since grown its portfolio to 37 buildings, according to the 2013 Maboneng Growth Report.

Liebmann says it directly employs 28 people, while it has provided a “launch pad” for more than 50 entrepreneurial enterprises in Maboneng.

Adii Pienaar (28), who is ranked 19th, founded web company WooThemes eight years ago, after dabbling in microbusinesses in spaces as varied as wine making, modelling and music.

“I fondly remember the three different projects I worked on while at varsity: an alternative music record label called Maiden League Records, which I never made money off, but got to enjoy some fantastic local music; a campus-based, girl-next-door modelling agency called Akkerliefies, which I had to sell?…?because I was having too much fun on this and would’ve probably not gotten my degree if I continued and then there was The Cellar, which was a local wine directory. This was the first real, profitable business I created, but it eventually just kind of died down.”

WooThemes, the company that earned him a spot on the list, builds products for the open source internet platform, WordPress.

Before he sold the company last year after seven years, Pienaar built WooThemes into a multimillion-dollar company with 35 employees.

Cassim says he battled to find a job after earning a master’s degree in digital media and a couple of months working for a media firm in New York.

“I applied everywhere, including City Press, but nothing. I was really discouraged by the vision of South African media – no news agency was really pushing the envelope in terms of digital media.”

He found a story in a local newspaper about iPads being used to educate township learners.

“I decided to phone Apple and told them I was a journalist and I wanted to cover the story. This article turned into a video, which I sold to the Mail & Guardian. A week later, Apple was so impressed with my work I was doing videos for them, and boom – the company was born,” he says.

He started One Way Up Productions with Dave Mayers. The company has been operating for two years and does a mix of journalism as well as nonprofit and corporate work.

He started Real World Diagnostics in 2006 as a distributor of rapid test kits for drugs, HIV, malaria and pregnancy.

“With the revenues generated, I’ve established Medical Diagnostech in 2010 as a manufacturer of rapid diagnostic test kits, which we organically grew to a facility that can now produce 20?million test kits per annum,” says Uys (30).

The company has won a raft of awards for Uys, including the 2008 SA Breweries KickStart National Business of the Year award.

He recently set up his third business, OculusID, which focuses on diagnostics by analysing the pupils of one’s eyes.
We live in a world where facts and fiction get blurred
In times of uncertainty you need journalism you can trust. For only R75 per month, you have access to a world of in-depth analyses, investigative journalism, top opinions and a range of features. Journalism strengthens democracy. Invest in the future today.
Subscribe to News24
Related Links
Government makes case for small businesses
MBA students offer help to companies
Kaduna government to finance women in business
Next on Fin24
Could maggots fuel high-protein sports drinks? This SA startup thinks so