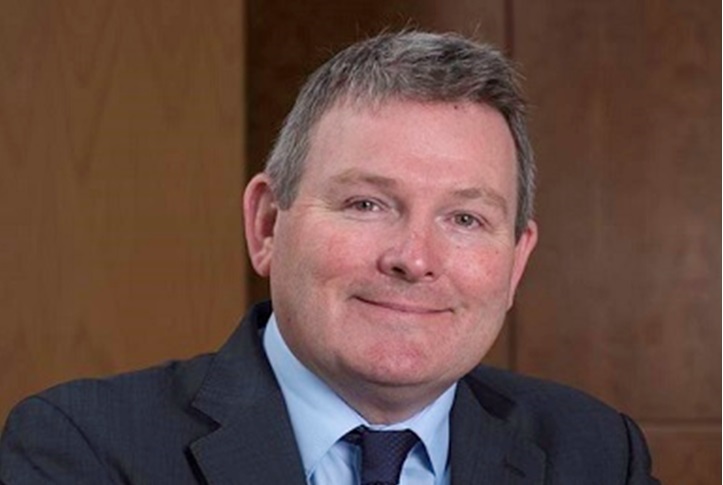 Paul Dunne is the Chief Executive Officer of Northam Platinum.

Paul Dunne has been in the driving seat of Northam Platinum for seven years. He shares his outlook for the next decade.

2021 marks seven years since Paul Dunne has been at the helm of Northam Platinum. Prior to joining Northam, Dunne, an electrical engineer, was an executive director at Impala Platinum, responsible for all mining, concentrating and smelting operations at its Rustenburg and Marula mines.

Dunne, who has been in the mining industry since 1987 when he moved to South Africa at age 24 from England, says he has always been on mining sites, and happily so, as he prefers it to the city.

“I am more of an operating person and not a Joburg person,” he tells finweek.

When Dunne assumed the role of CEO at Northam in 2014, he boldly expressed the intention to double the company’s platinum production by 2020. The mature Zondereinde mine produced approximately 300 000 ounces of platinum group metals (PGM) in concentrate annually back then. At the time, like many single-asset companies, Northam tended to produce uneven results.

It most certainly did not help that, also at the time, Northam’s Zondereinde mine was badly impacted by 11 weeks of strike action called by the National Union of Mineworkers, the majority union on the mine. The strike started on 3 November 2013 and terminated on 21 January 2014. Revenue losses reached R750m before a settlement was reached.

This strike was immediately followed by another one, this time, a five-month strike, the longest in SA labour relations history, called by rival Association of Mineworkers and Construction Union, which affected the operations of Anglo American Platinum, Impala Platinum and Lonmin.

“The PGM industry has not had a particularly easy time in the last decade,” says Dunne. The industry was plagued by a difficult business environment, including operational issues.

Nevertheless, in the 2014-2015 financial year, Dunne and Northam took the view that the world does need these metals and the miner took a decision to invest, at a time when it was counter-cyclical to the majority of Dunne’s colleagues who were shrinking or “pulling in their horns” as they say.

“Our reading of the market was very positive, but we didn’t know where or when — we thought that if we made the right investments, we could do well when the market moves. So, we did a very counter- cyclical investment strategy.”

The miner bought the Everest mine from Aquarius Platinum for R450m in 2015. Three years later, it bought the Tumela block from Anglo Platinum in a three-part transaction valued at R1bn. The block is adjacent to Northam’s Zondereinde mine in Limpopo and the new asset gave Northam 16.7m ounces of platinum, palladium, rhodium and gold resources.

Developing the block was part and parcel of the ambitious plan to double PGM production within five years. Northam continued its acquisition spree, buying the Eland mine from Glencore and some recycling assets in the US. “Fortunately for us, because the market was depressed, we got the assets for very low prices. We have been bringing those assets into production since then,” says Dunne.

Has the seven-year acquisition spree paid off? Northam’s production, for instance, in this reporting period is up 15% into a stronger market, according to Dunne.

“If you grow volume into a stronger price environment, your cash generation becomes very positive,” he says. “So, the strategy is working out nicely for us.”

He says the Everest mine is fully paid for and returned much more than Northam paid for it. The same with the Tumela block.

When the Zondereinde mine commenced production in 1993, it had an estimated life of mine of 30 years.The Tumela block from Anglo Platinum extended the life of the mine beyond 2050.

“Buying the block next door was also strategic in that we could access the underground from the existing shaft systems without having to build entirely from scratch, it was accessed in a very capital-efficient manner.”

Dunne explains that the block gave immediate access to the new ground, and what this has done is give Zondereinde a new lease of life.

“The name Zondereinde, actually means without an end. So, it is going to go on for quite a while,” Dunne says.

Northam decided to return value to shareholders with a share buyback. In October 2014, Northam unveiled a R6.6bn black economic empowerment (BEE) deal, in which it issued 22% new shares to a BEE entity, the Zambezi Platinum Consortium, for R4.6bn, to which the Public Investment Corporation added R2bn worth of shares it already held in Northam. “We have returned this year alone, over R8bn of value to shareholders.”

“We find the share buyback as an efficient way of returning value to shareholders, which gets reflected in the share price.”

The business is very people- centric, according to Dunne. “Though we have mechanised mining, our style of mining is still conventional, particularly Zondereinde, and very people-centric.”

People work with people, he says. “It is my job to inspire confidence in others to do what they do best, which I hope I do well. It is not my job to do their job. They respond, I would hope, to my leadership style; enabling them to feel confident enough to be the best of themselves. I would say it is my number one method of getting the best out of people.”

Dunne says that he is “quite positive” about 2021. Despite the continued impact of the Covid-19 pandemic on operations, the miner delivered a record set of results for the six months ended 31 December. Due to the uncertainty of Covid-19, Northam suspended some of its growth projects and reduced its 2021 production targets.

With some improved confidence in metal markets, Northam has reinstated all suspended growth projects (Zondereinde number 3 shaft and Eland development and stopping ramp-up, for instance). Northam have also updated their production guidance accordingly. Its medium-term target is to produce 1m oz 4E PGMs per year. Potentially, he says that this could well turn out to be the best decade the PGMs have ever had.

The miner reported a 74% surge in normalised headline earnings per share for the six months ended 31 December – 641.5c compared with 369.6c during the same period a year earlier. This was largely driven by higher prices for metals, including platinum, palladium and rhodium, which helped boost profits. Northam said the dollar basket price of the main minerals it mines is up 50% year on year.

“PGMs are a very young industry. We have only been seriously mining PGMs since the 1960s. So, it is not as old as gold. Gold is as old as the hills,” Dunne says.

He says, despite a very bad past decade, the next one could well turn out to be the best decade that this industry has ever had.

A case in point which Dunne mentions is that “you cannot make a dirty car today. The world wants a cleaner, greener and fairer world. PGMs are green metals”.

Dunne says we must not underestimate the growing role of the minor and base metal by-products. Iridium and ruthenium, hydrogen metals of the future, are ticking up, whilst copper and nickel are becoming more important with general global recovery and a focus on infrastructure construction programmes.

Read more
This article originally appeared in the 23 April edition of finweek. You can buy and download the magazine here. We live in a world where facts and fiction get blurred
In times of uncertainty you need journalism you can trust. For 14 free days, you can have access to a world of in-depth analyses, investigative journalism, top opinions and a range of features. Journalism strengthens democracy. Invest in the future today. Thereafter you will be billed R75 per month. You can cancel anytime and if you cancel within 14 days you won't be billed.
Subscribe to News24
Related Links
SPOTLIGHT | Mick Davis on the future of mining
CEO Interview | Innovation spurs Blue Label forth during pandemic
Hard decisions ahead for Gold Fields’ new CEO
Next on Fin24
COVER STORY | The metals rush