An app that unlocks investments for everyone 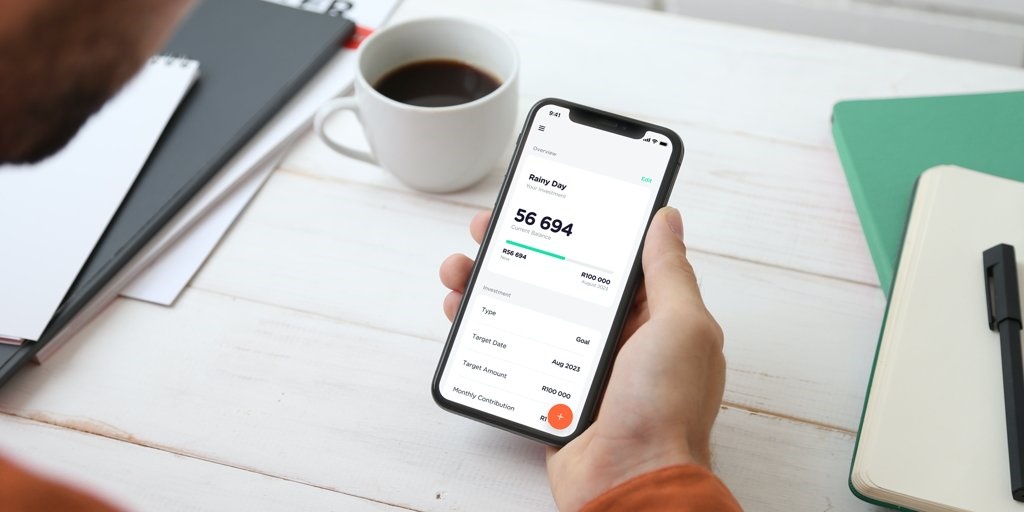 After landing his first corporate job in the research and development team of Discovery in 2015, Dr Thomas Brennan became increasingly aware of the barrier preventing South Africans from investing their money to build wealth, rather than leaving it in the bank where it doesn’t grow as quickly, due to inflation.

He saw numerous financial advisers, but none lived up to his expectations.

“Being a programmer specialising in machine learning,I would use the data they gave me to develop simulations of how their suggested investments would perform, including the ongoing fees. Most did not even bother to respond when I sent these simulations to them via email,” Brennan says.

He was also disillusioned by the high fee structures, minimum investment requirements and the cumbersome application process, requiring the signing and filling in of “endless forms”.On further investigation, he found that he was not the only one feeling at a loss when it came to financial investments.

“SA, at the time, counted among the top five countries in the world, along with Nigeria, Kenya,Ghana and Singapore, with the most Google searches on how to invest money. These countries, in contrast, have some of the lowest investment rates in the world, with SA’s being a measly 5% of the population having discretionary investments,” Brennan says.

Brennan talked to Sebastian Patel, an actuary and friend from university, about his findings after which the two started working on a solution that would be more investor friendly. “Seb and I make a great team, as he has a strong banking background and is highly meticulous, whereas I hate the detail and just want to focus on the innovation side of a business,” Brennan says.

The product was first tested among family and friends and officially launched towards the end of 2018 as Franc. They choose the name Franc in reference to one of Europe’s former currencies, but also the word ‘frank’, which denotes transparency, straightforwardness and openness.

Brennan identifies fundraising as one of their biggest challenges: “We opened for external funding at the end of last year and are only closing the round now.” He and Patel bootstrapped the start-up and used a combination of cash and equity to incentivise early employees, with the equity being calculated based on contributions made each month in terms of anything from sweat labour, capital investments to finders’ fees for sourcing talent.

“The shareholding model has been a first for SA, resulting in a real headache for our lawyer as it has to be transparent, fair and regularly updated to prevent conflict,” Brennan says. The platform runs on a mobile app, which gives users access to the Allan Gray Money Market fund – which has returned 6.7% over the past 12 months but is now lower due to the impact of Covid-19 – and the Satrix 40 ETF, with an annual average return of 13% since inception.

“The investment model is quite straightforward, based on Warren Buffett’s recommendations for retail investors, such as investing in low-cost index tracking equity products that you understand and sticking with long-term value.”

“We believe that most people need a simple combination of cash and equity to achieve their personal financial goals. We’re not trying to reinvent investing, but rather make it more accessible to people.”
Dr Thomas Brennan, co-founder of Franc.

As part of the sign-up process, users complete a thorough personal risk assessment to understand how much investment risk they will tolerate. The app then helps users to understand how much they should invest to achieve their goals. The app is free of charge, but investments are charged at one percent per year, which includes the management fees of Allan Gray and Satrix, but not brokerage and transaction costs.

High digital payment fees were identified as one of the biggest barriers to entry, as a R50 investment, for instance, triggers a flat debit order fee of R8, according to Brennan.

The company has recently seen a big jump in customers.

“Investments increased significantly during the first few months of the Covid-19 lockdown, coinciding with the crash in the stock market, but that dramatic growth has tapered since then in line with the poor economic outlook and discretionary income coming under pressure,” Brennan says.The investment market is competitive, with various companies now incorporating digitech in their services.

Franc’s competitive edge is that it targets millennials and generation Z, with most of its users between the ages of 20 and 30.

“Millennials and Generation Z’ers don’t want to sit with a broker,” Brennan says. This is also why most of their marketing has focused on building the brand and raising awareness via social media and pay-per-click advertising.

The marketing strategy has since moved on to focusing on client acquisition.“We don’t have a big marketing budget, so most of these efforts are aimed at building trust to generate more word-of-mouth referrals. Trust is a really big issue, because of all the fly-by-nights and financial scams out there, which is why people will rather trust recommendations from friends than strangers,” Brennan says.

Franc was the first registered robo financial adviser in SA.The company has participated in Google’s Africa Accelerator and won Stuff’s Best Financial App award in 2020. It also won the Best SA Solution in MTN’s App of the Year award in 2019 and the Best SA Start-up award in Seedstars’ World competition in 2008.

Franc is not yet available to investors from other countries. “The platform is a plug-and-play solution, so it would be easy to use it for other regions, but we need investment products that are available in these countries. We were recently selected to be a part of Ecobank’s Fintech sandbox, a Pan-African bank, which could unlock access to various West and East African countries within the next year or two,” Brennan says.
Read more
This article originally appeared in the 26 November edition of finweek. You can buy and download the magazine here.

We live in a world where facts and fiction get blurred
In times of uncertainty you need journalism you can trust. For only R75 per month, you have access to a world of in-depth analyses, investigative journalism, top opinions and a range of features. Journalism strengthens democracy. Invest in the future today.
Subscribe to News24
Related Links
Mastering the world, virtually
Fighting hunger with digital solutions
Taking the guesswork out of farming
Next on Fin24
Is Africa on Biden's agenda?