Brett Levy, the younger of the two brothers leading the company, talks about the business’ growth and new opportunities lurking around.

When brother Brett and Mark Levy, the joint CEOs of Blue Label Telecoms, started a technology company that provides telecommunications, technical support, data and analytics services, prepaid products, and transactional services to markets in South Africa and abroad in 2007, after years of dabbling in other successful entrepreneurial endeavours, people thought that they were mad.

“When we started out, we said that every single person on earth deserves to have all the products that everyone in the urban areas have.”
Brett Levy, joint CEO of Blue Label Telecoms

The company provided secure electronic tokens of value to the unbanked and poorly-banked people of the world at the time, and still does.

Since the 2000s, the Levys had rightly predicted that all business in the predominantly rural market will eventually go the prepaid route and have been offering affordable, convenient and secure payment for services such as water, electricity, cell phones, bus tickets, funerals, insurance and money transfers.

Two decades later, everyone can now understand what we were trying to achieve, says Brett. “It is about giving products to all people; in whatever format they need to buy it in – it may be R1 or R100. It may be daily or monthly, cash or EFT, insurance, banking, or electricity. It is really about giving everyone in the world the opportunity of being banked and having every product that is available out there.”

Listing the company on the JSE still remains one of the Levys’ highlights since the start of the brothers’ entrepreneurial journey with R35 000 in 1997 and growing it into a R280m-a-year business by 1999, importing electronics from Singapore.

“You grow up seeing all these listed companies and believing that one day you can build a business that can go on the market,” Brett tells finweek.

The company was listed on the JSEon 14 November 2007 with an offer price of between R5.75 and R6.75 apiece, and reported a capital raising of R1.3bn. In its first financial year as a listed entity, the company posted R12.9bn revenue, R371m in core net profit, 48.4c in core earnings per share and continued to show growth for the next couple of years.

The ability to travel the world and set up companies across Africa, India and Mexico, experiencing the world’s cultures and different ways of doing business is another highlight for the Levys, though Brett admits that some turned out good, and some not so good.

Mexico, for instance, was a relatively new frontier for Blue Label, and in 2011 the Levys were optimistic about the country, saying that there were some very interesting things on the horizon in Mexico, that boiled down to products and partnerships; and that “there were exciting things happening there, which if they come off would lead to ramped-up growth”.

Financial results for the company’s six months ended 30 November 2020 show an increase in basic earnings per share from 39.98c to 40.96c, which was primarily attributable to the disposal of the group’s 47.56% interest in Blue Label Mexico, the proceeds of which were R191m.

The performance of Blue Label in the past year managed to remain resilient amid an adverse economic environment brought about by the coronavirus pandemic.

“We were offsite about ten days before the hard lockdown started. We had been preparing for the changes. We were lucky in being prepared,” says Brett.

Inasmuch as one of the hardest parts of the pandemic for Brett was working out how the staff would work from home and what would become of productivity, the latter took him completely by surprise.

“Productivity at Blue Label over the last year has been extraordinary. So many people I have spoken to are also saying the exact same for their business. How they were so impressed by the productivity in their own businesses.”

One of the biggest things he has taken out of the pandemic, on the positive side, is people.

“People are resilient. We are a crazy bunch, but we keep surprising ourselves. We can all be proud in how we have surprised each other throughout the tough times.”

And it is the people he misses most. Specifically, human interaction. As Brett puts it, Blue Label is built on a cultureof interaction with each other inside the company, inside the four walls. Outside interaction with suppliers and customers is also equally important, which he misses and requires as a matter of conducting business.

Event and game ticketing, which is a big part of Blue Label’s business, came to a halt during this time.

“Ticketing is nought,” says Brett, and adds that when you have a look at event ticketing, there has not been an event for a year and it is not quite clear when the next one will be — and if there is an event, how big it will be.

Although it seems normal now, he says “who would have ever thought that you are not going to go to a soccer game or cricket match, or would not go to see concerts?”

But the innovation that came from their ticketing side has been amazing, says Brett, pointing to the various streaming events being held online during the lockdown period, which have been extraordinary for him to witness, including three of Blue Label’s programmes on DStv.

So many times, one gets stuck in your ways that you forget to innovate, says Brett, adding that times like these also give one the opportunity to innovate quicker.

To increase consumer convenience and flexibility, Blue Label launched two products amid the pandemic. One is called a Blu voucher, which is a single voucher in the Blue Label world that covers all their online products. “So, instead of having to buy multiple products from our online products, you can now buy a single generic blue voucher.”

The second product is called Ringas. According to Brett, it is a multiple product for all the networks. Instead of having to buy a Vodacom, MTN, Cell C or Telkom voucher, one can buy a Ringas voucher, and it covers all the networks in one voucher. It was designed and came out during the pandemic.

The problem at Blue Label is not innovation but choosing which product to bring to the market, Brett says.

“We have got quite a lot in the pipeline and it is about choosing which to go with.”

He says Blue Label has another four or five brand new products coming to the market in the next 12 months.

Working with family and leading from the front

Brett says that his and Mark’s duties as joint CEOs rarely cross over on a day-to- day basis, adhering to their split. Brett looks after the recapitalisation of Cell C, which he says consumes a lot of his time; and the wholesale distribution business including Blue Label’s post-paid side.

Mark, on the other hand, looks after the technical side of the company, their whole call centre and data divisions. “People ask, how do you have joint CEOs? I ask, how do we only have two CEOs? You need about six of us,” says Brett.

While they may not always share the same perspectives on the business and issues, Brett says “the experience has been amazing. If you saw us in a board meeting, you would swear that we would never talk to each other again. We do like to go at each other, but then we step out and it is as good as it ever was.”

He says he used to think that him and Mark, who is four years older, were the same – until they went into business together. That is how they realised how different to each other they are.

Nonetheless, they would not have it any other way, he says.

On the leadership front, Brett regards himself as a leader who does it the best from the front. He explains that he doesn’t expect anyone to do anything that he would not do himself.

He also believes that every person deserves a chance to fail.

“This is the biggest part of it all. I am not a hands-on person, watching you every second of the day (some people like that). I am more of a ‘give it a bash and then either fall on your own sword or reap the benefits’ type of leader.”

The new decade for Blue Label

Cell C’s recapitalisation is being finalised, which Brett says he is looking forward to as well as what it will bring the company.

“The company is also going back to basics, doing what it does well, which we have for many years. So, creating more products and more distribution; making it more efficient and convenient for everyone to live in this world.”

Though nobody knows what lies around the corner for any of us, Brett says Blue Label is excited about what the future might hold.

Read more
This article originally appeared in the 8 April edition of finweek. You can buy and download the magazine here. 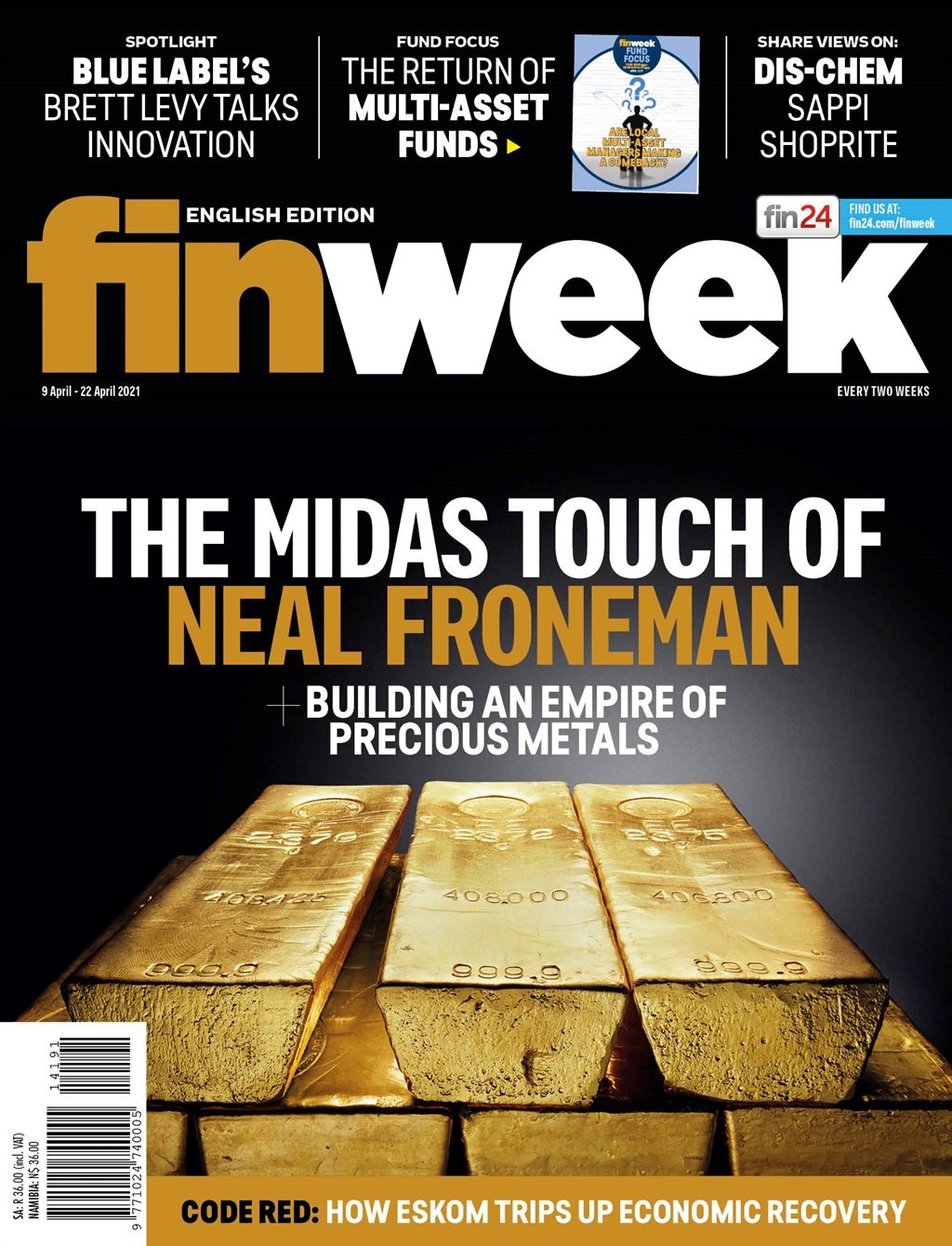 We live in a world where facts and fiction get blurred
In times of uncertainty you need journalism you can trust. For 14 free days, you can have access to a world of in-depth analyses, investigative journalism, top opinions and a range of features. Journalism strengthens democracy. Invest in the future today. Thereafter you will be billed R75 per month. You can cancel anytime and if you cancel within 14 days you won't be billed.
Subscribe to News24
Related Links
CEO Interview | Forging ahead in the passive investing space
CEO Interview | Mick Davis on the future of mining
CEO Interview | Giving a voice to landlords and property managers
Next on Fin24
COVER STORY | The metals rush