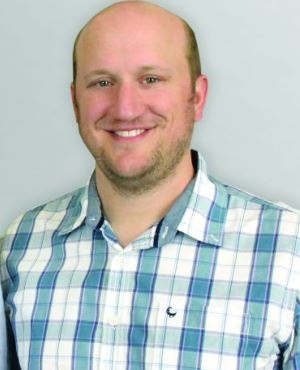 Today, the website lists more than 8m products from roughly 800 merchants and attracts over 2.3m regular browsers per month.

Tucker talked to finweek about his journey with this company.

What did you do before you started PriceCheck?

After doing a computer science degree at UCT, I went on a two-year working holiday to gain work experience in England.

I ended up doing lots of random temp jobs for almost a year until I finally landed a job as a web developer at a web development company, Totally PLC.

During my time in London, I developed an online auction platform, where people had to pay to bid to keep selling prices low.

I sold the platform to a European company after a year and half.

Where did you get the idea to start PriceCheck?

I did a lot of online shopping while in London and on my return to South Africa discovered there weren’t any price discovery or comparison sites like the ones I used overseas to guide my purchasing decisions.

I bootstrapped the first year, writing the platform in my bedroom and launching it in June 2006 with no marketing or fanfare.

The website caught the attention of Onno Staal, a Dutch investor, who ran a similar platform in the Netherlands, and we went into a 50/50 partnership in 2007.

The deal freed up cash to invest in the growth of the company.

What were your biggest challenges when you started out?

It was difficult to monetise the platform, since the concept of “pay per click” was not yet developed.

We generated most of our income through miscellaneous commission on referred sales, especially to Kalahari.net.

Why did you sell the company to Naspers in 2010?

It was a good deal for both parties, since revenue was growing significantly each month and I just turned 30 and wanted to experience a little more of the “good life”.

I stayed on for another ten months, during which I learnt a lot, but thereafter decided to take a break from the corporate world.

Naspers, however, convinced me to stay to work on a sales platform similar to Groupon, but the division was closed down after another seven months.

Why did you buy PriceCheck back in 2015?

I heard rumours that Naspers was thinking of shutting PriceCheck down.

By that time I had developed another platform called Shoppingfeeder that allows retailers and companies to list their products and services on price comparison sites across the globe, so realised the value that PriceCheck could add to this site.

It took eight months of negotiations before Naspers agreed to sell PriceCheck, resulting in Silvertree Internet Holdings becoming the majority shareholder in the platform.

What was the state of the company when you bought it back?

Naspers had spent quite a lot of money on growing the brand, resulting in a lot of brand affinity.

The platform, nevertheless, was running at a loss, so we had to restructure to get back on track.

Hosting fees were way above market prices, too much money was spent on the marketing of the site instead of improving efficiencies, and there were too many freeloaders benefiting from the service.

You also had to retrench people, so I guess staff morale was pretty low?

PriceCheck only had four employees when we sold the company to Naspers.

When we bought it back, the staff component had grown to 40 employees, which we reduced to 15.

It was a tough time, but people voluntarily left after we showed them the poor financial state of the company.

For them, the option was to jump ship while they could still score a few months of compensation rather than leave later when there might not be a safe landing.

Staff morale picked up soon afterwards when the company started making money and they could see we were on a better trajectory.

This actually happened very soon, since we had to prepare for our first Black Friday campaign which was due about three weeks after the takeover.

It also helped that I have a vested interest in the company’s success, which is much better than working for a large multinational where the closure of a division does not really have a big impact on the overall business.

Since then our staff component has grown again to 35 people.

How would you describe your management style?

With no formal business management training, my approach is to keep things simple, do what needs to be done and to lead by example.

How do you feel about flexi-hours?

Our policy on flexi-hours has changed as I became increasingly aware of how much time people are spending in traffic to reach the office.

People are allowed to work from home once a week on prior arrangement and we have two developers who work remotely.

I like the spin-offs of flexi-hours: Firstly, it enhances people’s sense of responsibility but also gives them an opportunity to get in touch with what is happening around them.

You are not going to get this exposure if you sit in the office all day.

Naspers expanded the company into Nigeria. What happened to this division?

Naspers ventured into the Nigerian market in partnership with MTN around 2014, when the country’s economy was booming.

The oil price collapsed soon afterwards, resulting in a huge slowdown in ecommerce and trade in general. We still have a lot of capacity to grow in South Africa, so have shelved the Nigeria expansion for now.

Being the only online platform offering price comparisons, we don’t have any direct competition but ironically compete indirectly with Google, through which we generate most of our browsers, and some of the retailers whose products we list.

What makes us unique is the fact that we are totally independent.

We primarily use Google Ads, email and social media and other remarketing tools like Criteo, but will also run radio advertisements for big campaigns, such as our Black Friday campaigns.

How has the service offering changed since you started PriceCheck?

At first we only did price comparisons based on retailers’ listings, but now also provide sales recommendations based on machine learning and offer product reviews.

Who is your greatest inspiration?

I have never really had a business idol or mentor, but I like stories of people, like Elon Musk, who make it big after taking huge risks to start a company on nothing more than a whim.

The thing is that many of the products entering the market, especially on the digital side, are so new that it’s near impossible to gauge the market potential.

What were some of the biggest lessons you have learnt so far?

From my original partnership – never enter a 50/50 partnership. It resulted in too many deadlocks that over time paralysed the business and soured our friendship.

From my dealings with Naspers, I learnt not to skimp on good lawyers, especially not when you are an amateur company dealing with a huge multinational.

Over the last two years, I have learnt to entrust others with not only the trivial, but also important aspects of the business.

It is extremely hard to stop micromanaging things when you have been doing everything for a company since its inception, yet failure to do so will not only have a negative impact on the company over the long run, but also your own well-being.

Our biggest challenge is to maintain growth.

We will address this challenge by going back to the basics, to improve search efficiencies and product content.

With improved artificial intelligence resulting in companies achieving things now in months what otherwise would have taken years, it is very difficult to predict which way the market is going.

The entrance of Amazon in the local market would, for example, be a total disrupter in ecommerce, resulting in shoppers having access to a much wider variety of products without the costs associated with buying them from overseas via Amazon.

My goal for now is to try and stay relevant by providing excellent service.

Do you have any advice for other aspiring entrepreneurs?

If you have a gut-feel, especially when it comes to digital innovation, go for it.

Don’t get analysis paralysis – take the plunge before someone else does.

This article originally appeared in the 21 August edition of finweek. Buy and download the magazine here or subscribe to our newsletter here.

We live in a world where facts and fiction get blurred
In times of uncertainty you need journalism you can trust. For only R75 per month, you have access to a world of in-depth analyses, investigative journalism, top opinions and a range of features. Journalism strengthens democracy. Invest in the future today.
Subscribe to News24
Related Links
Etsy wants to clean up e-commerce’s act with carbon offsets
Next on Fin24
Cashing in on 'forgotten' food ingredients