Steering a sector through a pandemic 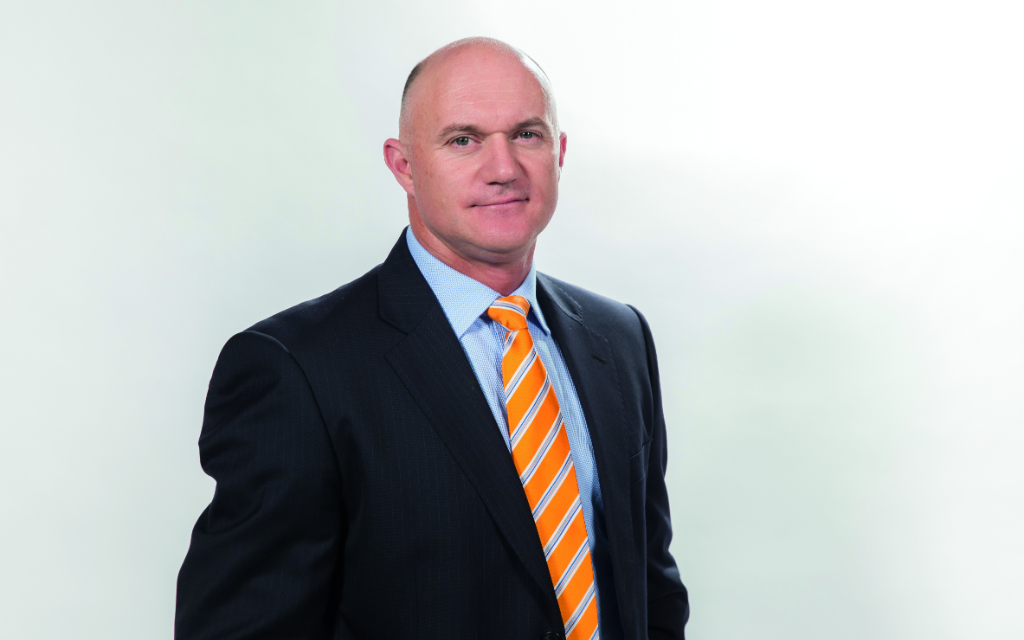 Growthpoint's CEO of South African operations, Estienne de Klerk, has been at the helm of property industry's response to Covid-19.

As the largest South African primary real estate investment trust (Reit) listed on the JSE, Growthpoint Properties has always had an appreciation that the property industry would look to them to take the lead in industry matters.

But it’s unlikely that Estienne de Klerk, CEO of Growthpoint Properties South Africa, ever imagined he’d be navigating a wilting economy and global pandemic simultaneously ... and steering SA’s property industry through the crisis.

“I don’t think anyone in their working careers, even those who’ve retired, have had to deal with something like this where, on top of a weak economy, government closes down the economy physically. It is the toughest thing anybody has ever had to deal with,” De Klerk said in an interview with finweek.

De Klerk has always been involved in industry-related matters. He was an original signatory to the Property Charter, is current chairman of the SA REIT Association (SAREIT) and is a past president of the SA Property Owners Association (SAPOA).

In rallying the troops, he brought together the country’s major real estate bodies SAREIT, SAPOA and the South African Council of Shopping Centres (SACSC) as the Property Industry Group to steer the industry through the Covid-19 lockdown. “We took an active decision as an industry to make sure we pay our staff, our suppliers and financiers. We’ve protected the municipalities, the banks and the debt capital market.”

He was at pains to avoid a situation that was playing out abroad; a stand- off between the real estate industry and its clients on rent, many reverting to legal processes. It’s a goal achieved, in part due to the industry’s rental relief and assistance programme for affected tenants, in particular SMMEs.

Cash flows may not be back to 100%, but De Klerk says the SA property industry is “way past the scenario in the UK where some are only getting 25% of their income”. Locally, Growthpoint’s collections over three months averaged 75%.

The consequence of reduced income

For some months now, property companies have had to deal with weak cash flow that has not covered expenses, nor ongoing capital expenditure. Where to then for cash?

One option is to retain profit, normally paid out to investors in the form of distributions.

Unlike their peers abroad, most SA Reits have been paying out 100% of their distributable earnings. But that’s about to change.

Asked what Growthpoint’s future distributions and payout ratio policy will be, De Klerk replies: “We’ll be debating this at board level once we know what our distributable earnings are [for June financial year-end].

“We are appreciative of the impact it will have on investors that rely on the sector, but in saying that, about 70%of investors are big institutions. Around 85% of Growthpoint’s investors are local and international institutional investors.”

“Those Reits are retaining capital to ensure capex and cover cash flow. It’s a sustainable practice and if you are going to reset, it might as well be to the right level. You’ll probably find that across the board companies will retain a bit.”

Embattled retailer Edcon, now in business rescue, will reduce Growthpoint’s income some what and add to vacancies. Edcon comprises 88 000m2 of Growthpoint space. It contributes just under R220m annually to income; just over 1% of Growthpoint’s entire portfolio.

“It will take time to give a clear answer on the impact to vacancies and income. Some of those stores will probably be taken over in an acquisition; others will take some time to relet,” says De Klerk.

Increasing vacancies and dented income exert pressure on property values. But that’s not just a local story. In the UK, valuations have come under huge pressure, much more so than in SA, De Klerk says.

Despite a possible 10% to 20% decline in values in the listed property sector over a two-year period being cited, De Klerk says valuations are not expected to come off to that extent for Growthpoint’s June financial period. “My gutfeel is maybe 5%.”

And he expects the group’s loan-to-valueratio (within covenantsat 38.2%) to “move up a bit”. Still, Growthpoint has a strong balance sheet with access to liquidity and its interest cover ratio is a healthy 3.5 times.

Putting the brakes on development

“We have pulled the handbrake up as hard as we can and have withdrawn where we think there is any liquidity risk,” De Klerk says when asked about Growthpoint’s development pipeline.

“We still have around R1bn in activity, finishing projects and existing commitments. But that’s demand-driven.”

Years of strong office and retail development have saturated the local market.

Some retail development was in underserviced areas, but often the catalysts were retailers themselves cannabalising their stores.

De Klerk believes the development phase is over. “At best I think you’ll see refurbishments and maybe expansions or improvements at existing facilities.”

Weighing in on opportunities and acquisitions

Growthpoint has entered the market for data centres. “We are well down the line in developing data centres for two large international operators in Midrand ... for their balance sheet,” says De Klerk.

GWI plays mostly in the top-end office space in Poland and Romania. With €600m in cash on its balance sheet, “they are potentially on the front foot looking for opportunities in this environment”, says De Klerk.

Still, given the current environment and industry focus on liquidity and sustainability, acquisitions are generally not on the radar.

“It’s very difficult from a pricing perspective to understand what yield you should be buying at and how sustainable that income is,” explains De Klerk.

Growthpoint’s story is more one of consolidation than growth. It after all has a R160.2bn portfolio, 35.2% of that offshore through Capital & Regional in the UK, Growthpoint Australia and GWI, aside from its local and V&A Waterfront assets.

See all newsletters
Voting Booth
Do you think it was a good idea for the government to approach the IMF for a $4.3 billion loan to fight Covid-19?
Please select an option Oops! Something went wrong, please try again later.
Yes. We need the money.
11% - 896 votes
It depends on how the funds are used.
74% - 5965 votes
No. We should have gotten the loan elsewhere.
15% - 1205 votes
Previous Results
Covid-19 Money Hub
Covid-19 Money Hub - answering your business and money questions during the crisis