The use of digital technologies has allowed FoodForward SA to increase its footprint, better match food surpluses with beneficiaries and reduce costs and food wastage.

The digital platform allows food donors – primarily wholesalers, manufacturers and retailers – to donate their edible surplus food to nearby beneficiary organisations in the FFSA network. The beneficiaries then use the food to cook meals for hungry people within their networks.

Andy du Plessis, managing director of FFSA, explains that food donors upload notifications of food surpluses onto the platform, notifying member organisations of ad hoc or regular collection slots. A notification is sent automatically to three nearby beneficiary organisations, with the first to react to the notification receiving the slot. Distribution data is also updated in real time when the beneficiaries collect the food.

Du Plessis says that having beneficiaries collect the food themselves, instead of FFSA having to distribute the food to them, has reduced the organisation’s fuel costs by roughly 30% and also reduced wastages by shortening the supply chain and the time it takes for the food to reach beneficiaries.

What’s more, it has added transparency to the network by mapping exactly how much and what food went where and when. As most food depots are in cities, FFSA still makes use of trucks – referred to as mobile depots – to distribute food to rural areas once a month.

“We are in the process of adding the mobile depots to our digital platform to directly link them with our Second Harvest Programme suppliers, which is food surpluses supplied from farms. The idea is then for these beneficiaries to collect food themselves, as is currently done with FoodShare in the urban areas,” Du Plessis says.

FFSA was in the process of increasing its mobile depots from eight to 12 at the time of writing.

FFSA was born out of Feedback Food Redistribution, an organisation launched by Bianca du Plessis in 2003, after she saw the huge volumes of food being wasted on film sets.

“Bianca quit her job and then used her own car and funds to collect food from film sets and distribute it to beneficiary organisations,” Du Plessis says.

Feedback Food Redistribution merged with other service organisations, such as the Lions Clubs, and the name was changed to FoodBank SA in 2009, after an introduction to the Global Food Banking Network (GFN) in Chicago.

The organisation was renamed in 2017, after the Reserve Bank told them that the word “bank” was “reserved for commercial banks”.

With the help of GFN and financial support from the National Lottery, the organisation has turned into the biggest food distribution charity in the country.

Food donations from manufacturers, wholesalers, retailers and farmers – either surpluses, food that does not make the market grade or are close to their sell-by date – in combination with financial donations and new efficiencies brought through its digital platform, have also helped to streamline operations, allowing FFSA to provide meals at a cost of only 85c per meal.

As testament to its innovative approach in the battle against hunger, the organisation has over the past three years won The Community Chest Impumelelo Social Innovation Award for Excellence, Service and Innovation; the Old Mutual Staff Volunteer Fund Trust for Recognition of Volunteerism Excellence, and The Canadian Arrell Food Innovation

Award for Global Excellence in the areas of innovation and community impact.

Sourcing food is one of FFSA’s biggest challenges. “Finding food donors and getting them to donate surplus

food is difficult. They usually come on board once they realise the tax benefits and see the direct savings of no longer having to dump or incinerate food,” Du Plessis says.

While outcomes show impact, it is also becoming increasingly difficult to convince donors to support operations.

“More than 200 000 NPOs are registered with the department of social development. The funding pool is shrinking, resources among NPOs are dwindling, while the demand for their services are increasing,” Du Plessis says.

FFSA has the advantage of implementing a unique model. “We are the largest food redistribution charity in the country, with huge logistics and warehouse infrastructure. Also, more than 75% of our beneficiary organisations focus on education, vulnerable children, youth and women, allowing for surplus food to be an important catalyst for social change in underserved communities.”

Du Plessis points out that they are significantly scaling up their efforts to address the impact of Covid-19 over the next 18 to 24 months.

Over 14m people were food insecure across South Africa pre-Covid-19, and this number will drastically increase as millions of people become unemployed due to the pandemic. The United Nations Development Programme forecasts that around 3.2m people will lose their jobs in SA by the end of 2020, and food insecurity will grow as a consequence.
Andy du Plessis, Managing director of FoodForward SA.

To this end, the organisation plans to increase its beneficiary network from 1 005 to 1 500, which in turn will increase the collective number of meals provided. However, an additional R43m would be needed to fund this expansion, according to Du Plessis.

As part of their immediate strategy, FFSA will be expanding its reach into Mpumalanga in October thanks to a donation of R3m from RMB/Spire. The expansion will extend FFSA’s reach to all nine provinces, enabling it to increase its reach to the envisioned 1 500 beneficiary organisations, serving 750 000 vulnerable people daily across SA.
Read more
This article originally appeared in the 24 September edition of finweek. You can buy and download the magazine here. We live in a world where facts and fiction get blurred
In times of uncertainty you need journalism you can trust. For only R75 per month, you have access to a world of in-depth analyses, investigative journalism, top opinions and a range of features. Journalism strengthens democracy. Invest in the future today.
Subscribe to News24
Related Links
Game repositions for the win
Protecting data now fully law
Taking the guesswork out of farming
Next on Fin24
The dangers of printing money 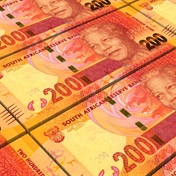