For now, betting on market risk has paid off 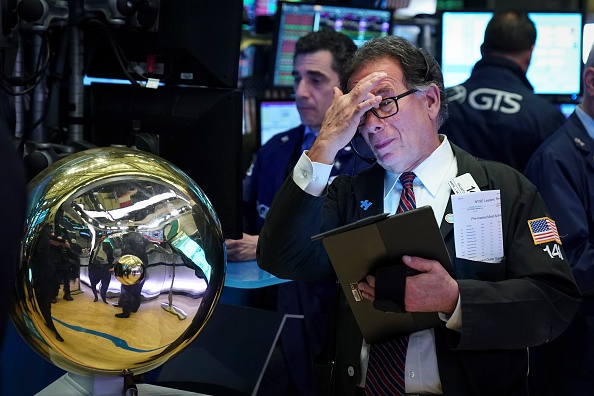 The question now is how the Fed’s new stance on inflation will affect investors.

Despite some pullback from recent highs, the big technology stocks have remained resilient in the face of many challenges. Global tech companies have made a quicker recovery from the 2020 pandemic slump compared with the market setback of 2009.

Back then the recovery was slow and hesitant. It took four years for the S&P 500 to reach a new high after 2009 as the reversal affected a broad-based range of stocks, including big tech. This year, it took six months for the S&P 500 to again trade at its previous high.

But now it has stalled in what some analysts describe as a healthy correction.

Although the technology-rich Nasdaq Composite Index has gained 60% since its March lows, bouts of negativity may yet cause the index to stumble to lower levels.

The tech market is carefully poised at present and dependent on the continued rolling out of new products and maintaining strong earnings.

But those investors betting on risk after the March lows have done much better than those exposed to the languishing traditional sectors such as energy, banking, retail and property.

The big-tech surge occurred despite defying deeply- held conventional market wisdoms. These include that it is prudent to diversify risk; to buy at low levels and sell at high valuations; and preferring solid, asset-rich, dividend-paying enterprises in trying times.

For years, buying Amazon at inflated price-to- earnings (P/E) ratios has benefitted investors embracing risk, while risk-diversifying investors have paid the price with exposure to lame-duck sectors such as retail and energy.

In response, many asset managers have diversified to big tech, including billionaire investment guru Warren Buffett. But dipping your toes into Apple or Microsoft with a 5% or so exposure is not the same as being full weight in the big tech stocks themselves.

It is those investors with a big exposure to Apple, Amazon, Microsoft, Facebook and Alphabet (owner of Google) who are laughing all the way to the bank or into retirement.

Barring an unlikely reversal of easing monetary policies by central banks, the growth among tech stocks is likely to continue for some time yet.

What would then be an appropriate approach to risk investments? Is it not riskier to invest in retail and property stocks, despite many ticking the right financial boxes on undervalued valuations? Does an investment in Microsoft and Amazon not entail less risk than putting money in traditional undervalued stocks?

If the past decade is anything to go by, it certainly seems so. The ghost of the dotcom bubble of 2000 has seemingly finally been buried as  tech stocks staged a remarkable recovery, largely because of the easing environment, with interest rates not set to rise anytime soon.

The US Federal Reserve (Fed) has reaffirmed this view by tweaking its inflationary stance. It now aims for 2% inflation “on average” and not an absolute level of 2%, meaning inflation may rise above 2% at times without the Fed raising interest rates. Although this change may appear trivial, it is an acknowledgement that deflationary pressures may present a bigger problem than real inflation, bearing in mind that the 2% target has consistently been missed.

Which is all good news for big tech stocks on US equity markets.

Paradoxically, the tech surge has paused in response to the new Fed stance as the Fed may not have done enough. The market is seemingly alarmed about the Fed’s stance to boost inflation. Is deflation not therefore the bigger problem? Does it not point to structural deficiencies in the market in Japanese style, where stimulus policies have failed dismally over the past few decades?

However, if the concern remains deflation, tech stocks could once again come to the rescue of the market. They are in an eminently advantageous position to capitalise further on the loose monetary environment. More so than traditional stocks, where the recovery is expected to be slower.

This all could have profound implications for the average investor.

If earnings among big tech companies remain robust, and the tilt towards a global digital economy gains further momentum – and barring any further rising geopolitical tensions between the US and China – tech stocks may even become risk havens in themselves on a more permanent basis. That is if investors can look past short-term reverses and a volatile trading environment.

The past decade has shown it could be riskier to invest in traditional stocks than big tech as the returns have been much lower.

Those investors brave enough to now invest in undervalued traditional stocks may yet enjoy the fruits of turnaround growth in the years to come. But the risk may be bigger as the inexorable march towards a digital future seems set to continue.
Read more
This article originally appeared in the 8 October edition of finweek. You can buy and download the magazine here. We live in a world where facts and fiction get blurred
In times of uncertainty you need journalism you can trust. For only R75 per month, you have access to a world of in-depth analyses, investigative journalism, top opinions and a range of features. Journalism strengthens democracy. Invest in the future today.
Subscribe to News24
Related Links
How big data is changing investment
Where asset managers are seeking returns
Quality bargains up for grabs
Next on Fin24
The dangers of printing money