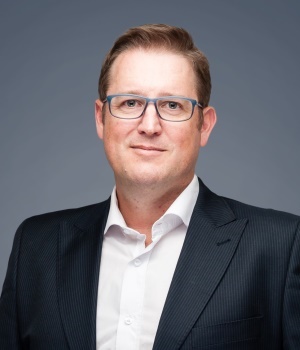 I absolutely love motorsports. Many readers may point out, however, that motorsports have become boring in recent years, mainly because the previous week’s winners (usually Lewis Hamilton or Marc Márquez) typically end up winning the following week’s race as well. To date, between the two of them, they have won more than half of this season’s races.

In the early 2000s, Ferrari took the lead for more than five years, followed by Red Bull’s (Renault) nearly five-year dominance in 2010. Mercedes may have dominated the last five years, but does this give us 100% certainty that they will be able to do it for the next five years? Absolutely not.

Unfortunately, many investors use the same approach when it comes to their personal investments. It doesn’t matter whether it’s a country, a fund or a specific share, the fact that certain investments may have dominated the markets over a certain period of time, doesn’t necessarily guarantee its future success.

Let me explain based on some quotes I have heard recently:

1. “The US has dominated markets in the past ten years, and it will continue to do so over the next ten years.”

I’ve done so before, but I would like to point out, again, that it isn’t wise to recommend to someone that they sell all their South African investments and invest that money in the US, or any other specific country for that matter.

Make no mistake, the US has been a brilliant investment destination over the past ten years, but investors tend to forget that in the preceding ten years, more specifically the period between May 1999 and May 2009, the US didn’t only fail to deliver growth in rand-terms, but actually delivered negative growth for ten years. For ten years! Diversification between SA and the US over the past 20 years would have been a much better option.

Let’s test this theory. Let’s suggest that – for each calendar year since 2012 – you invested in the previous year’s top ten best-performing countries (of the 44 available which offer index funds).

The first comment would come as no surprise – you wouldn’t have invested in SA since 2012. More importantly, by investing in the previous year’s top ten winners, you only would have managed to outperform the average returns of MSCI All Country World Index (ACWI) in two years.

Top 10 best-performing countries of the previous calendar year vs. MSCI All Country World Index (in $)

If you had invested $100 at the beginning of 2012, and had spread your capital evenly between the previous year’s top-performing countries every year, your investment would have been worth $122 as at the end of August 2019, while an investment in the ACWI would have seen your capital grow to $183.

2. ‘Just withdraw all your money from that fund!’

It may be important to do proper homework around the fund managers to which you will be entrusting your hard-earned money, but it’s just as important not to jump between funds constantly.

Let’s use the South African General Equity funds as an example here. Most of these funds use the FTSE/JSE All Share (JSE) as benchmark. Over the past five calendar years (since the beginning of 2014), the top ten best-performing funds have managed to outperform the JSE in that particular year, every year.

But if you had invested in the previous year’s best performers over the same period, you only would have managed to outperform the JSE 20% of the time. It hits even harder when you look at the returns. If you had invested R100 in the JSE at the beginning of 2015, it would have been worth R127 as at the end of August 2019. If you had distributed your R100 investment evenly between the previous year’s top ten best-performing funds over the same period, your investment would be worth only R106.

3. ‘But shares are different. The big guns got even bigger’

There is definitely some truth to this statement. Momentum and large-cap companies have certainly proved themselves on a year-on-year basis over the past few years. But those who focused only on the previous year’s winners, would have paid the price for it. If you had invested in the top ten best-performing shares chosen from the top 40 largest companies listed on the JSE at the end of 2009, your investment would be summarised as follows:

1. You would have been invested in Naspers*, which has grown by 1 000% over the past ten years.

2. You also would have been invested in Steinhoff and Aspen, both of which took severe beatings.

3. 60% of your portfolio would have been invested in resource shares that came extremely close to bankruptcy in 2015. Impala Platinum, despite a good run over the past few years, is still trading 60% lower when compared to prices in 2009.

4. If you exclude Naspers from this scenario, the remaining nine shares only would have delivered a third of the growth of the JSE over the past ten years.

I want to conclude by once again reiterating that a well-diversified portfolio consisting of high-quality investments, is still your best bet to achieve above-average long-term growth. Last year’s star performers simply do not guarantee any success for next year’s performance.

Related Links
Stocks rally as Prosus debuts on the JSE
Implats, Sibanye charge back into Top 40 - while Aspen, Sappi drop out
Emerging markets rarely this bad in August
Share
Next on Fin24
Cash trending towards trash See all newsletters
Voting Booth
How has Covid-19 impacted your financial position?
Please select an option Oops! Something went wrong, please try again later.
I'm not really directly affected
18% - 1659 votes
I am taking a hit, but should be able to recover in the next year
23% - 2179 votes
My finances have been devastated
34% - 3235 votes
It's still too early to know what the full effect will be
25% - 2360 votes
Previous Results
Covid-19 Money Hub
Covid-19 Money Hub - answering your business and money questions during the crisis