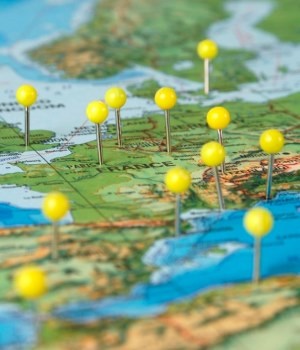 During those five days in December last year when we had three finance ministers, I wrote that I would be moving away from SA Inc. stocks and offshoring my portfolio.

A number of people asked me for more details on how to offshore a portfolio and there are many options – but basically my aim is to earn US dollars or other non-rand currencies.

The first port of call would be a simple US dollar-based bank account (this is my preferred currency).

Your bank should be able to open such an account for you and you can take R1m a year offshore with no issues, and another R4m with Sars approval.

This is a simple passive bank account and, if based in US dollars, will likely receive zero interest until the US interest rates get somewhat higher.

It is important to move money slowly over time; don’t panic and move it all at once.

One can then use this money to fund an offshore stock brokerage account, either via an international broker or via a local broker offering.

This opens up the opportunity to choose from literally tens of thousands of stocks to buy and over 1000 Exchange Traded Funds (ETFs).

Other options produce the same result in that your money is in a foreign currency but held locally.

Here we have the Absa exchange-traded Notes (ETNs) that track a foreign currency.

For example, NEWUSD tracks the rand/US dollar exchange rate and moves pretty much in lockstep with the local currency against the dollar. They also offer euro and sterling ETNs.

The Deutsche Bank x-trackers also cover a range of international markets, such as the US (DBXUS*), UK (DBXUK), EU (DBXEU which is mostly France and Germany) and worldwide fund (DBXWD*).

These are listed on the JSE, but your rands are converted into the currency of the fund and then the underlying stocks are bought. So you get pure offshore exposure, but simply via your JSE brokerage account.

There are a range of locally listed stocks that generate a significant part of their profits in a foreign currency.

For example Richemont* earns pretty much all its profits in foreign currencies, as does British American Tobacco.

This is another really simple and clean way of not only getting improved profits if the rand weakens against the currency they operate in, but also gives you exposure to international markets. Astoria* is another interesting one as it is purely US dollar-based.

Commodities are also an option. While gold is under serious pressure, having hit an all-time high way back in August 2011 at over $1800, it now languishes down at around $1?100.

Yet gold quoted in rands is trading at an all-time high thanks to the weak currency.

But I don’t like this transaction; sure, you have the weaker rand helping your returns but you’re fighting against the weaker commodity prices. For example, platinum in rands is not at an all-time high as the white metal’s price has collapsed even further than gold, losing almost two thirds of its value since its high in 2008.

The same applies to commodity stocks. Sure, the rand price for their commodities may be doing better, or holding up, but costs are hurting and falling commodity prices may well offset any gains from the weaker rand.

*The writer owns shares in Astoria, Richemont, DBXUS and DBXWD.

This article originally appeared in the 21 January 2016 edition of finweek. Buy and download the magazine here.

Related Links
The JSE's five biggest stars
Offshore investing: Just what your portfolio needs?
Cutting your teeth on UK commercial property
Share
Next on Fin24
Use the lower interest rates to pay off debt